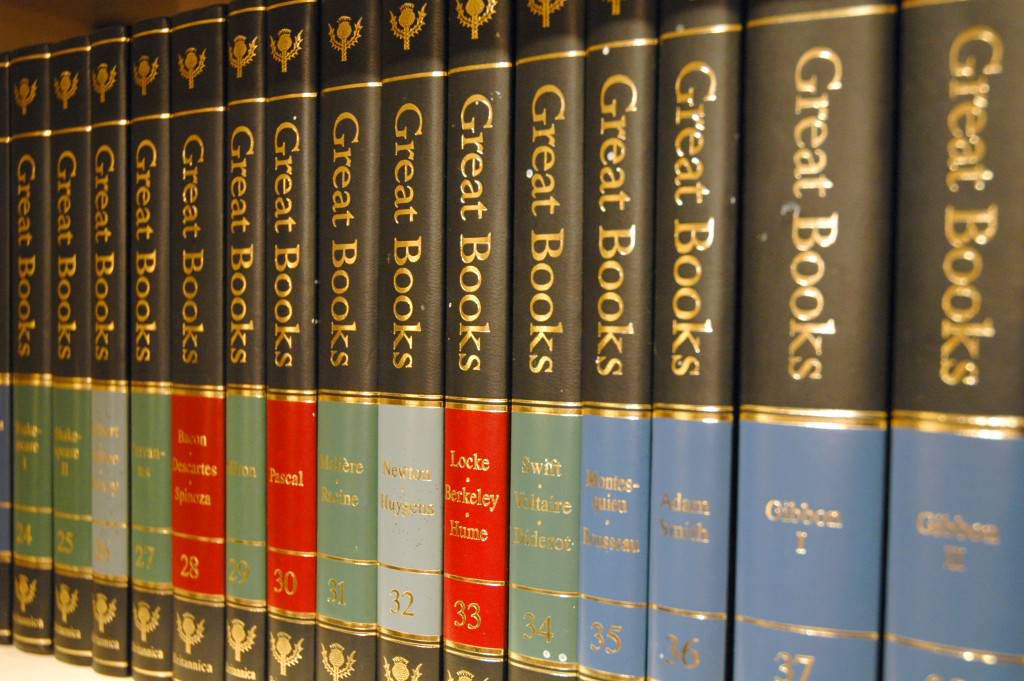 Image by Rdsmith4 via Wikipedia Commons.

I’m not a big fan of book series as a rule, mostly because I’m horrible at reading them-I lose patience, forget what happened in past books, whine if there’s too much backstory or not enough, and holding my interest over the course of more than a book or two is nearly impossible.

But I also like reading mysteries, which is probably the genre most predisposed toward long-running series. Even the very first fictional detective, Inspector Dupin, was featured in a series of short stories by Edgar Allan Poe. So although I’m terrible at reading series, it’s a necessary challenge that I’ve resigned myself to tackling.

Since I’m a hopeless series reader, whenever I start a new book series I feel like I need to formulate a game plan. One doesn’t just wander helter-skelter into a long-running series. You have approach it with purpose and intention, or it will languish forever on the want-to-read-someday pile.

Basically, when approaching a book series you have three options:

One, start at the beginning.
This is the most obvious and logical approach to reading a series. The plus side is that there’s no chance of being confused or feeling lost as you’re reading (unless the books are just confusing and illogical on their own merits, of course). The danger is that the first book[s] in the series might be boring or not as great as later books in the series, and you’ll give up before they start getting *really* good.

Two, start at the end.
One surefire way to know if you’ll like a series as it goes on (and on, and on) is to read the latest book in the series. If it’s amazeballs, congrats! You now have a bunch of books to add to your TBR, and if you read them backwards by publication date, you can always stop if you lose interest. Time wasting averted! The downside to this approach is two-fold: one, spoilers. You always know what’s going to happen. You’re like River Song to the books’ Doctor, and I think we can all agree she can be pretty annoying sometimes. Secondly, in some series the reverse of the problem in the first strategy is true: the early books in the series were awesome, but as the series went on the author lost interest and started phoning it in. In which case you’ll give up before you’ve ever started and miss out on some good books. *sadface*

Three, read the books with no regard to the series’ order WHATSOEVER.
I know my fellow Rioter, Alison, did this with Craig Johnson’s Walt Longmire series and enjoyed it, but I think of all these three methods, reading completely out of order is the one that is to be approached with the most caution. If you think River Song keeping track of the Doctor’s life is confusing, just imagine BEING the Doctor. The downside to this method is obvious: keeping any sort of timeline straight will be probably be difficult or even impossible. The upside is that you don’t have to wait or stall out if you can’t find the next book in a series, as you would if you were reading them in order.

There’s no hard and fast rule over which of these methods to employ. Okay, maybe for some people reading a series from the beginning and in order is the only option, but not for me. I apply different methods depending on what series I want to read.

For example, let’s say you want to start a relatively new series with only four or five books, or less. The first book caught your eye or received a lot of buzz. Why not start reading the series in order? That’s a relatively simple choice.

On the other hand, let’s say you come across a series that’s been going on for DECADES, only you never took any notice of it until a certain book was published. Are you going to forgo reading that one book you’re interested in just because you haven’t read the twenty years’ worth of books preceding it? Your answer to that question probably depends on your patience. I’ve tried it both ways, and for me the answer is definitively: No. I’m going to read the book I want to read. If I like that book, then I’ll decide if I want to continue with the series, and whether or not I want to read it in or out of order.

As for reading out of order, I think this method only works with very specific types of book series. If the books seem to have a lot of backstory, or reference previous events in the series’ history with regularity, or if the characters are still dealing with blowback from events that occurred one, two, or even three books ago, it’s probably NOT a good idea to mix up the order of the series. I did that with the Gabriel Allon novels and it was a complete disaster.

If the books don’t reference past cases or events frequently, however, and seem almost entirely self-contained, reading out of order can be a non-terrible and even pleasant experience. A classic example of this is are the Sherlock Holmes stories. You don’t need to start with A Study in Scarlet to get what’s going on in The Hound of the Baskervilles. And, since the series is so diverse, you can pick and choose what you want to read, when you want to read it, without wading through the other stories first. Just saw BBC Sherlock‘s “A Scandal in Belgravia” and want to jump into the excellent “A Scandal in Bohemia“? You can do it, no problem!

For me, reading a book series is like a marathon. It requires preparation, planning, and consideration. So what are some of your strategies when approaching series, if you have any?