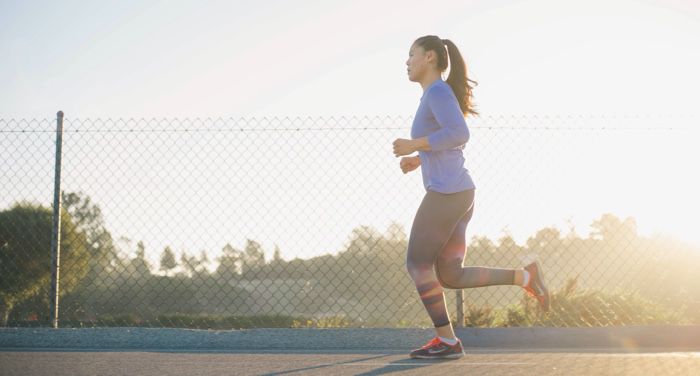 For many of us, reading is an excellent way to run away from our problems and disappear into someone else’s story. For others, it leads them to run their way right to the starting line of the U.S. Olympic Marathon Trials.

Meet Paula Pridgen: professional runner, consumer finance supervisor, and a very wise library patron. On Saturday, February 29, Paula toed the line in Atlanta with the best in the nation to compete for the top three spots to represent America in the marathon in Tokyo this summer.

I’ll be rolling in to Atlanta tomorrow excited, a little nervous, but mostly thankful for the opportunity to race in the Olympic Marathon Trials. . 🏃‍♀️ I’m incredibly 🙏 for my sponsor @oiselle for not only their support but making a dream come true 🌈 by allowing me to be a part of their team of awesome women and to represent such an amazing company. 🏃‍♀️ I also appreciate support from other companies like @rollrecovery for supplying me (and all qualifiers!!!) with their new R4 to make sure we are ready for race day. And like @balega_international which hooked me up with some 🧦 last fall just because they wanted to support my journey. 🏃‍♀️ And, of course, my training partners, teammates, massage therapist @missri , chiro Ryan Danner, friends, and family including my fiancé @franklinkeathley 💕 . 🏃‍♀️ Atlanta, here I come! 🏃‍♀️ 🏃‍♀️ 🏃‍♀️ #atlanta2020 #2020olympictrials #marathon #thankful #trialsbyfire🔥 #hautevolée #flystylefaves #digdeeper #r4

With an English teacher as her mother, Paula grew up going to the library and participating in summer reading programs. She didn’t grow up on the track. She was not a high school cross country prodigy, or a Division I champion in college; running wasn’t even on her radar.

Instead, a recent article in The Charlotte Observer revealed she picked up running in 2012 when she was in her 20s. (She’s covered quite a bit of ground since then, recently finishing 20th in the New York Marathon, 30th in the Boston Marathon, and currently ranking as the 78th fastest American woman in the marathon.)

Part of her running story began in her public library, many miles ago.

Reading as Training (And Trailing After Goals)

“The Charlotte Mecklenburg Library in Uptown was right beside the building that I was working in at the time,” she says, “I was mainly looking for advice on how to train and prepare for the marathon.”

After sifting through a variety of titles, Paula found that Run Less, Run Faster by Ray Moss, Scott Murr, and William James Pierce, as well as Run Faster from the 5K to the Marathon by Brad Hudson were the most helpful: “When I first started training for my first marathon, I had printed out a free training schedule…but after reading Run Less, Run Faster, I switched to using one of its plans. Later, I started incorporating some of the training methods—like hill sprints—from Brad Hudson’s book.”

Reading opened up a new world to her as marathon training revealed itself to be more complicated and confusing than she had realized at first. She humbly remembers, “I had no idea how complicated training for a marathon was at first. I definitely didn’t understand how to read a training plan or the types of workouts.”

Her goals shifted as she became more familiar with running. Aiming to finish the marathon and be pleased with that turned into striving to qualify for the Boston Marathon (which she eventually did, along with later earning her spot at the trials).

Learning about the sport or finding the inspiration to run from within the pages of nonfiction—or fiction—is still not solely reserved for the professionals. A handful of writers here at Book Riot have their shelves to thank as well.

As Paula found, some books house practical, tactical advice on subjects such as nutrition or strategy, tips and tricks and mindsets that can completely change the outcome of a race or training run.

Jessica Plummer, contributing editor at Book Riot, was unsatisfied with calorie-counting nutrition plans. Shalane Flanagan and Elyse Kopecky’s most recent cookbook, Run Fast. Cook Fast. Eat Slow: Quick-Fix Recipes for Hangry Athletes, held the solution. “This book is a response to the chronic malnutrition of female athletes, eschewing calorie counts and encouraging runners to eat delicious, nourishing food full of carbs and fat. It’s given me a toolbox of great ideas that I actually want to cook and eat.”

Accomplishments are best enjoyed when they’re shared. For those who have my new cookbook, you know the story of my friendship with @elysekopecky. Through our work together, I’ve discovered the best ways to fuel and nourish my body to help me achieve my running victories. Women’s running in America also comes with friendships, and I was fortunate to celebrate the achievements of some of my pals on Sunday, too. In celebration of friendship 💗, we’re giving 10 lucky winners a chance to win a copy for them and their friend of choice. Simply tag a friend below. But hurry—this is a race!—the first 10 people win! #runfasteatslow #runfastcookfasteatslow

For me, reading Becky Wade’s Run the World: My 3,500-Mile Journey Through Running Cultures Around the Globe followed by 26 Marathons: What I Learned About Faith, Identity, Running, and Life from My Marathon Career by Meb Keflezeghi and Scott Douglas are two reasons why I signed up for and raced my first marathon last September. Reading about training plans and goal setting pushed me through finishing the most brutal race of my life.

Reading as Inspiration (and Perspiration)

The mental aspect of running is equally as important as the physical; body positivity and understanding there is far more to the sport than the pursuit of speed are important lessons to be learned, on and off the road.

“I am a pretty new runner,” says Amanda Nelson, Executive Editor at Book Riot, “but I really love Mirna Valerio’s A Beautiful Work in Progress—about being a fat black woman ultra-marathoner—and Jill Grunewald’s Running with a Police Escort: Tales from the Back of the Pack—also a memoir by a fat distance runner. I read them both when I first started…I assumed my lack of speed would disqualify me from being able to run often, but these books quickly changed my mind about that.”

The quote, “easy, light, smooth, fast” from Born to Run: A Hidden Tribe, Superathletes, and the Greatest Race the World Has Never Seen by Christopher McDougall has stuck with Jenn Northington throughout workouts. “The idea that I would get to fast by hitting those other three things first was so helpful to me, because speed is often all you hear about when you’re first starting running. I can see my progress on easy, light, and smooth, and that helps keep me from getting discouraged about my time.”

It’s not strictly up to nonfiction to push people out the door in their clean, spotless running shoes for the first time. Book Riot authors Abby Hargreaves and Cassie Gutman found that fiction did the trick.

“99 Days by Katie Cotugno was one of the first books that showed someone running in a way that somehow made it more accessible to me as a non-runner,” Abby says, “with Molly participating in running as something more casual than how I’d seen it described in other stories, I suddenly felt maybe I could do it, too.”

For Cassie, it was Breathe, Annie, Breathe by Miranda Kenneally: “I actually fulfilled a goal of mine to run a half marathon because of this book. I was inspired by her character who hadn’t run before and set goals for herself, and I figured that I could do it too.”

Reading as Magic (And Marathoning)

Thanks to the accessibility of the public library system, running can be as accessible as Paula found all those years ago in Charlotte. While my fellow Book Riot staff members and myself might not find ourselves shoulder to shoulder with America’s fastest women quite yet, we can be united in the knowledge that running and reading both hold magic that’s only a library book away.

Paula racing on Saturday is a perfect example of that magic on the run.

Want to read more about some of Saturday’s racers who are also readers? Check out 8 Books the 2019 Boston Marathon U.S. Elite Women Are Reading.