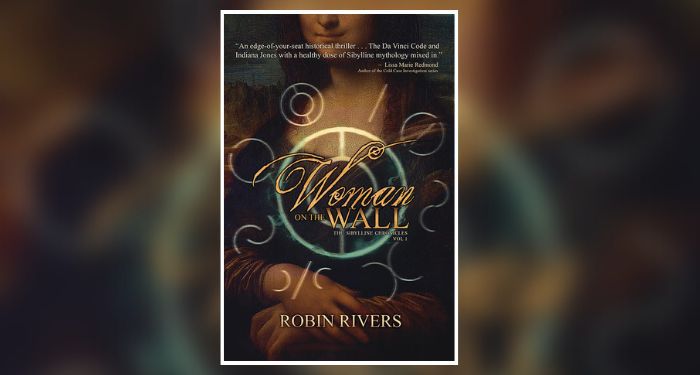 Canadian Readers, Win a Copy of WOMAN ON THE WALL by Robin Rivers!

Shucks! If you'd like to be notified whenever we have a giveaway, subscribe to our Giveaways newsletter using the form below.

This giveaway is sponsored by Robin Rivers.

For 500 years, the once powerful Order of the Sibylline has kept the identity of its future prophetess hidden in the most famous painting in the world. Amid the chaos of post-World War II France, one woman discovers their ancient secret and its ability to transform a fragmented world.

It’s a rich alternate history that binds two women beyond time, each fighting to restore sight to a world blinded by the power and control of men. The fate of the world rests on their courage to reclaim the ancient feminine powers of the Sibylline.

We’re giving away three copies of Woman on the Wall by Robin Rivers to three lucky Riot readers! This sweepstakes is open to residents of Canada (excluding the Province of Quebec). Entries will be accepted until 11:45pm, September 14, 2022. Winner will be randomly selected from entrants who successfully completed a skill-testing question as part of their entry. Complete rules and eligibility requirements available here.