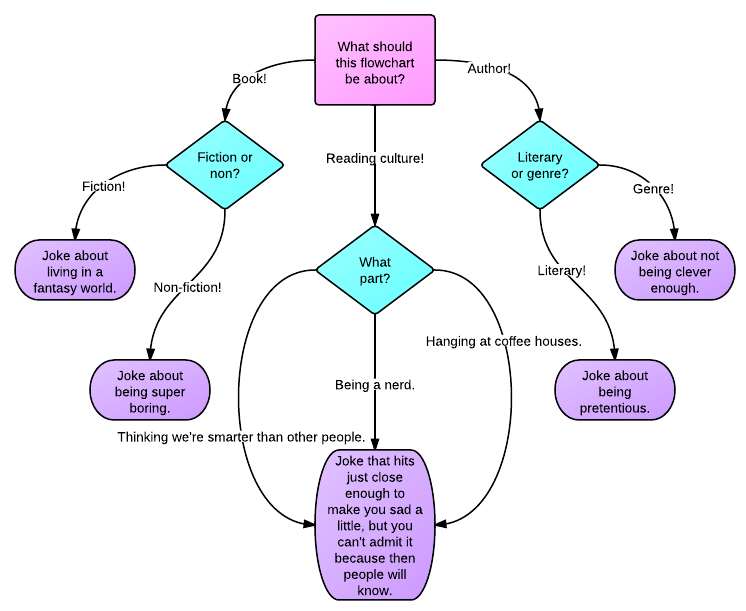 Writer’s Block. Ever had it? It’s a giant bitch.

Some people say deadlines shake them out of writer’s block. Those people are also giant bitches.

You may not think someone who makes flowcharts for not-a-living would be susceptible to writer’s block, given that there’s very little writing involved, typically.  But you would be wrong. This week I was staring down the barrel of Flowchart Friday thinking very seriously about outsourcing flowchart making to some company in Korea for pennies on the dollar.  Like how they animate The Simpsons or write Dan Brown novels.

Instead, I made you a choose-your-own-adventure flowchart. It’s the cop-out of the flowchart community (there isn’t really one because it would just be me staring at the computer screen and praying for the sweet release of a coma). But it made me giggle!

Hey, if you have ideas for next week, hit me up in the comments. I’ll even give you a virtual high-five.

(Plus, it’s like Friday or whatever.  Go pretend to work for a few more hours and it’ll be Friday night.  How bad can any blog post be in this context?)