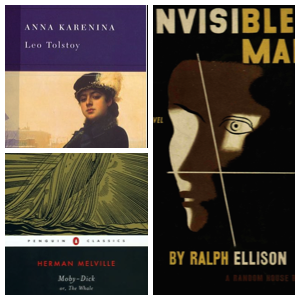 You get the idea. But you know what’s better than purposefully misrepresenting movies for funsies? DOING IT TO BOOKS. Let’s #ExplainABookPlotBadly

The Odyssey: Kid literally tells his mother to be quiet and go upstairs to her room to do crafts.

Walden: Man pens an epic tome about nature and self-sufficiency while living about a mile from a sizable town and having his mom do his laundry.

The Scarlet Letter: A mother and her daughter grow up together in the quiet of the New England countryside. Like, really quiet. So, so quiet. Where are all the neighbors?

The Grapes of Wrath: Rich people are awful to everyone else.

Pride and Prejudice: Wealthy man discovers he can be secretly nice but openly awful to everyone around him because: dolla dolla bills, y’all.

Jane Eyre: Eccentric and grumpy local man leads on a snobby, rich neighborhood girl in order to make a much younger employee jealous.

Moby-Dick: The reader learns everything one needs to know about whale anatomy and the futility of human endeavor.

Anne of Green Gables: Obnoxious girl is tolerated by her community.

The Sun Also Rises: A man is very concerned with his penis.

Dante’s Inferno: Poet designs eternal torments for historical figures and acquaintances of whom he personally disapproves.

Gone With The Wind: Southern woman wastes years pursuing a man who represents everything awful about the South.

The Lottery: People get stoned. In the Biblical sense, not the Dazed and Confused sense.