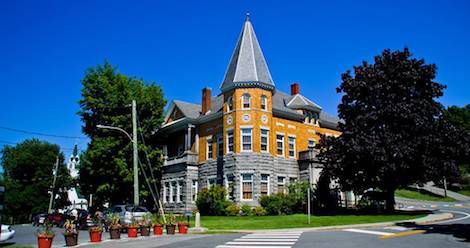 This month we talk about a secret little free library in Syria, a library that operates in two countries at once, a celebration in Australia where all the children read at the same time for one hour, and more.

What It’s About: In war ravished Darayya, Syria, a library safe-space is born: underground, where shells and snipers can’t as easily get to the citizens, who are determined to continue reading, sharing stories and borrowing books, even if that sometimes means taking them to the front lines.

Why I’m Talking About It: This story is to me at the heart of basic human courage, love, survival and defiance in the face of encroaching devastation. In the U.S. we bemoan the lack of funding for library spaces – in Syria a group of dedicated book lovers and educators are making their own secret little free library, and hoping that they can make it to the bombed out space without risking their lives. According to Syria Direct, a nonprofit news source: “Syrian army forces surrounded Darayya, located southwest of Damascus and adjacent to the strategic Mezzeh Military Airport, in 2012. Once a city of 170,000, only 8,300 residents remain today.” Of those 8,300 residents, a group of mostly students have taken it upon themselves to rescue books from bombed buildings and create a library. “We saw that it was vital to create a new library so that we could continue our education,” says one of the library founders. It should be noted that there is also an underground school in Darayya. I’m going to keep my eye on news and pray that both library school and the resourceful, hopeful citizens make it back out to read by the light of day.

The Story: The Only Library in the World that Operates in Two Countries at Once

What It’s About: There’s a library that sits right on the border of Canada and Vermont! “In the last 15 years, though, the common culture of the two towns has been eroded, largely due to the increased emphasis on securing the U.S. border in the years following 9/11….Haskell Free Library and Opera House continues to serve both Vermonters and Quebecers, and remains a transnational space that residents from both the U.S. and Canada can enter without a passport.”

Why I’m Talking About It: HOW COOL IS THIS??? You can enter the library without as a passport as long as you exit the same side you came in. I can’t believe I’ve never heard of this before. It was built deliberately on top of the border by the Canadian wife of a wealthy American merchant. It’s a beautiful-looking building, inside and out. Road trip, anyone?

The Story: The Reading Hour 2016 is Happening Again in Australia on August 16

What It’s About: The Reading Hour is a an annual initiative in Australia promoting reading and, especially, reading to children. It came out of the 2012 National Year of Reading campaign, and this year, 6 – 7pm on the 16th of August has been designated ‘the reading hour’, though there will be events throughout the week in libraries around the country. It is funded by the Australian Library and Information Association (ALIA) and the Public Library Alliance, and sponsored by various state library and library organisations around Australia.

Why I’m Talking About It: Reading with children is an important part of early childhood literacy, something that librarians are well aware of and actively encourage. Some librarians I spoke with during my PhD told me that storytime in libraries isn’t just about reading to the children who attend the sessions, but rather teaching parents and caregivers both how to read to kids and that reading to children is important.

I love that this initiative has become such a treasured tradition on the Australian reading calendar, and that it’s a great boost for books, libraries, and reading.

The Story: San Diego Comic Con to Expand Talk to Librarians and Educators

What It’s About: San Diego Comic Con included special panels for librarians and educators in partnership with the San Diego Public Libraries. These sessions focused on promoting and using comics in libraries and schools.

Why I’m Talking About It: So, maybe my dream is to speak on an SDCC panel. But even if that never happens, I still think it’s super cool that the premiere comic convention is recognizing the role that librarians play in promoting comics and other pop culture media and are partnering with libraries to produce content geared towards librarians and educators. For the last several years, I’ve championed comics and graphic novels as educational tools that can support multiple literacies, and it’s great to see that become the norm in libraries across the country. I also love that including libraries in these type of events can perhaps introduce new people to the awesome, geeky things that libraries are doing and serve as a great tool for outreach into new facets of the community. Bottom line: libraries + comics = awesomeness.

What It’s About: Providing library services to a prison population creates unique challenges, particularly when it comes to creating programs. One librarian in the Saginaw Correctional Facility in Freeland, Michigan, outlines his efforts to provide his patrons with lifelong skills that will help prisoners successfully transition back into society.

Why I’m Talking About It: As the author of this piece states, a librarian’s passion for helping her patrons is the same no matter where she works. I find the efforts of Ervin Bell, the librarian at the Saginaw Correctional Facility, extremely inspiring and admirable. Despite working within state-mandated restrictions on materials and access (internet access is not permitted, for instance), Bell endeavors to provide basic financial literacy classes as well as programs focusing on topics like alcoholism, substance abuse, cognitive restructuring, anger management, parenting skills, employment and job skills. Bell also provides creative writing contests and movie nights with corresponding discussions. While this piece focused on one librarian working within a prison system to bring programming to his patrons, here’s hoping it will become a more commonplace practice.

The Story: The Last Free-Ranging Cat in Illinois

What It’s About: Litchfield Public Library is the last Illinois library to have a cat living in it (aside from Richmond’s Nippersink library, where the cat resides in the staff offices). The piece isn’t about the cats so much as about why there’s been a decline in library cats in recent years and why it is boards are saying no to having them around.

Why I’m Talking About It: I am a massive cat lover, but I have always had concerns about animals inhabiting the public library. Aside from the obvious allergy concern, there’s concerns about damage, about the financial liabilities/responsibilities, and perhaps the thing I think about most: making an environment unwelcoming to people who simply do not like or are afraid of cats. The public library serves the people, not the animals, and as much as it is sweet to see these kitties (I love seeing them!), if you’re making your space unwelcoming to a segment of the population, then you’re not fulfilling your role as a public library. I won’t be surprised if we continue seeing a decline in library cats, and I don’t think that’s a bad thing.

(Bookstore cats are, of course, an entirely different story, as bookstores are private businesses and are not founded on the belief of access and service to all).