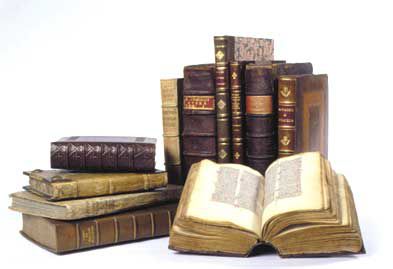 1. Death in Venice by Thomas Mann

Ol’ Gussie thinks to himself, “hmm, that Tadzio is pretty smokin’, but he’s just not worth kicking the bucket for- I’d rather avoid cholera or malaria or whatever and find me some other hot thing,” and leaves Venice on the next boat. So simple!

God thunders, “yo, you guys broke the rules, outta my garden!” and Adam and Eve are like, “oh, man, we’re super sorry, God, um, if we trim some animals’ claws and tidy up a bit around here, could we maybe stay? Cause we’re REALLY sorry. Won’t happen again.” And God’s like, “wellllllll…..ok, one more chance. But I’m watching you.” Adam and Eve clean their hut up and take care of the animals better and they get to keep their chill digs.

After Amy and Arthur finally declare their love, blah, blah, blah, and Arthur says “marry me, babe!” Amy should have said, “ok, cool, but first we have to go all around the town and beat the crap out of all the people who treated us like dog poop,” and Arthur’s like, “rockin’!” and they kick some well-deserved ass. The End.

4. The Iliad by Homer

The clueless Trojans are about to let in the pretty horsie when someone stands up and says, “are you guys INSANE? I don’t know, but I’m gonna guess that that horse is bad news, considering we’ve got the enemy at the gates, etc. So, ixnay on the orshay! Seriously!” and some of the non-brainless people are like, “yeah, girl’s got a point,” and they say, “no thank you!” to the guy delivering the horse.

5. Beowulf by some unknown dude

The monster is about to wreak himself some good-old-fashioned havoc at the local mead hall when one very brave Dane steps up and says, “You, freaky monster thing! Just tell us what you want!” and Freaky Monster Thing says, “Uhhhhhhhrrrrr, me want cookie and mead.” So the Danes are like, “well! If that’s all you want…” and the monster sits down to a big feast of cookies and mead. And then he goes home to his mommy (who lives under a lake) and she puts him to bed.

6. The Magic Mountain by Thomas Mann

Hans finds out that World War I is going down and decides, eh, he’d really rather not do that whole killing/maiming/shooting/gassing thing and just stays at the sanitorium with his cuz Joachim, sipping lemonade and checkin’ out that hot Claudia Chaucat chick.

7. Murder on the Orient Express by Agatha Christie

Poirot did it! (Figure that one out!)

8. Waiting for Godot by Samuel Beckett

One dude says to the other dude (after about a minute)- “Godot’s not coming, let’s split.” And they split.

9. Romeo and Juliet by Shakespeare

Romy and Jule see how thick-headed their families are being and run off to Vegas. Problem solved!

10. “The Awakening” by Kate Chopin

Edna is about to hurl herself into the ocean when she thinks, “wait, I’m doing this because of some little punk? Screw that!” and has herself a nice little swim, returns to the beach, and suns herself while reading a romance novel.