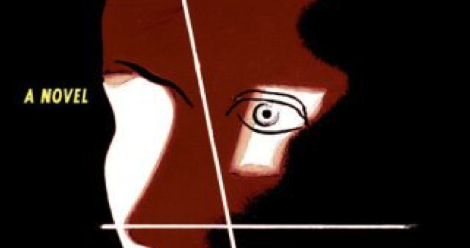 Hulu has an adaptation of Ralph Ellison’s classic, Invisible Man, in the works.

Variety reported earlier today that the project is in early development, with no script as of yet, and that Hulu acquired the rights to the novel earlier this year from the Ralph and Fanny Ellison Charitable Trust.

So far, there’s plenty of reason to expect that Hulu can pull this off—and do it well. They’ve had a tremendous amount of success with book adaptations so far, winning eight Primetime Emmy Awards for their bleakly effective rendition of The Handmaid’s Tale by Margaret Atwood. The show won best drama series as well as a best actress nod for Elisabeth Moss, who played Offred.

But readers might be justifiably both excited and nervous for an adaptation of one of the epics of 20th century American literature. Ellison tells the story of a nameless main character, whose life moves from the rooted racism of the deep South to the coded, paternalistic manipulation of white men in New York City. Ellison’s character considers himself rendered invisible socially by the color of his skin.

When published in 1952, the novel was an instant classic. The novel won the National Book Award in 1953, beating out Ernest Hemingway’s The Old Man and the Sea and John Steinbeck’s East of Eden. It was hailed for its language and form as well as subject matter—Ellison used a unique, improvisational language inspired by jazz.

In his acceptance speech for the award, he said that he wanted to challenge the rigid realism of literature of the time, because he felt it didn’t represent the greater uncertainty, fear, and hope of him and so many other Americans. He wanted to evoke a prose “which would make use of the richness of our speech, the idiomatic expression, and the rhetorical flourishes from past periods which are still alive among us.” The adaptation will have to find a way to incorporate the tone that Ellison’s prose provokes in the reader, the jazz, the dialogue, that is first introduced in his opening lines:

“I am an invisible man. No, I am not a spook like those who haunted Edgar Allen Poe; nor am I one of your Hollywood-movie extoplasms. I am a man of substance, of flesh and bone, fiber and liquids—and I might even be said to possess a mind. I am invisible, understand, simply because people refuse to see me. Like the bodiless heads you see sometimes in circus sideshows, it is as though I have been surrounded by mirrors of hard, distorting glass. When they approach me they see only my surroundings, themselves, or figments of their imagination—indeed, everything and anything except me.”

Are you excited for Hulu’s adaptation? Nervous? Let me know in the comments.