Never fear; superpowered teens are here! Take a look at the cover for the third book in C.B. Lee’s Sidekick Squad, Not Your Backup, out June 2019. Check out the synopsis below, and keep scrolling to read an excerpt from the novel! 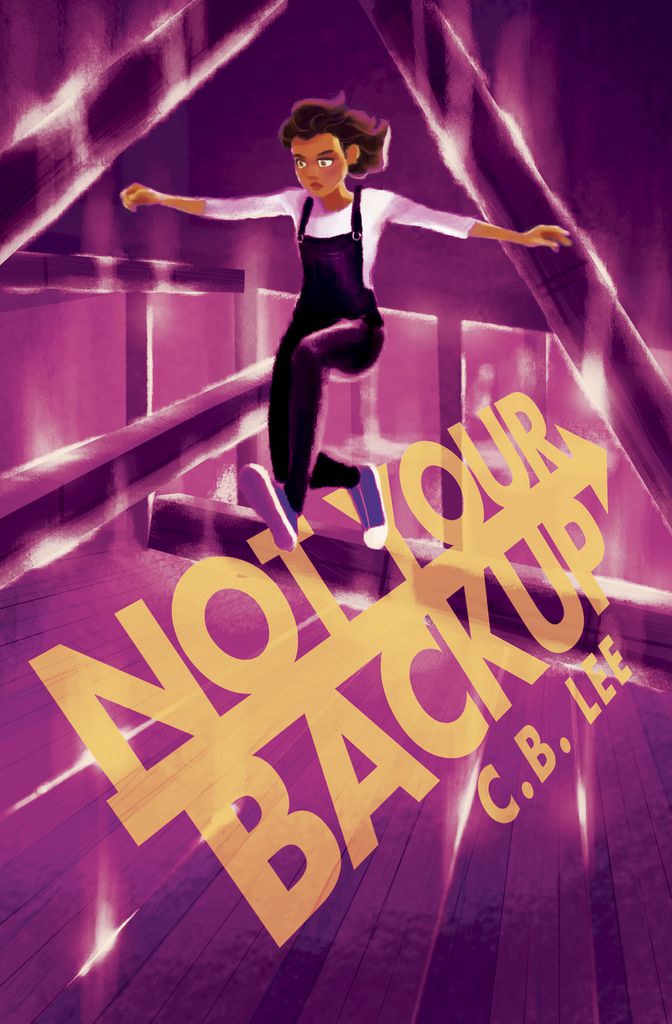 Emma Robledo has a few more responsibilities that the usual high school senior, but then again, she and her friends have left school to lead a fractured Resistance movement against a corrupt Heroes League of Heroes. Emma is the only member of a supercharged team without powers, and she isn’t always taken seriously. A natural leader, Emma is determined to win this battle, and when that’s done, get back to school. As the Resistance moves to challenge the League, Emma realizes where her place is in this fight: at the front.

Lambda Literary Award finalist C.B. Lee returns with the third book in her bestselling Sidekick Squad series, which has garnered both critical acclaim and fans for its joyous tone and inclusivity.

Read an Excerpt from Not Your Backup

Available June 4, 2019 from Duet Books, the YA imprint of Interlude Press

The car rumbles into the turn, tipping precariously to the right as it careens just a little too close to the edge. The turn threatens to send the creaky vehicle off the cliff along with the headstrong driver and nervous passengers. Someone much more practical wouldn’t have taken the turn so wide, wouldn’t have been going downhill at such a terrifying speed, wouldn’t have dared defied the law of gravity. A cautious, responsible driver and citizen educated by the Manual Driving Authority of the North American Collective would have never risked it.

Emma Robledo is neither cautious nor responsible.

She laughs, whooping wildly and pumping her fist into the air. Her stomach drops as the car flies down the dirt trail, and she speeds through the next few turns. The road is all downhill from here, hugging the curves of the trail. Dust flies into the wind, and the kiss of adventure is in the air. She pushes her heart-shaped sunglasses to the top of her head; excitement pulses through her as steadily as the rhythm of her beating heart. Today is the day. Today, the Resistance will take action against the League. Their little contingent is small, but they’re ready. Emma’s more than ready. She’s been planning this for weeks.

The steering wheel is warm under her calloused hands, and Emma can’t help but grin. Pebbles fly out of her sight off the cliff, and her heart rate speeds up with the thrill. She steps on the accelerator, pushing the car to go even faster, and jerks the steering wheel sharply, pulling the car out of the turn. The sun beams on the desolate wilds of the Unmaintained lands ahead of her; the desert seems wide open with possibility. Ahead of them, wavering in the heat, a single, shining, metal maglev rail reflects the afternoon light. It seems out of place in the expanse of the desert as it cuts through the red and gold sandstone and the endless scatter of cacti and creosote bushes. The high-speed hovertrains that connect the otherwise-isolated cities of the North American Collective are a lifeline, carrying everything from travelers to food to supplies across the barren wastes.

Today’s manifest? Three-hundred-forty-seven MonRobots, all of them from the brand new MR-D4R series, right off the factory line.

Emma shudders, trying to block the memory of running for her life from the cold, silvery gleam of the relentless robots. Unlike the earlier chore-assistant series from Monroe Industries, the new MR-D4Rs are fully furnished with a new “security” program. But Emma’s seen firsthand what harm the new bots can do. Now there’s one in practically every household—a sleeping robotic force that could awaken anytime and be used against anyone the League deemed a problem.

A gleam flashes on the horizon. The train is approaching. They have mere minutes.

Everything is going according to plan.

“We’ll be there right on schedule!” Emma announces.

“Slow down!” Ricky screeches. “Why did we have to drive? We could have just had Tanya teleport us right onto the train.”

Tanya’s voice trails off as Emma jerks the wheel sharply again to pull the car out of another turn just before the car veers into the canyon.

“Sorry, I meant Sasha could teleport us, but you both totally have been on a hovertrain before,” Ricky says.

“Robledo, slow down; you’re gonna get us all killed!”

Sign up to Today In Books to receive daily news and miscellany from the world of books.
Thank you for signing up! Keep an eye on your inbox.
By signing up you agree to our Terms of Service
#News#Science Fiction/Fantasy#Young Adult Literature#cover reveal