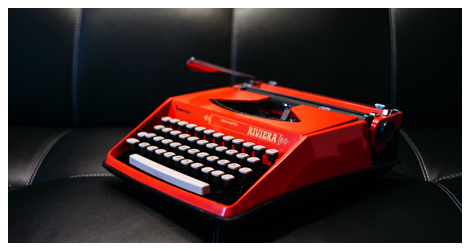 This is a guest post from Cecilia Lyra. Cecilia is a writer with a reading addiction, a lover of wine and all things chocolate, and the proud mother of Babaganoush, an English Bulldog. She is also a recovering lawyer, but asks that you do not hold that against her. Follow her on Twitter: @ceciliaclyra

I’ve been introducing myself as a writer for almost two years (1 year, 7 months, and 3 days – but who’s counting?) and it hasn’t gotten any easier. I’m a member of enough writers’ communities – both online and in-person – to know that the sentiment is fairly common: unless one is Published (yes, with a capital P), calling oneself a writer is always a little uncomfortable, in no small part because a lot of folks look at us, writers, in the same humoring way they look at a six-year-old who claims she’s going to be an astronaut when she grows up.

But there’s one identity that I’ve always been comfortable with: reader.

I am a reader. And, if you’re reading this, you most likely are one, too.

But how, you might ask, did I make the transition from reader to writer? And, furthermore, is it even a transition? Are good reads a gateway for good writing? I say it is! Or at least it can be, for certain people. And perhaps you’re one of them! Here are a few signs that might indicate that, in addition to being a reader, you are also a writer (even if you haven’t written anything yet):

I cannot tell you how relieved I felt when I heard Yann Martel (Life of Pi) explain how, in the beginning of his career, he’d catch himself writing in a voice that mimicked the one of the author he was reading at the time. So many beginner writers do it! It takes writers a while before finding their own voice and a good way to explore is to mimic an experienced author’s style. If you’re an avid reader who also carries the writing gene, you’ve probably caught yourself narrating your life. So, if you’re ever at a work meeting and catch your mind doing something like this: “She knew that, as a woman, she shouldn’t demand, shouldn’t enforce, because to do these things would be considered threatening and grating to the men in the room – but lodged in her throat was a complaint, one that had been there for far too long, and today she felt it breaking loose, flying from her esophagus like a newly-freed bird.” Then, my friend, you are a writer. (Also, as a side note: go ahead and speak your mind at that meeting!)

Were you the eleventh member of the Babysitters Club? Did you grow up alongside Harry Potter? Or perhaps you were a Judy Blume aficionado (#TeamSuperfudge)? Whatever your childhood literary poison, if your imagination would conjure up wholly new adventures for your favorite characters, sometimes even writing these ideas down in the form of a potentially plagiaristic novel, then there might be a writer living inside you. In my opinion, writers are born, not made, and so it makes sense that the signs of a writer would be detected early on.

Whether you use an e-reader or read on a paper book (which should not be referred to as a proper book, thank you very much), you are in the habit of highlighting, underlining, writing on the margins, and even adding a post-it (or twenty) to your otherwise black and white pages. You do this because, as a reader, you appreciate good writing, and because, as a writer, you instinctively know that guided reading is arguably the best way to improve one’s work.

We live in the age of social media, which means that most readers with a Twitter handle chat up their favorite authors from time to time. But you’re on another level: you send her ideas for novels, short stories, personal essays, and sometimes even argue – not your proudest moment – with her about character motivations and a controversial plot twist. You also gently insinuate that a sequel may be in order (ok, you flat out beg for one), and suggest a theme for a new book. While it might seem as though you have no life and are living vicariously through @jodipicoult or @rgay, you might just be channeling your inner writer in the wrong direction (meaning not towards your computer screen or pen and paper).

So, if you read the signs above and thought, Moi! then it might be time for you to crack open your laptop or notebook and start your journey as a writer! Can you think of any other signs of a reader-writer? Let me know!