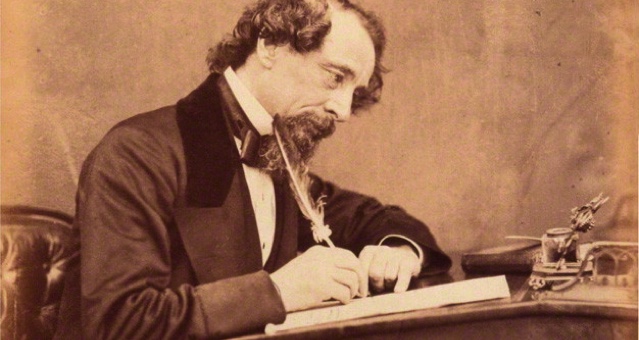 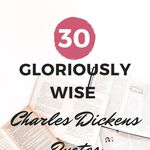 Charles Dickens was one of the most prolific and popular writers of the Victorian Era, writing 15 books and dozens more short stories, essays, and novellas. His books are synonymous with the word “classic,” and indeed, Dickens has penned some of the most infamous quotes of “classic literature”. I mean, when you see the phrase “Bah, humbug” you know exactly where that is from, what character said it, and who wrote it. Talk about words that endure! Below you’ll find a small selection of 30 of the best Charles Dickens quotes, gathered by someone who has been a lover of his work since age 12. What can I say, I love that wordy man! 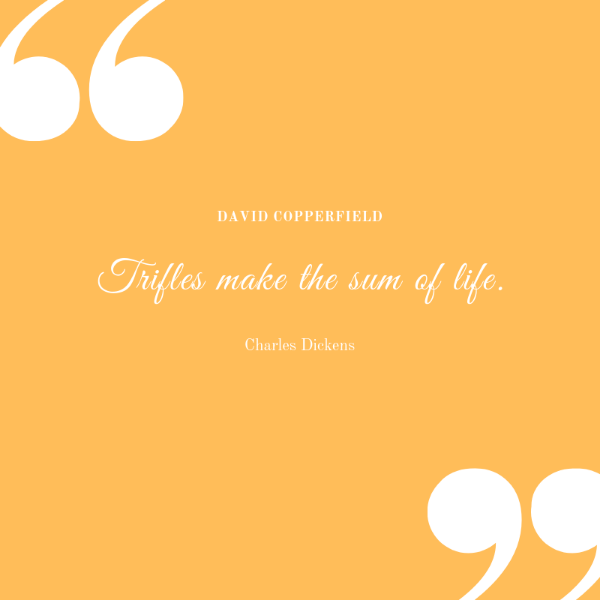 “It is a fair, even-handed, noble adjustment of things, that while there is infection in disease and sorrow, there is nothing in the world so irresistibly contagious as laughter and good-humour.” —A Christmas Carol

“From the death of each day’s hope another hope sprung up to live to-morrow.” —The Old Curiosity Shop

“One always begins to forgive a place as soon as it’s left behind.” —Little Dorrit

“I admire machinery as much is any man, and am as thankful to it as any man can be for what it does for us. But it will never be a substitute for the face of a man, with his soul in it, encouraging another man to be brave and true.” —Wreck of the Golden Mary 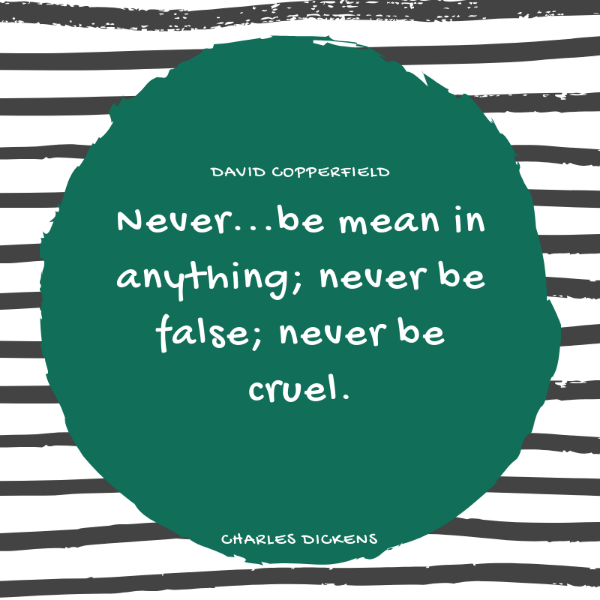 “There are talkers enough among us; I’ll be one of the doers.” —Barnaby Rudge

“Never,” said my aunt, “be mean in anything; never be false; never be cruel. Avoid those three vices, Trot, and I can always be hopeful of you.” —David Copperfield

“A word in earnest is as good as a speech.” —Bleak House

“I hope that real love and truth are stronger in the end than any evil or misfortune in the world.” —David Copperfield

“There are dark shadows on the earth, but its lights are stronger in the contrast.” —The Pickwick Papers 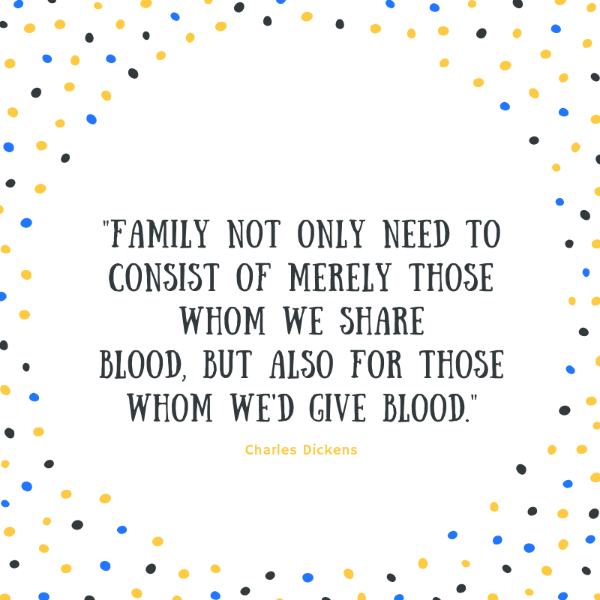 “A silent look of affection and regard when all other eyes are turned coldly away—the consciousness that we possess the sympathy and affection of one being when all others have deserted us—is a hold, a stay, a comfort, in the deepest affliction, which no wealth could purchase, or power bestow.” —The Pickwick Papers

“It is a melancholy truth that even great men have their poor relations.” —Bleak House

“Family not only need to consist of merely those whom we share blood, but also for those whom we’d give blood.” —Nicholas Nickleby 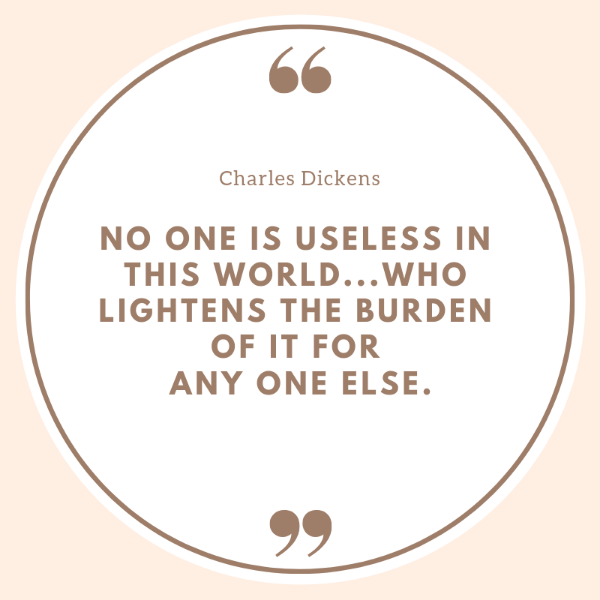 “Fan the sinking flame of hilarity with the wing of friendship; and pass the rosy wine.” —The Old Curiousity Shop

“No one is useless in this world,” retorted the Secretary, “who lightens the burden of it for any one else.” —Our Mutual Friend 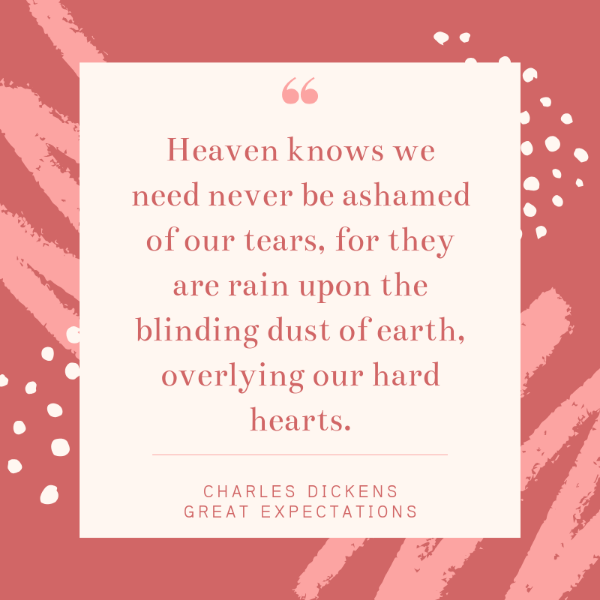 “The pain of parting is nothing to the joy of meeting again.” —Nicholas Nickleby

“It is because I think so much of warm and sensitive hearts, that I would spare them from being wounded.” —Oliver Twist

“There are chords in the human heart—strange, varying strings—which are only struck by accident; which will remain mute and senseless to appeals the most passionate and earnest, and respond at last to the slightest casual touch.” —The Old Curiosity Shop

“Heaven knows we need never be ashamed of our tears, for they are rain upon the blinding dust of earth, overlying our hard hearts.” —Great Expectations

“The beating of my heart was so violent and wild that I felt as if my life were breaking from me.” —Bleak House

“Whether I shall turn out to be the hero of my own life, or whether that station will be held by anybody else, these pages must show.” —David Copperfield

“Suffering has been stronger than all other teaching, and has taught me to understand what your heart used to be. I have been bent and broken, but—I hope—into a better shape.” —Great Expectations

“I will honour Christmas in my heart, and try to keep it all the year. I will live in the Past, the Present, and the Future. The Spirits of all Three shall strive within me. I will not shut out the lessons that they teach. Oh, tell me I may sponge away the writing on this stone!” —A Christmas Carol

“But injustice breeds injustice; the fighting with shadows and being defeated by them necessitates the setting up of substances to combat.” —Bleak House 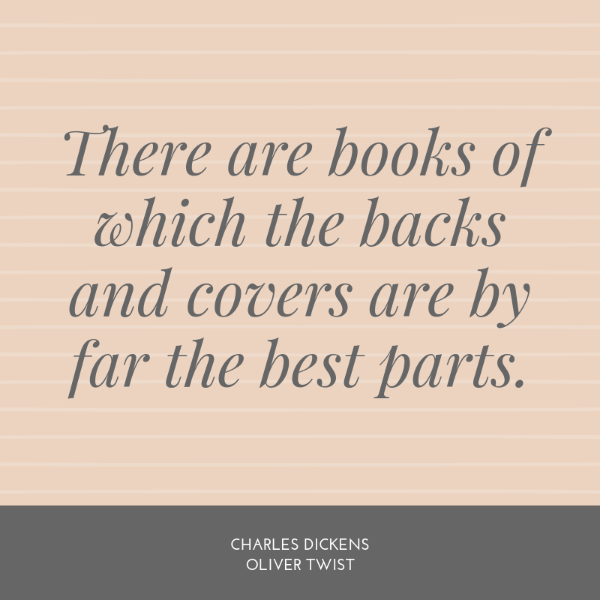 “In the majority of cases, conscience is an elastic and very flexible article.” —The Old Curiosity Shop

“There are books of which the backs and covers are by far the best parts.” —Oliver Twist

“It is an old prerogative of kings to govern everything but their passions.” —The Pickwick Papers

“But, tears were not the things to find their way to Mr. Bumble’s soul; his heart was waterproof.” —Oliver Twist

Looking for even more Charles Dickens quotes? We have a collection of A Christmas Carol quotes here.