I overspent my “books and entertainment” budget (with an emphasis on books) within the first three months of the year, so I’m currently under a self-imposed book buying ban to make up for the [rather large] deficit. Still, I’m a book magnet. If I can’t buy books, they’ll find their way to me. This past month a boatload of review copies, readable birthday gifts, and one pre-order found their way to my doorstep. Here are just a few of my most recently acquired books, books I finished, and what I’m planning to read next. 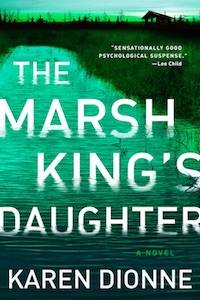 Did you read Room and wonder how Jack turned out once he grew up? Well, Helena, the protagonist of The Marsh King’s Daughter, is Jack if he had grown up in the wilderness hunting bears and been raised with less maternal care and a lot more involvement from his rapist father. It’s been fifteen years since Helena left the swamp where she grew up. She’s married with kids (though her husband doesn’t know the secret of her origins), her mother is dead, and her father is behind bars…until he escapes and disappears into the dense marshland of Michigan’s Upper Peninsula. Helena knows the police will never find him; her father knows the marshland like the back of his hand and is skilled at covering his tracks. The only other person who knows the marshland that well is Helena, so she sets off on a one-woman manhunt. I’ve been rooting around for a good thriller/suspense/mystery novel to read lately and this seems like just the ticket. 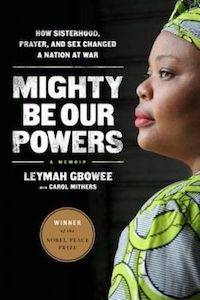 Mighty Be Our Powers by Leymah Gbowee with Carol Mithers

Leymah Gbowee is from Liberia, where, as a young woman, she endured domestic abuse and survived the horrors of civil war. In 2003, Gbowee helped organize and lead the Liberian Mass Action for Peace, a protest that joined Muslim and Christian women in solidarity against Liberia’s brutal president and rebel warlords. In 2011 she won the Nobel Peace Prize for her actions. In Mighty Be Our Powers she tells her story and proves that women can accomplish anything when we stand united. I heard about this book on The Book Castle (a BookTube channel) and strongly hinted that I wanted a copy for my birthday. (It worked!) 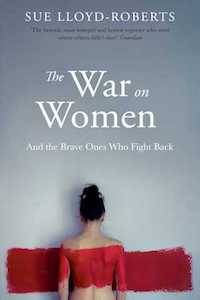 The War on Women by Sue Lloyd-Roberts

Sue Lloyd-Roberts, who passed away in 2015 shortly after completing this book, spent forty years as a journalist reporting from all over the world. During her travels, she witnessed numerous unspeakable atrocities committed against women. The War on Women takes readers along on a global tour of misogyny and highlights just how far we still have to go before true equality is achieved. I can’t remember where I first heard about this book, but whatever I heard was compelling enough that I pre-ordered the new paperback version months ago. 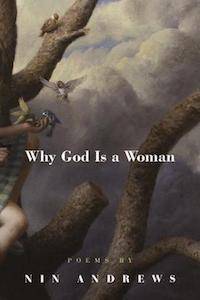 Why God Is a Woman by Nin Andrews

Why God Is a Woman is a collection of interconnected prose poems that tell the story of an unnamed male narrator who grew up on an island ruled by women. In this fantastical world, men have wings, all women look like Angelina Jolie, and the patriarchal gender dynamics of our world are flipped on their head. Men are expected to stay at home to care for their children, are valued primarily for their appearance and domestic talents, and are the regular targets of sexual harassment and even kidnapping and enslavement. The concept is remarkable but the execution is directionless and somewhat muddled. I wanted to like it but it just wasn’t for me. 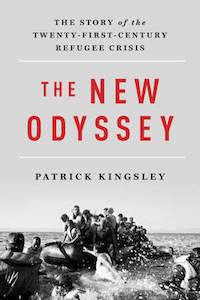 The New Odyssey by Patrick Kingsley

Patrick Kingsley traveled to seventeen countries and interviewed refugees, smugglers, coast guard officials, politicians, and European citizens in his position as the Guardian’s first migrant correspondent. The New Odyssey is the result of all that hands-on research. It explores Europe’s refugee crisis both from a detached, analytical perspective and as a firsthand witness to the deeply personal journey of Hashem al-Souki, a Syrian refugee on a quest to reach Sweden for the sake of his wife and three children. This is one of the best books I’ve read so far this year and it’s the first book I would recommend if you want to learn more about Europe’s refugee crisis. 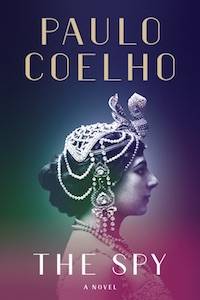 The Spy by Paulo Coelho

The Spy is a fictionalized account of the life of Mata Hari, narrated (for the most part) in Mata Hari’s voice as a letter to her lawyer, written while awaiting her execution. This is the second of Coelho’s book I’ve read and I have come to the conclusion that his work is not for me. I find that in trying to make a political, moral, or philosophical point, his voice completely overshadows that of this characters and he comes off as preachy. In this instance, he also runs roughshod over Mata Hari’s life. He paints her as a modern, liberated, vain woman who chose to become a prostitute out of a desire for money and power, when in fact there is considerable historical evidence that she did so only out of desperation. All told, a huge disappointment. 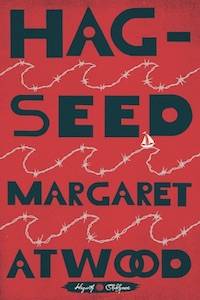 Hag-Seed is a modern retelling of Shakespeare’s The Tempest. The story centers around Felix, a theater director who is about to stage a magnificent production of The Tempest, or so he thinks. Instead, an act of treachery lands Felix in a sort of exile, haunted by memories of his lost daughter. Twelve years later the perfect opportunity for revenge arises when Felix directs a production of The Tempest at a nearby prison. I loved Vinegar Girl, the first Hogarth Shakespeare retelling I read, and I love Margaret Atwood, so I’m hoping for the best with Hag-Seed. 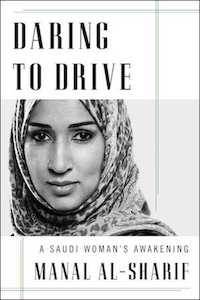 Daring to Drive by Manal al-Sharif

Manal al-Sharif grew up a religious radical in Mecca. She burned her brother’s Backstreet Boys cassettes and accepted many of the limitations the Saudi government and religious leaders place on women. Gradually, she grew more progressive. She earned a bachelor’s degree in computer science and became the first woman to hold a position in the information security division of Aramco, the Saudi national oil company. Finally, when the weight of her country’s gender-based oppression grew too heavy, al-Sharif did something radical. She posted a video of herself online driving a car–a simple freedom forbidden to Saudi women. She was subsequently imprisoned and became the face of the Women2Drive movement. Al-Sharif’s transformation from religious radical to feminist champion is incredibly inspiring and I can’t wait to read her story. 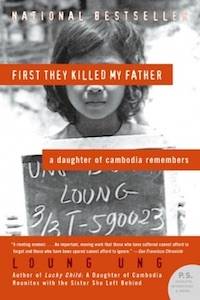 Loung Ung enjoyed a privileged upbringing in the Cambodian capital of Phnom Penh until the age of five when her childhood was cut tragically short by the invasion of Pol Pot’s Khmer Rouge army. Ung’s family was shattered–her siblings shipped off to labor camps while she was sent to train as a child soldier. I’ve heard this memoir is amazing and it’s being adapted into a Netflix film later on this year by Angelina Jolie.

What are you reading this week?