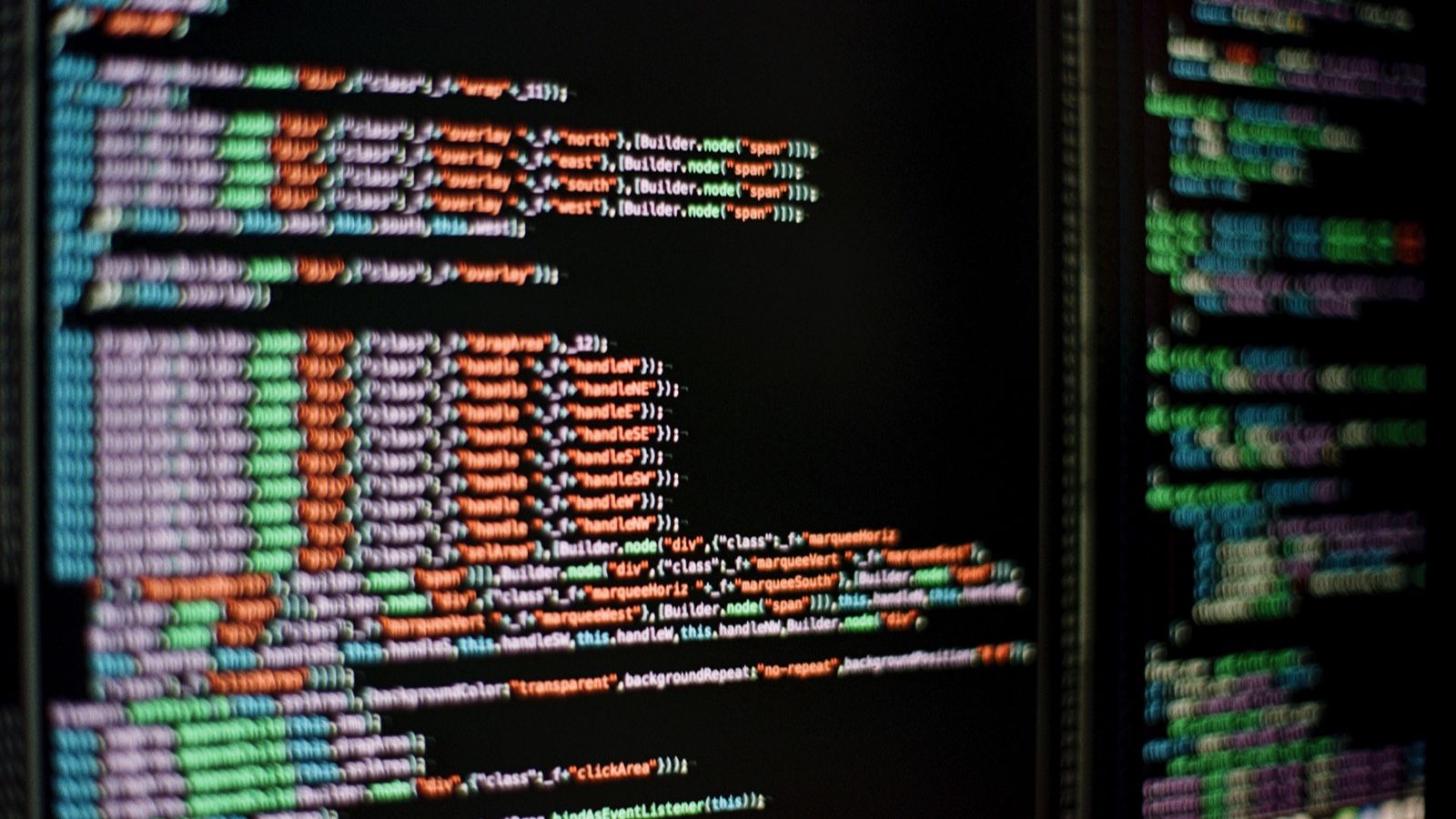 There’s been a lot of talk around NFTs recently, between that entire thing with a group of YA authors were going to create an anthology with NFTs, or NFT sales now getting taxed due to cryptocurrency FINALLY being regulated. But a lot of people are still scratching their heads over what NFTs actually are and are struggling to find out. I can’t blame them, the entire thing is pretty confusing, and the entire culture around them is headache inducing to say the least.

So apologies in advance for any headache I’m about to cause explaining all of this.

Oh God, What Have I Just Signed Myself Up To Read?

NFTs, or non-fungible tokens, are essentially “tokens” (AKA anything electronic but are usually JPEGS) that people spend a lot of money to own. They’re traded via the blockchain and contain a little bit of information within their code, usually info that says you own it and how much you bought it for. They’re advertised as a way to help out artists, the next step in the fine art market! Because that’s what fungible means: it’s irreplaceable, one-of-a-kind, it cannot be traded with something else!

Let’s make this a bit easier to understand: remember those registries where you can “buy a star” and name it after a loved one and they’ll send you a certificate saying you own said star? And you can the company have an agreement that you “own” said star, even if no one else acknowledged your ownership? NFTs are a bit like that — the NFT itself would be a bit like the certificate saying you own it. Except you can’t forget to add in the fact that the entire process hastens climate change, all for an image you claim you own, even though it’s shared over the internet and the artist still has the raw file of whatever they sent you. And anyone who comes across your one-of-a-kind NFT can easily right click and save to their computer, upsetting those who have invested in said NFT. Which has lead to some pretty good memes around the subject, like this one.

Sure. Okay. So What Kind of Stuff is Being Traded as NFTs?

Despite what’s claimed, NFTs aren’t necessarily one-of-a-kind pieces of artwork. Logan Paul (yes, that Logan Paul) sold 15 second clips of a YouTube video he had already posted for up to $20k. Yes, you read that right. People bought clips of a video that was already up on YouTube where they could watch it for free, for more money than what my car is worth. The video was of him opening Pokémon card packs. It was advertised as “buying the moment” of the card reveal.

Yes, I have a headache too. And an eye twitch.

That’s not the worst of it though. Some of the images sold as NFTs look like bad ’90s paper doll style avatar makers, if you’re lucky. Others look like this:

Someone bought that GIF for $3,600. They are currently asking $16,300 for it. A 352.78% price increase. For a GIF that I — get this — right-clicked and selected “save-as.” For free. Because unlike the fine art market, where you can get the original of a Monet or Rembrandt while everyone else just has to have a print, that GIF there is functionally the same as the GIF that sold for $3,600. Folks like to claim that this is the next step in the fine art market, but really this is more like Beanie Babies, or trading cards. You can claim you own the IP all you like, but you’re also someone who spent over $46k on a PNG of a pet rock.

I’m not kidding. I really really wish I was.

And you can’t forget that all this uses 10 times the electricity that normal cryptocurrency uses, where one transaction uses on average 35 kWh. Which is roughly enough electricity to power a fridge for a month. Selling two NFTs generates about the same amount of greenhouse gases as a U.S. family home generates in 21 years.

Look, we as individual citizens can only do so much to counteract the emissions companies essentially have free rein to pump into our atmosphere, but that doesn’t mean we should actively contribute to, and hasten, the destruction of our planet either.

Fortunately, some artists are backing out of their NFT releases. Joanie Lemercier, a French visual artist and environmental activist had planned a release of several works as NFTs before realizing the environmental toll and cancelling the entire project. In his defense, he was looking for more sustainable ways to exhibit his art, which usually involved flying all over to festivals and galleries. NFTs just aren’t it.

It turns out my release of 6 CryptoArt works consumed in 10 seconds more electricity than the entire studio over the past 2 years.

How Does that Anthology You Mentioned Fit in?

In fact, that’s what happened with the anthology announced on October 20, 2021. Authors Marie Lu, Tahereha Mafi, Ransom Riggs, Adam Silvera , David Yoon, and Nicola Yoon announced a project called Realms of Ruin to be released on November 8, 2021. They described it as “fantasy epic filled with dark magic, intrigue, and unique characters launched online in a thrilling new way,” spearheaded with NFTs. It was an idea that you could tell they were still fleshing out and hadn’t thought it through completely. You could purchase character cards from the stories, even add stories of your own based in the world with the authors reading the stories and deciding which ones were, essentially, good enough to become canon. The stories readers wrote (essentially a type of fan fiction) could be minted into NFTs, the value of which would rise as the story’s readership does.

I’m sure anyone else who witnessed the Great StrikeThrough Event of 2007 and the fall of LiveJournal, and then the fall of FanFiction.net, and Anne Rice (and others) suing fan fiction writers and the disclaimers that used to be peppered all over fanfics that they do not own the characters they are writing about (please oh please don’t sue them) also has their skin crawling and mental alarms going off reading that. That’s not even touching on the ethical issues of encouraging those under-18 to enter the NFT market, a market that is rife with scams, or just a system in general where your value is dependent on the quantity of people that are willing to buy it, not the actual quality of the story. Our current brand of capitalism is bad enough, thanks.

To the authors’ merit, they were going to build the anthology on the Solana blockchain, which claims to be more environmentally friendly than the other blockchain. Even though there has yet to be any hard data on Solana’s energy usage, so you essentially just have to take Solana’s word for it. Even more to the authors’ merit, when people came forth with criticisms and legitimate concerns about the entire thing, the authors took a step back and said they would talk further about the project and later announced via Discord that they would be pulling the plug on the entire project. All the authors involved said they had good intentions with the project, but, well…the road to hell and all that.

But You Said NFTs and Crypto are Getting Regulated?

The good news is, now that cryptocurrency and the affiliated transactions are all getting regulated (much to the chagrin of crypto bros), it won’t be as easy to get scammed, but that was an issue for a while, like anything else on the internet that’s new and involves money. There have been cases where artists have promised to deliver NFT projects only to disappear into the ether after receiving payment, never to be heard from again, or just sending random emojis from their phone instead after receiving the equivalent of $138,000 in cryptocurrency.

Seeing some of the people that get seriously invested in NFTs, and seeing what they’re spending the money on, it’s kinda hard to get upset at artists for taking advantage of some of these guys. When you’re willing to drop honest-to-God house or car money for an image or video off the internet, it’s kinda hard to feel bad about people taking advantage of your poor decisions.

NFTs were being used regularly for money laundering as well: to clean their dirty money, an individual could create an anonymous NFT, list it for sale on the blockchain, buy it from themselves with their anonymous, illicit money, and then that money would become legitimate and usable. Since this would all be done via the blockchain (where anonymity is a feature, not a bug) using cryptocurrency, the transaction would be incredibly difficult to trace.

The dirty money, all in crypto, would keep transferring though anonymous wallets before being converted back into actual money. It’s essentially the equivalent of taking a counterfeit $20 bill into a gas station, using it to buy a pack of gum, and receiving your change in legitimate bills, over and over until all the counterfeit money you have has been exchanged. And instead of trying to find the culprit via watching the security tapes for the gas stations, you would have to try and dig through a seemingly never ending line of shell companies upon shell companies. Tedious, to say the least.

My Head is Starting To Hurt…

Last bit, I promise. I know this is a lot. My head hurts too.

With the new regulations, any individual who receives $10,000 in cryptocurrency must report it to the IRS, with digital assets essentially being treated the same way as cash assets. Not reporting is a felony, like anything else with taxes. So now anyone trading in crypto that doesn’t want to commit a felony now has to un-anonymize their wallet (which, as I mentioned, was a feature of the entire system), which makes it harder to launder money and your identity on the blockchain is now accessible to anyone else and they can see what kind of transactions you’ve done.

Basically, anyone that has been trading in cryptocurrency and using NFTs now have to follow the same requirements and regulations and taxes that the rest of us deal with. Or at least the rest of the people in their income bracket deal with. There’s more as well, dealing with loans and trading and all that, but honestly I’ve typed NFT so many times it’s starting to lose meaning for me. I’m sure it’s the same for you.

Like I said earlier, I’m sorry for any headache I caused. But maybe now you have a bit of a better understanding of NFTs and what the some of the big deal with them is, or maybe you don’t and you’re going to click on the next article under this one on Google to see if that one explains any better. It’s okay. I understand. I’ve spent a lot of time researching this stuff and I still don’t completely understand it. There’s probably very few people who do.

Here, I’ll help out with your possible further research: if you’re interested in how NFTs are affecting books beyond what I discussed here, we have a handy piece you can read on just that. And I’ll leave you with this joke that you, as a fellow literature people, will appreciate: