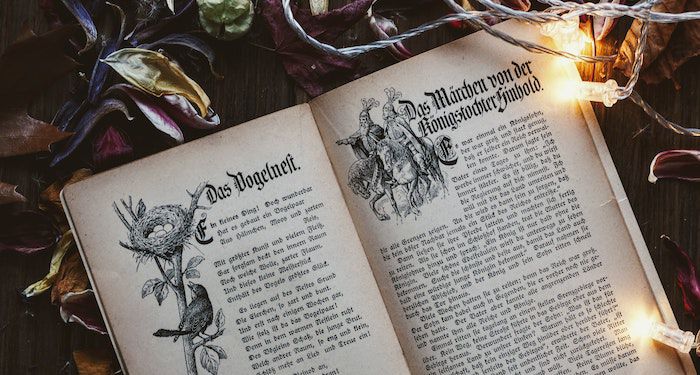 I admit I can be a bit of a pedant. It’s not entirely my fault; I come by it naturally, with an English teacher for a mother and the lineage of librarians of which I’m a part. Arguments in my household require citations from reputable sources. I do try to use my tendency for good, more educational uses than the standard “well, actually” killjoy uses. I understand that there is a time and a place, even if I’m really excited to share this bit of fact I have.

But fewer things make my pedantic eye twitch come on stronger than when people get certain folklore terms mixed up. I don’t mean misunderstanding what the Aarne-Thompson index is or getting one specific creature wrong. I mean the basic stuff, like the difference between story types. It’s a small thing, but it’s greatly irritating when I come across a list of “great fairytale retellings you must read!” and it’s full of Greek myths. Which there’s nothing wrong with, but when it’s the fifth list in a row you’ve clicked on that is full of stories that aren’t what you’re looking for, it does spike the blood pressure a wee bit.

So I’ve written this guide for those of you who are actually interested in the differences, and maybe some fledgling folklorists who need some definitions as a starting point. Because that’s what this is, the starting points, definitions that you would likely get in the first week of Folklore 101 before your professor expanded on them in the following weeks. Myths, legends, and fairytales are all folkloric stories, but they aren’t interchangeable. The components of these stories are what makes them different. So let’s start with myths, shall we?

Myths are folkloric stories with a religious basis. There may be some fantastic creatures or deities within the stories, but there is a belief system built around them, and they are used to explain the natural world. There may be a kernel of truth in myths around events, as with the flood stories that pop up in several cultures. Noah’s Ark is a myth, as is Utnapishtim, and the story of Manu and Matsya. A lot of stories, especially legends, may be mistaken as mythology, however. The line can be fairly thin, but the key to determining if a story is a myth is if it belongs to a culture’s belief system, and then if you’re doing a retelling of it you may need to ask yourself if you personally should be fiddling around with it.

So Then What’s A Legend?

Legends are incredibly similar to myths, but with legends, there’s a historical basis to them. The central figures in legends were actual people once, and stories built up around them as time went on. The folkloric version of gossip, if you will. This is important as, unlike other tale types, legends are rooted in reality. With legends, you can peel back the layers of the story and catch a glimpse of the history it was. King Arthur is a prime example of this. The legend tells of King Arthur as a Romantic king, with stories full of chivalry and courtly love. In reality, those concepts didn’t really exist when the historical Arthur was alive. He was likely just a Roman-trained Welsh warrior who was trying to keep Briton together as Saxons invaded.

Johnny Appleseed is another example. John Chapman was a frontiersman planting apple trees in the early 1800s, but it was to claim land for himself, and was by most accounts a deeply unpleasant person. The apples he planted wasn’t for eating either, but for hard cider. He did carry a sack of seeds around, however.

Makes Sense. So What’s a Fairytale?

Fairytales have some fantastical element in them. Talking animals, unicorns, fairies and faeries, goblins, what have you. There can be some moralistic woven in—be kind to strangers, respect your elders, don’t tell strange wolves where you’re going and what path you’re taking. The Grimm collected stories fit neatly into this category, as does the Russian story of Vasilisa or the story of Momotaro.

What About Other Tales?

Folk tales/tall tales are often grouped in with fairytales, but they’re really more of a blend between fairytales and legends. Folk tales have some historical basis, but aren’t always about a singular historical person, often more of an era. Think Paul Bunyan. He’s obviously a fantastical being, as is his ox, but he is representative of lumberjacks of the era. Or John Henry, the steel driving man. He is loosely based on a black transcontinental railroad worker after the Civil War, but obviously the story doesn’t play exactly out the way it says it does. But the story built out of the stress railway workers, especially Black railway workers who were recently freed.

There’s more to these definitions than what I have here. But I don’t want to lecture at y’all and also take all the fun out of doing further research anyway. But now you’re armed enough to assist me in my crusade to (politely) ensure that folklore is labelled correctly. Once upon a time these stories were someone’s livelihood, used to teach children about their history, their world, their people. It’s only fair that we use the appropriate words when talking about them.