I’ve had the best summer of reading since the July I spent reading In Search of Lost Time.

Six of my favorites: 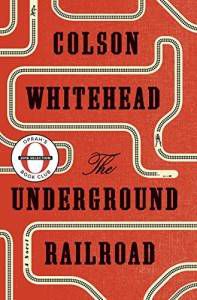 1) The Underground Railroad, by Colson Whitehead, was the most startling and impressive read of my summer, catching me near the end of August and sweeping me up in a Gulliverian horror tour of a re-imagined nineteenth and twentieth century America. My admiration for Whitehead’s seminal novel is followed closely by a hat-top to The Angel of History, by Rabih Alameddine, a fabulous cabaret show of a fiction set across multiple times and continents; it includes a section narrated by a drone that (who?) falls in love with a Yemeni boy named Muhammad. 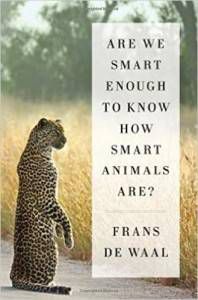 2) The science read that most charmed and delighted me this summer was Are We Smart Enough to Understand How Smart Animals Are? by Frans de Waal, an advocate for paying attention to the cognitive abilities of animals, full of illuminating and enjoyable anecdotes. I listened to de Waal’s text as an audio book with the excellent, drawling narration of Sean Runnette. Note: I just started Siddharta Mukherjee ‘s The Gene: An Intimate History, which is full of promise and may yet steal the top science spot of my summer.

3) My favorite summer experimental novel was Limbo Beirut, by Hilal Chouman, translated by Anna Ziajka Stanton. It’s somewhere between a novel and a series of linked stories, with illustrations for each section from some of the best young Arab artists. 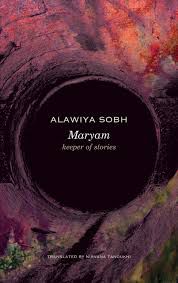 4) My favorite feminist novel of the summer was Alawiya Sobh’s Maryam: Keeper of Stories, translated by Nirvana Tanoukhi. The prominent feminist commentator’s debut novel, published when she was 47, is full of the viscera of women’s lives, from discussions of how a character’s hand smells after she masturbates to how marriage changes a friendship to the force of mother-daughter arguments. Maryam is like Ferrante’s Neapolitan novels in that it places women’s friendships at its center.

5) My favorite philosophical novel of the summer was Basma Abdel Aziz’s The Queue, translated by Elisabeth Jaquette, a political fantasy shooting both toward George Orwell’s 1984 and Naguib Mahfouz’s Cairo Trilogy. One of the central characters is himself a philosopher, which gives the book license to think a long game about Egyptian politics. 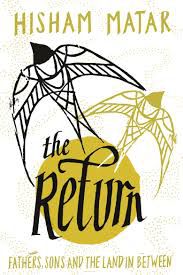 6) The best memoir to grace my summer was Hisham Matar’s The Return: Fathers, Sons and the Land In Between; although, as I wrote elsewhere, “this is several books at once, depending on which way you hold it to the light. Any text depends on the light a reader’s gaze lends it. Yet The Return is particularly, dazzlingly multiple: memoir, geography, biography, journalism, literary criticism, and dark historical thriller.”

I’d also like to add a thought for those writers who spent their summers in jail or house arrest, their reading and communications restricted. Particular love to Ahmed Naje, Ashraf Fayadh, and Dareen Tatour.