In his Farewell Speech, President Obama mentioned a threat to our democracy. He stated, “we become so secure in our bubbles that we start accepting only information, whether it is true or not, that fits our opinions, instead of basing our opinions on the evidence that is out there.” First of all, let it be noted that this speech was not a farewell speech; it was a call to action. Let’s do this, people. Also, I appreciate that President Obama speaks the truth about a problem that is prevalent and on the rise. It ties into the problem I already noted about the lack of curiosity, but more alarmingly, it delineates a basic inability in the population to differentiate between fact and opinion. How many of you know at least one person who is simply incapable of separating their opinion from actual fact? I certainly know a few.

The Obamas are strong proponents of community and being engaged. They understand the value and virtue of getting involved in the local community, in helping, and in giving back. Without a strong community, there is not much point to our democracy in the first place. They have raised their girls to embrace these virtues as well, and they have grown into fine young women in the spotlight of America.

I love that President Obama is bookish. I am seriously going to miss that, and many, many other things about him. I don’t imagine any books will be opened at all, let alone read, in the White House in the next four years. I looked forward to seeing what would be on the President’s summer reading list and then picking up a copy of the ones that looked like the most fun or most important to me. I’m happy that I have read many of the same things that have been on President Obama’s reading lists that the White House has released.

President Obama has also been a champion of science and evidence-based learning throughout his term in office. He and his family encouraged reading, health, and awesome nerdy science things. He made the White House Science Fair a thing, y’all. These actions are highly important, not only in the leader of the free world, but in basic quotidian life. How can a person function well if they are not able to tell the difference between their own opinions and actual fact? It’s cool when the two overlap, but that is never a given. As Daniel Patrick Moynihan stated, “You have the right to your own opinion, but not to your own facts.”

But how does all this tie in with the idea of fact and opinion, and in making that distinction between the two? As President Obama has shown through example, as a genuine leader does, he takes the evidence and information that is available to him, and the advice of his advisers who know more about a subject than he does, and he makes a decision based on the facts in evidence. How do you know if you are conflating your own wishful thinking with fact? Not gonna lie – sometimes it hurts. You have to be willing to examine your thoughts with a sharp gaze and  be willing to dump things that do not hold up under scrutiny. That is NOT easy to do, no matter what anyone might like to think. It takes practice. It takes discussion, most effectively with people who hold opposing viewpoints. It can, and WILL, make you uncomfortable. If it doesn’t, you’re doing it wrong.

To help hone some critical thinking skills in a variety of ways, the below books might be of some assistance. They have helped me learn about topics, or they are about topics that President Obama has mentioned at one time or another, and they relate to us all as fellow human beings. 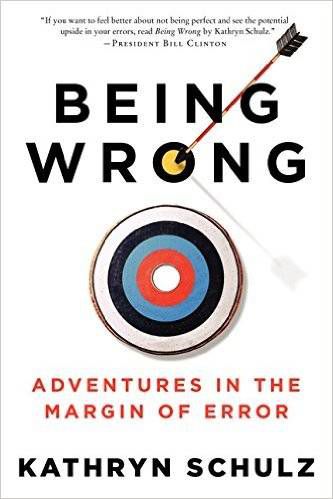 Being Wrong: Adventures in the Margin of Error by Kathryn Schulz. “Kathryn Schulz, editor of Grist magazine, argues that error is the fundamental human condition and should be celebrated as such.” What better way is there to learn but through making mistakes and then analyzing them?

The Federalist Papers by Alexander Hamilton, John Jay, and James Madison. “The Federalist Papers explain the complexities of a constitutional government—its political structure and principles based on the inherent rights of man.” Reading some of the words actually written by our Founding Fathers would be a fantastic exercise in critical thinking for many Americans, and a real eye opener, I believe. Get ready to separate fact from wishful thinking, friends!

The Demon-Haunted World by Carl Sagan. “As Sagan demonstrates with lucid eloquence, the siren song of unreason is not just a cultural wrong turn but a dangerous plunge into darkness that threatens our most basic freedoms.” Sagan approaches the use of science and applies it to beliefs and faith and other things that need critical thought with a large dose of compassion. A good introduction to science-based evidence and critical thinking. 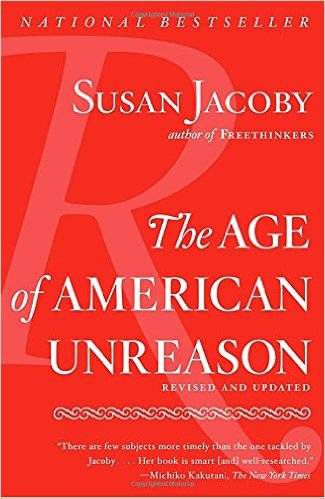 The Age of American Unreason by Susan Jacoby. “Sparing neither the right nor the left, Jacoby asserts that Americans today have embraced a universe of “junk thought” that makes almost no effort to separate fact from opinion.” A perfect companion to the incoming Cheeto-faced semi-literate anti-intellectual.

The Norton Anthology of World Literature. Because the world doesn’t end at the American border, and the edges of the map beyond said border do not read “Here Be Dragons.”

Origins: Fourteen Billion Years of Cosmic Evolution by Neil Degrasse Tyson and Donald Goldsmith. “From the first image of a galaxy birth to Spirit Rover’s exploration of Mars, to the discovery of water on one of Jupiter’s moons, coauthors Neil deGrasse Tyson and Donald Goldsmith conduct a galvanizing tour of the cosmos with clarity and exuberance.” Because the world doesn’t end at the sky, either, despite what one commenter posted to a NASA.com blog. Seriously, what the fuck? 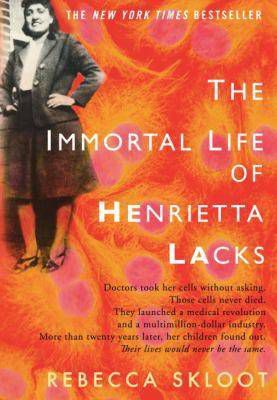 The Immortal Life of Henrietta Lacks by Rebecca Skloots. “Henrietta Lacks, as HeLa, is known to present-day scientists for her cells from cervical cancer. She was a poor Southern tobacco farmer who worked the same land as her slave ancestors, yet her cells were taken without her knowledge and still live decades after her death.” Case study: Using your new-found critical thinking skills, why is it wrong to take someone’s cells without their knowledge or permission?

Being Mortal by Atul Gawande. “Full of eye-opening research and riveting storytelling, Being Mortal asserts that medicine can comfort and enhance our experience even to the end, providing not only a good life but also a good end.” How we treat the old and the dying is something that deserves a very great deal of critical thought.

Pro: Reclaiming Abortion Rights by Katha Pollitt. “In clear, concise arguments, Pollitt takes on the personhood argument, reaffirms the priority of a woman’s life and health, and discusses why terminating a pregnancy can be a force for good for women, families, and society.” President Obama knows that a woman’s right to choose is her own, and several reasons why that is so. Everyone else needs to figure it out now as well. 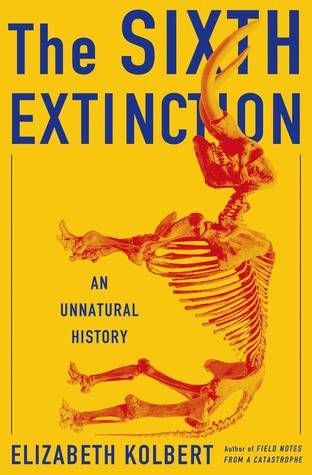 The Sixth Extinction by Elizabeth Kolbert. “Over the last half-billion years, there have been Five mass extinctions, when the diversity of life on earth suddenly and dramatically contracted. Scientists around the world are currently monitoring the sixth extinction, predicted to be the most devastating extinction event since the asteroid impact that wiped out the dinosaurs. This time around, the cataclysm is us.” Because climate change is real, and all the real scientists say so. Here’s where people with good critical thinking listen to those who know more about a topic and separate opinion from fact.

Every Monday Matters by Matthew Emerzian and Kelly Bozza. “ Authors Matthew Emerzian and Kelly Bozza do a total makeover  on the bad image of Mondays and make that day mean something amazing, something incredible, something unbelievable. Every Monday Matters does this by taking 52 Mondays, providing 52 creative but doable activities, giving 52 down-to-earth ways to make a difference, one for each Monday of the year.” I like this because it helps build community by giving actual activities that are doable and realistic and is a good starting point if you aren’t sure what to do to make a difference.

The Omnivore’s Dilemma by Michael Pollan. “Bringing wide attention to the little-known but vitally important dimensions of food and agriculture in America, Pollan launched a national conversation about what we eat and the profound consequences that even the simplest everyday food choices have on both ourselves and the natural world.” What we eat might be one of the most important things we don’t think about but should. Myths, opinions, and facts surrounding food are so often intertwined that no one can make sense of them. This book is a good place to start.