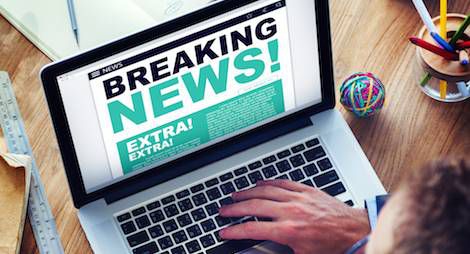 A few years ago, I was teaching a digital journalism course at a local college. It was a dream job in a lot of ways: I had a small group of enthusiastic students and the freedom to choose my own readings. We examined the news, and how it was reported, as it happened. And because the digital landscape was constantly changing, so was the course. I was always reading and changing the syllabus.

Recently, I’ve been thinking about how I’d update my syllabus to account for 2016. How would I teach my student my students to deal with a media landscape in which any fact can (and will be) disputed? In which reporters are targeted? With a president-elect who lies often and blatantly? With implicit bias in major news organizations, and fake news churned out by small ones?

This reading list (much of which is my own TBR) grew out of that. It has all the information I wish I could teach my former students, were I teaching this year: history, context, racial bias in the media, ethics, an examination of why people hate the press, and essays about the media’s role in a digital and contentious world.

For a background in digital media: 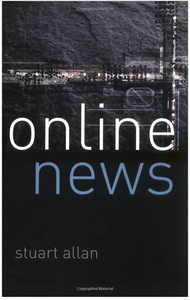 Online News: Journalism and the Internet, by Stuart Allan –  I actually did assign this book to my class, and you should know something: it’s dry and my students haaaaated it. BUT (and this is the important “but” I’d give my students when they started to complain about their reading) it provides an essential history of news and the Internet, going back to the Oklahoma City bombing. If you want to understand how the news got online, and how that changed the industry and how we think of news,  this book delivers.

Here Comes Everybody: The Power of Organizing Without Organizations, by Clay Shirky – This book’s not so much about media as it is about using the Internet to organize, but its focus on the Internet makes it an important resource for anyone who wants to understand the Internet’s influence on the news. It’s a little dated (MySpace is mentioned), but it is an exploration of how the Internet has changed the way we connect with one another, and that includes the media.

For an understanding of media distrust:

Getting It Wrong: Debunking the Greatest Myths in American Journalism, by W. Joseph Campbell – The media’s mandate is the truth, but so many of its own stories aren’t true. In this second edition, W. Joseph Campbell examines the biggest media-driven myths — from Watergate to the Internet age — describing how these myths “feed stereotypes, distort understanding about the news media, and deflect blame from policymakers.” (It may sting a little to read this if you’re a journalist, but hey, hydrogen peroxide only stings when it’s working, right?) 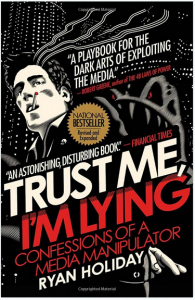 Trust Me, I’m Lying: Confessions of a Media Manipulator, by Ryan Holiday – Why yes, the media is often manipulated. Why yes, it’s easy for someone who knows how. I feel a little queasy about putting this book by media strategist Ryan Holiday on the list, but any student of media should know the press’s weak points.

Why Democracies Need an Unloveable Press, by Michael Schudson – Everybody looooves to hate the media. This was true way before this election, it was true before the Internet was a thing, and it’s probably been true since the first newspaper was published back in Rome. This book, by sociologist Michael Schudson, addresses the relationship between the media and democracy and examines what public knowledge is, and what it should be.

Understanding racial bias in the news:

Within the Veil: Black Journalists, White Media, by Pamela Newkirk – This book is from 2002, a time when — although there were a number of black reporters in newsrooms — they often faced resistance from editors and their papers when they tried to tell stories that challenged the white mainstream narrative. Newkirk tells stories of racial struggle within newsrooms across the country, as black reporters tried to challenge stereotypes, depict African-American communiteis fairly and honestly, and simply do their jobs. This book may be 14 years old, but it’s just as relevant as ever. 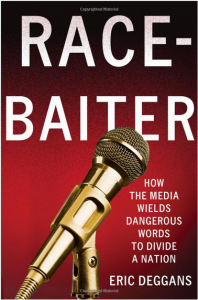 Race-Baiter: How the Media Wields Dangerous Words to Divide a Nation , by Eric Deggans — Veteran journalist Eric Deggans’s 2012 book is tailor-made for this year. Deggans examines the way that today’s media courts readers and clicks by exploiting their prejudices. While Newkirk writes about news organizations suffering from entrenched racial prejudices, Deggans writes about the news organizations that deliberately weaponize them, and the consequences of those articles.

News For All The People: The Epic Story of Race and the American Media, by Juan Gonzalez and Joseph Torres – It’s no secret that the media is responsible for shaping our cultural narrative, and that means that the media disseminates prejudices and images that contribute to racial oppression. This book examines the history of race and news from the colonial age to segregation, to the present day, and tells the stories of Black, Latino, Asian, and Native American journalists. 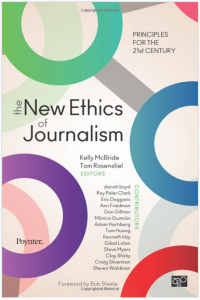 The New Ethics of Journalism: Principles for the 21st Century, edited by Kelly McBride and Tom Rosenstiel – I’m reading this book, which was put out by Poynter, right now. The book’s goal is to come up with guiding ethical principals for the 21st century, but the essays themselves — which examine the role of media in the Internet age — (for example,  how do you report in a “post-fact” age?) are the most interesting part.

The New Censorship: Inside the Global Battle for Media Freedom, by Joel Simon – Few discussions of journalism focus on the threat to journalists themselves. This book, put out by the Columbia Journalism Review, discusses the danger that individual journalists are in across the globe, by governments, militants, and terrorists, among others. The threat to journalists is also a threat to journalism, because when reporters are surveilled, threatened or killed, public information suffers. Joel Simon proposes 10 priorities for combating this new censorship and a global free-expression charter.