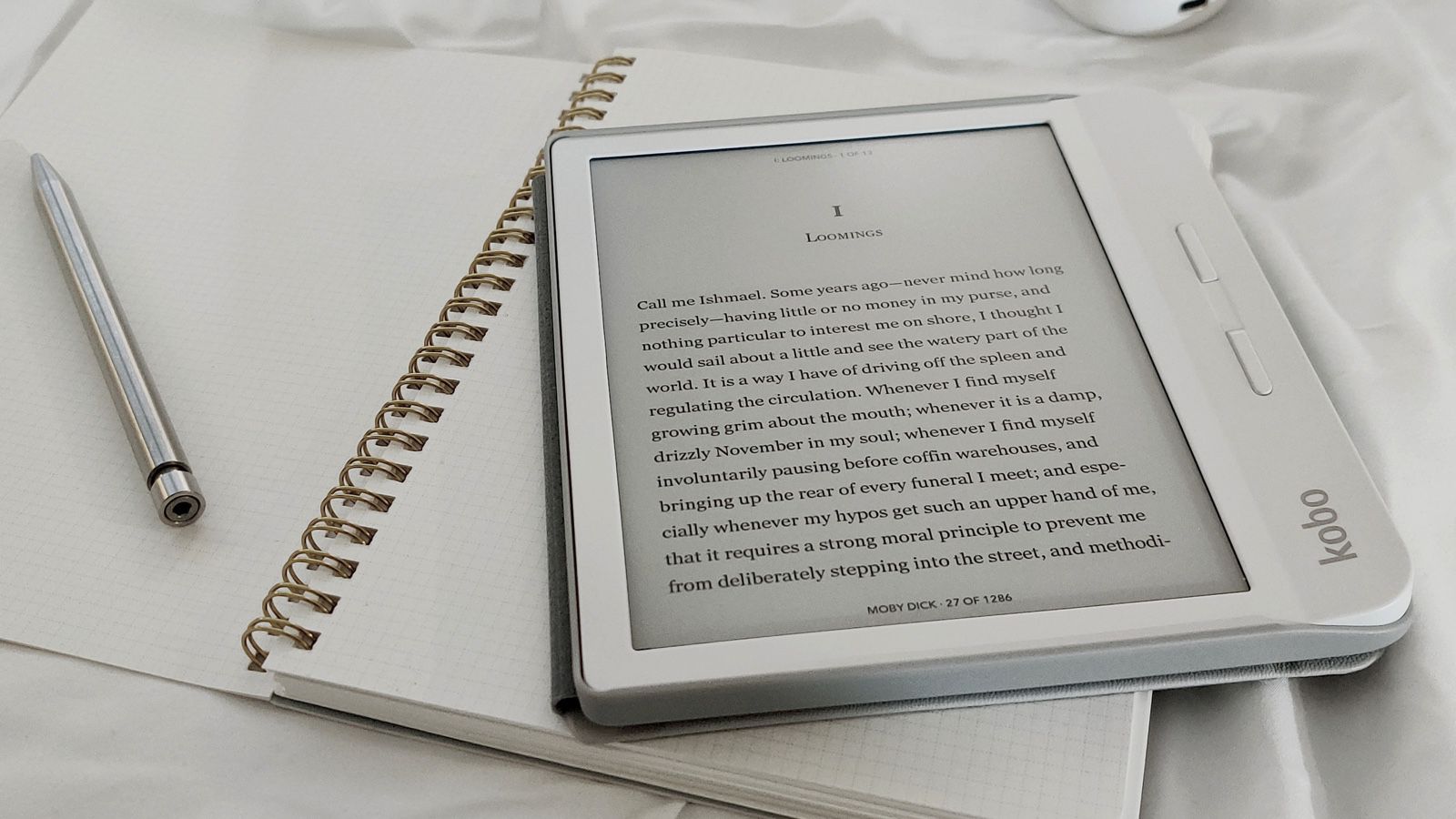 It’s safe to say, the reading ebooks vs print debate has been hashed out many a time, both scientifically and over the dinner table of book lovers alike. As an avid Kindle reader myself, I hold no allegiance to either party. But, I am curious about the ways reading ebooks changes the way we interact, and review, the novels we consume.

Before the early ’90s, studies, according to The Scientific American, “concluded that people read slower, less accurately and less comprehensively on screens than on paper.”

Later studies back this up. A study on kids’ enjoyment when they read ebooks vs physical books report “children showed a preference for print” despite the allure of a screen. Parents, too, reported their children “paid more attention” to a print book. A Norwegian study of 10th graders revealed those who read paperbacks scored higher on post-reading questionnaires than those who read on computer screens, both with informational and narrative texts.

Let’s talk about why.

A 2014 study found adults who read a mystery in paper form had “superior retention” of the story in comparison to those who read it on Kindle. Psychologist Kate Garland’s “Do E-Books Make it Harder to Remember What You Just Read?” reported subjects needing to read something multiple times before understanding it to the same degree as those reading in print. Stavanger University in Norway conducted a study in which 50 people read the same short story, half on a Kindle and half in print. They came to the conclusion that “paper readers did report higher on measures having to do with empathy and transportation and immersion, and narrative coherence, than iPad readers.”

Most notable was the lack of being able to piece together the plot of the novel. According to PRI, “humans use different parts of the brain when reading from a piece of paper or from a screen…the more you read on screens, the more your mind shifts towards “non-linear” reading — a practice that involves things like skimming a screen or having your eyes dart around a web page.” The New York Times reports, “people read more slowly on screen, by as much as 20–30 percent.”

But, why is it so hard for us to recall information when reading ebooks? Why does it take so many passes before our comprehension equals out?

The Physicality of Books

Some readers and researchers point to eye strain, others cite the physicality of books. Other surveys highlight the theory that ereaders interfere with “serendipity” and “a sense of control” over the book at hand. Or, screen.

Readers in these surveys say it’s harder to flip back to sections or lines on a device rather than with a print book. This complaint of lacking tactile aspects appear in other studies too. The “implicit feel of where you are in a book turns out to be more important than we realized.”

Studies show when people try to locate a piece of information, they often do it based on “where in the text it appeared,” “including size, color of binding, and the location of information within a page and in the sequence of pages.” Researchers “suggest a lack of ‘spatiotemporal markers’ in the electronic version as a possible explanation. Physical book readers can often mentally flip back to specific information. Whereas, reading online tends to involve unbroken strings of text and lots of scrolling.” Maybe this is why some readers only use their Kindle for “lighthearted” reads, leaving the complicated, multiple POV narratives for print.

It’s no wonder those reading ebooks often make note that they had no clue how long a novel was. Or, they were surprised by the extra end-content being counted toward the novels completion percentage. Or that a novel was dragging because they simply couldn’t comprehend the length of a novel when viewing it in digital form. They complain when they can’t flip back to find a section and have trouble tracking large casts or timelines. The digital space, as the science supports, renders the ability to navigate much more difficult. Those who read digitally float through a novel without clear cut borders to use as touchstones.

But, is it just reading where this physicality, these sensory details, are so important? As it turns out, no.

This same discrepancy occurs with the consumption of art. A 1935 essay by Walter Benjamin concluded that there’s an “aura” to viewing art in person that you don’t get when viewing a picture of it. Observer writes, “seeing a film or photographs of the Sistine Chapel ceiling does not have the visceral effect on us viewers as seeing the original in the Vatican.”

This, some say, is a “heart first” response. We “find art more moving when seen in person.”

However, an MIT study reported those who view art in augmented and virtual reality environments respond equally (if not more so) to art they view in person. Now, the study does point out it’s unclear how much this is due to the viewing of the art itself or if subjects, “hyper-stimulated by new technology,” reacted to that instead. Nor, Observer writes, does this account for that “aura” Benjamin wrote of. Much the same way readers speak to the physicality of a print novel, this is, perhaps, what Benjamin means after all. The “aura” is the art with the sensory experience added in, too.

More recently, a discussion on movies on-demand in comparison to a trip to the cinema emerged as the pandemic caused many movies go straight to streaming. Some say, due to this, movies are rated worse.

A study published in the American Psychological Association in 2019, in which participants watched films at home or in theaters for their first and second viewings and then rated the experience, reported that “watching a film for the first time in a movie theater indeed seems to enhance the cinematic, aesthetic experience compared with watching the same film at home.” The experience of the theater itself was found to be “boosting the cinematic experience in terms of an increase in a variety of aesthetic emotions,” resulting in the film rating “one point better” on the in-experiment rating system.

As for the reasoning, the study offered the concept of the “dark cube.” In the large, cool, darkness, viewers are free from the interruptions of the outside world. The theater itself requests watchers to silence their phones and those who don’t draw attention, and often scorn, from other movie-goers. They also speak to the “social experience” of viewing a film. And, too, the technology of a cinema far outweighs the typical home-screening. “Participants rated the film better, when they used external, multichannel speakers, and best, when they used headphones” when viewing at home.

Actress Charlize Theron says she, “believes there is a magical thing that happens then you’re in a room full of strangers, and you can’t recreate that in your home, or an airplane, or on the subway.” Martin Scorsese in his recent essay on the “lost magic of cinema” points out “cinema has always been much more than content, and it always will be.”

As with Benjamin and his “aura” and the readers missing their “physicality”, films, too, are more than just their scenes. Where you are, who you’re with, and what can interrupt you matters too.

While one study revealed “high school students using a tablet read faster, but had comprehension scores equal to those obtained when reading from paper” and another experiment, Curling Up With a Good E-Book revealed “no difference” in recall when mothers and children read either digital or print (though interaction, warmth, and a closer posture was present with the physical book), the positives for reading ebooks is most exemplified by their accessibility and usability features. A study that focused on the advantages of ebooks for those with learning impairments or disabilities make a strong case, revealing students with dyslexia “performed worse” when reading a print book, and reading in an iPad “improved word decoding and comprehension.” A 2013 study “came to the conclusion that people with dyslexia read more efficiently when using the ebooks compared with reading on paper.”

For those learning another language, “devices such as the Kindle Touch have totally changed the paradigm and revolutionized the reading experience for anyone who’s ever tried to read a book in a language which isn’t their native tongue.” Students appreciate the fact that “you don’t have to take your eye off the screen; in many cases it hardly interrupts the reading experience. It’s a quantum leap from the old days of language study, where looking up an unknown word would necessitate a break in your concentration of at least a minute or two as you put down your book, picked up the dictionary, and got flicking through.” The in-the-moment ability to learn the definition of unknown words, even for those reading ebooks in their native tongue, is revolutionary.  You don’t even have to avert your eyes.

The addition of the Goodreads feature that allows those reading ebooks to immediately share their annotations adds an audience to the experience of reading. Questions you may scribble into the margins now become comments for all your followers to see. Goodreads even selects highlights and notes from readers to feature. This, as I’m sure you see, adds an audience to what’s often a personal and intimate experience: the act of reading (and processing) books. Often, readers reference their annotations, too, as if the number of them alone is testament to how deeply they loved.

Readers on Goodreads often reference the numbers built into the ereader’s interface. They’ll notate the percentage at which they stopped reading a novel or reference the exact time a twist was revealed. Readers, curiously, often parenthetical the fact they read on a Kindle to explain where those numbers came from.

Those reading ebooks often reference the pages left/time remaining numbers on the bottom of their ereader’s screen, too. Readers say they glance down at them while reading, that the numbers add pressure on them to finish books faster. Often referenced is the ereaders battery life, too. If a Kindle died on you while reading a novel, it is the highest praise. If you had to read while it was charging, again, a testament to the book’s quality. I suppose this is the digital equivalent of staying up all night to finish a good book.

Perhaps, without your “dark cube”, the interruptions created by the simple existence of these numbers changes your perception. Research that focused “on people’s attitudes toward different kinds of media” revealed that “whether they realize it or not, many people approach computers and tablets with a state of mind less conducive to learning.”

Ereading has become a numbers game.

Now, none of this is to say reading ebooks is better or worse, only that it’s different. And the way we review them differs, too.