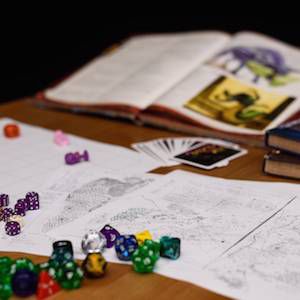 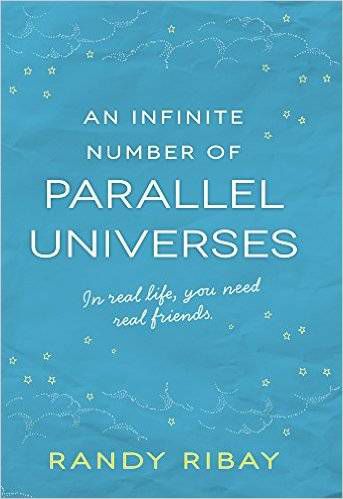 A few months ago, I met Randy Ribay, the author of An Infinite Number of Parallel Universes, for a cup of coffee and an afternoon of talking writing. He handed me an ARC of his book and then opened his laptop to write.

And that’s when I saw it.

Randy doesn’t write on just any laptop. He writes on a video gaming rig, his laptop a monstrous looking thing that practically eclipsed the table we sat at. “I play a lot of Steam games.” He quietly said with a shrug when I asked about it. Between that and the Star Wars: Knights of the Old Republic t-shirt he was wearing, I pretty much knew what I was in for with his debut novel, a book that came with a promise of four Dungeons-&-Dragons-loving geeks taking a road trip.

In An Infinite Number of Parallel Universes, Ribay introduces readers to four diverse, memorable characters, each with their own set of complicated problems. From battling heartbreak to dealing with moving, struggling with sexuality to difficult family-life situations, they’ve all got something they’re wrestling with. The story jumps from perspective to perspective, giving you time with each teen through their journey.

It’s a novel written by a geek, for geeks, that manages to touch on so much, and packs a surprising, emotional punch. The characters and their journey together will stick with you for a while.

Looking for some more geeky YA? I’ve rounded up a handful of picks here, that you should totally pick up before / after Infinite. Check ‘em out. 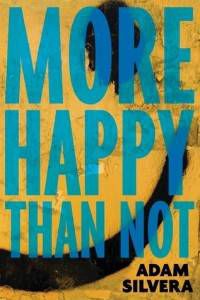 More Happy Than Not by Adam Silvera: There’s a blurb from Silvera on the back of An Infinite Number of Parallel Universes, and really, that should come as no surprise. Silvera’s debut featured a protagonist that was just as geeky as the characters in Ribay’s novel.

In More Happy Than Not, Aaron struggles with his sexuality, just like one of the characters in Randy’s book (which one, I won’t say, no spoilers here). And much like a number of Ribay’s characters, Aaron also harbors and intense love of comic books.

Guy in Real Life by Steve Breznoff: My favorite book pick of 2014, Breznoff’s Guy in Real Life is a wonderfully geeky love story that takes you through the streets of St. Paul, Minnesota… and into the virtual realms of MMORPGs. 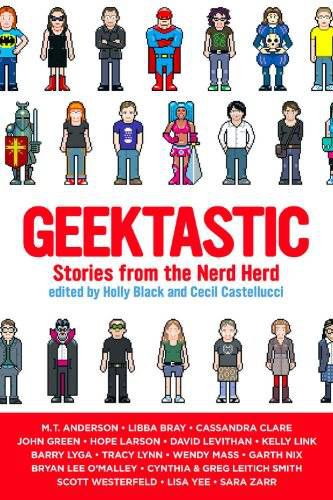 Readers meet the metal-loving Lesh, and the artsy Svetlana, who is a dungeon master in her own RPG. Love and Dungeons & Dragons play a key role in Ribay’s debut, so Guy in Real Life is a perfect next read.

Geektastic: Stories from the Nerd Herd by Holly Black & Cecil Castellucci: This anthology is just way too much geeky fun.

There are short stories inside from Sara Zarr, John Green, David Levithan, Lisa Yee, and illustrations from Hope Larson and Bryan Lee O’Malley.

And the geekery spectrum is wide. This isn’t just about loving video games and comics. Theater geeks, fan fiction writers, and more all get the spotlight in this little, quickly devour-able collection. 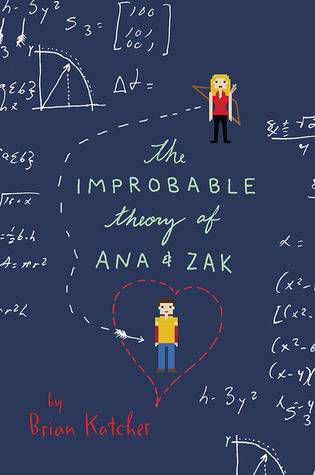 The Improbable Theory of Ana and Zak by Brian Katcher: Another novel about heartbreak, a newer book that came out just this summer, Katcher’s geeky love story takes place at a science fiction convention.

Two teens have to team up to find one of their missing little brothers, who has darted away to wander the hyped up convention.

Both have their issues, and the result is a sweet page turner that alters POV, much like Infinite does.

What are some of your favorite geeky reads, Book Riot readers? Sound off in the comments. There are a lot of them out there.