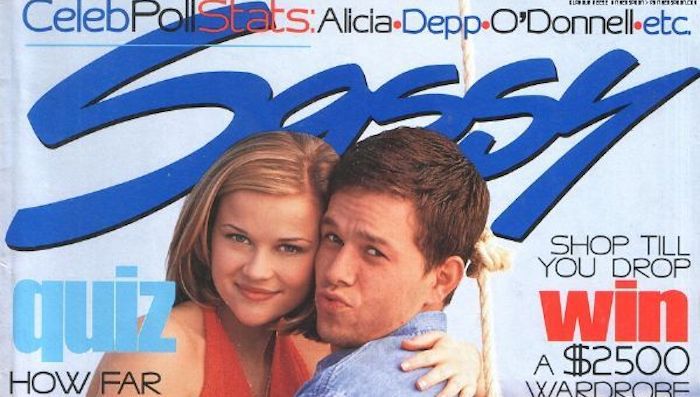 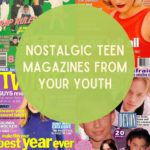 Earlier this year, I wrote about nostalgic kids magazines, ranging from publications that had short print lives to those which are still published on a regular basis. The focus was on magazines for those in the tween and younger demographics, though many readers shared their fondness for teen magazines of their youth. It only made sense to dig into some of those nostalgic teen magazines, too.

Some of these teen magazines are still being published, either in print or digitally. Others ceased operation completely or pivoted to online-only. This will be an incomplete list but one that should tap the nostalgia button for readers who loved their monthly or semi-monthly subscriptions or trips to the corner store for the latest edition.

The bulk of these publications will be U.S.-based, but many of these periodicals had sister publications across the world. It should be clear, too, that the bulk of these magazines reached a white, middle class readership, which is especially reflected in the covers of earlier editions of the titles. 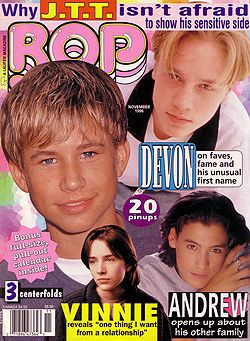 Beginning in 1983 and running through July 2014, Bop was a teen entertainment magazine from the same publishers of Tiger Beat. A lot of the content between the two magazines crossed over. They focused heavily on celebrities and were designed with a collage-style of photos throughout. What helped differentiate Bop in the late ’90s was its closer focus on music and “edgier” acts like Eminem, according to a piece in USA Today. Bop‘s target audience was the 9–12 tween girl. 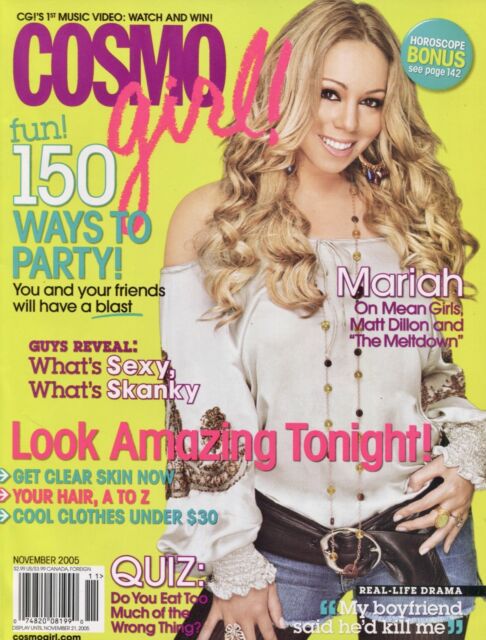 Running for almost ten years, CosmoGirl! launched in 1999 and folded in 2008. Fashion and celebrities were the focus of this teen-geared spinoff magazine of Cosmopolitan, and each edition featured photos and an interview with a celebrity, beauty, and fashion tips. Like so many teen magazines of the era, there was a section devoted to reader-submitted embarrassing moments, as well as features on mental health, sexual health, and more.

When CosmoGirl! ended, it was rolled into Seventeen magazine. 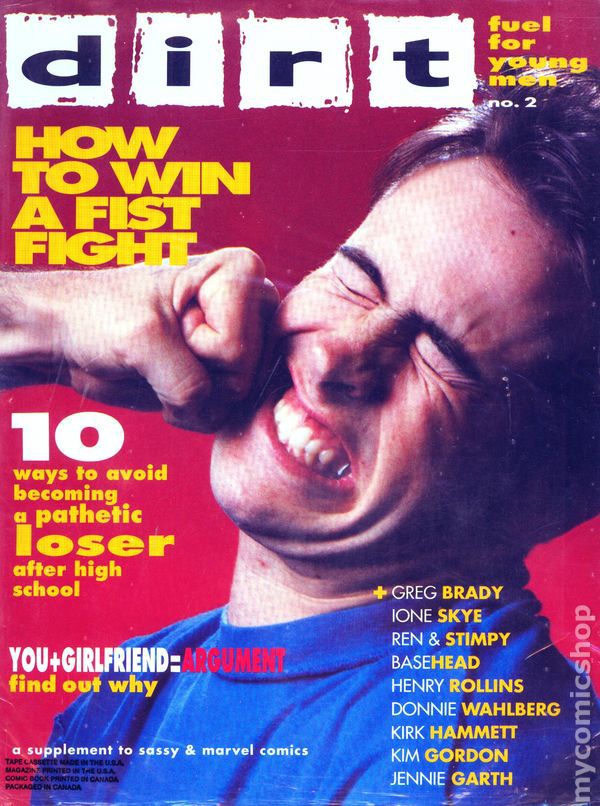 A short-lived magazine that billed itself as Sassy but focused on teen boys, Andy Jenkins, Mark Lewman, and Spike Jonze’s venture didn’t have the long life others did. Launched in 1991, the magazine’s founders — all of whom were in their early 20s — focused on sports, music, movies, celebrities, and more. Lewman called it “boys basic concerns with hard-edged pieces mixed in.” 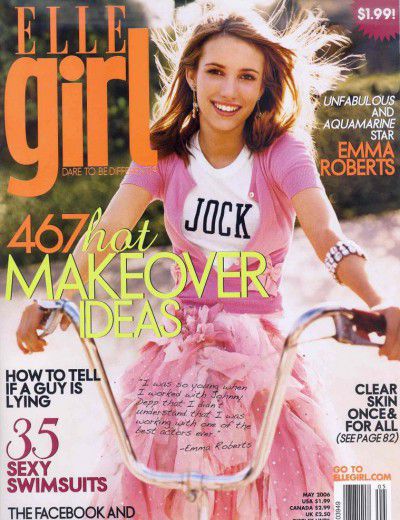 Similar to CosmoGirl!, ElleGirl was developed as the younger sister to a successful adult magazine, this time Elle. Focused on bold fashion, beauty, health, and entertainment, ElleGirl launched in August 2001 as a monthly release. It closed just a few years later in summer 2006. Despite the intent to keep ElleGirl‘s website active to adapt to the habits of teen girls of this era, it did not have a long life, either.

ElleGirl targeted older teens, and each issue included serialized fiction from a young adult author, among other features. 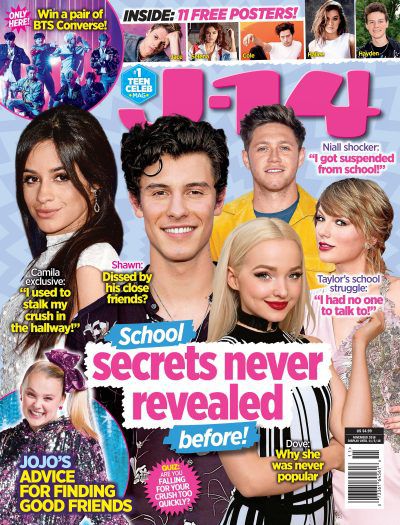 J-14 began at the same time Bop and Tiger Beat were slowing down their growth and it emerged as a real competition. As of August 2015, J-14 launched an online-only Spanish edition to continue expanding its readership. 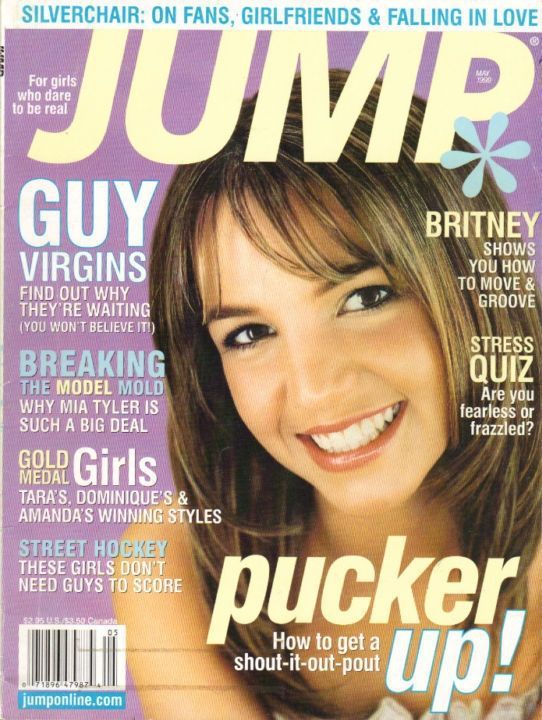 Not to be confused with the long-running manga magazine line, Jump launched in 1996 and ran through 2001. Its focus was once again tween and teen girls, as so many other teen monthlies at the time, but what made Jump stand out was its focus on teens interested in an active lifestyle. It was packed with stories of sports, with workout ideas, as well as fashion, beauty, and quizzes.

Jump also featured celebrities, including a fresh-faced Britney Spears as its cover model in 1999. 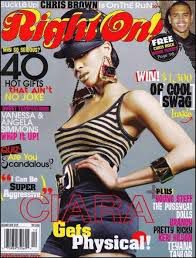 Many believe Right On! to be the first magazine in the U.S. to cater to Black teens, offering celebrity news and gossip like cousins Bop and Tiger Beat. The monthly publication aimed to keep a positive tone and highlighted musicians, athletes, and business people alongside film and television celebrities.

Right On! maintained its print run until 2014 but it’s accessible online today. 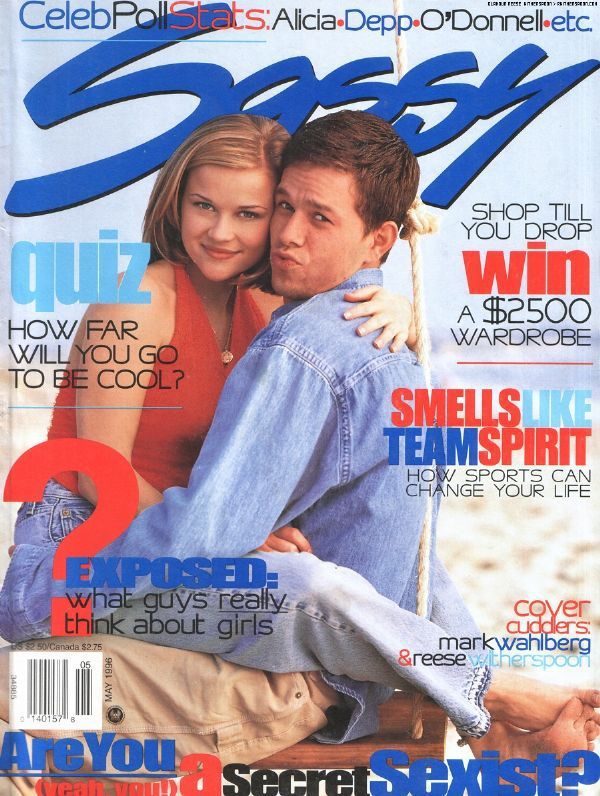 Is there any teen magazine more beloved by Gen X and elder millennials than the early ’90s publication Sassy? The magazine launched in 1988, publishing monthly until its end in 1996. Throughout the course of its life, it didn’t escape controversy, as evangelical groups like Women Aglow boycotted Sassy for its open and frank pieces on sexuality.

What made Sassy stand out was that it took a slightly off-centered approach to content and style. It was bolder than other teen magazines and covered politics alongside fashion, culture alongside celebrities, and more. Once a year, Sassy also devoted an entire issue to its readers, who would write, design, and edit the issue cover to cover. 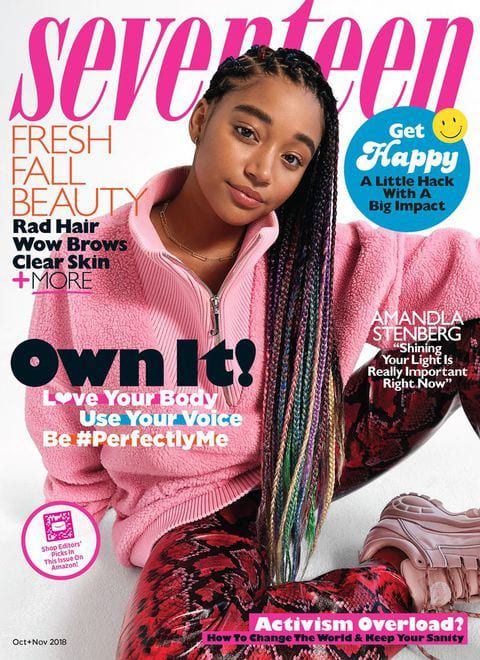 Launched in September 1944 and still publishing a print edition today (though in special standalone features, as opposed to monthly), Seventeen magazine may be one of the most recognizable among teen monthlies. When the magazine began, the focus was on helping teen girls become model citizens and workers. It didn’t take long for the focus to shift, though, to highlighting fashion, romance, and developing self-confidence.

It wasn’t until after World War II that teenagers were seen as a unique and distinct age group, and Seventeen helped usher in the era, particularly for tween and teen girls.

In 2017, the monthly combined circulation of the magazine was over 2 million across its English and international editions, which include Mexican, Indian, South African, Malaysian, Thai, Japanese, and more. 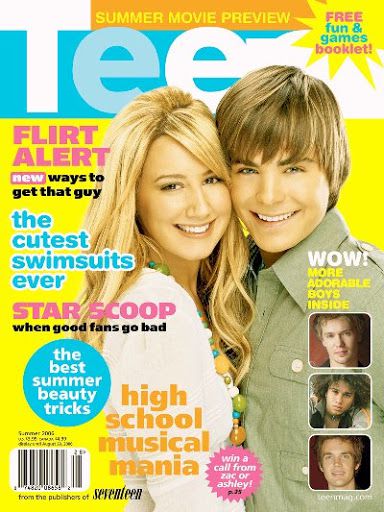 Consisting of nine distinct sections, including technology, beauty, celebrity, fashion, and more, Teen launched in 1954 and published a print edition until 2009. It also included a section entirely by readers, which included advice, essays, and, of course, embarrassing stories (“Why Me?”).

Teen came from the same family of magazines as CosmoGirl! and Seventeen, and when it folded, the focus became Seventeen. 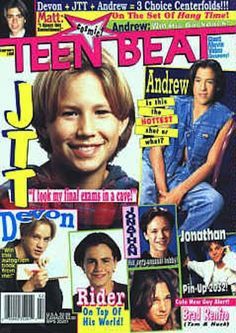 Early in its life, Teen Beat was a sister publication to Tiger Beat, and both focused on celebrities and music. The magazine launched in 1967 and after years of slumping sales — perhaps in part because it shifted to no longer being a companion but rival for shelf and subscription space to Tiger Beat and Bop — Teen Beat folded in 2007. 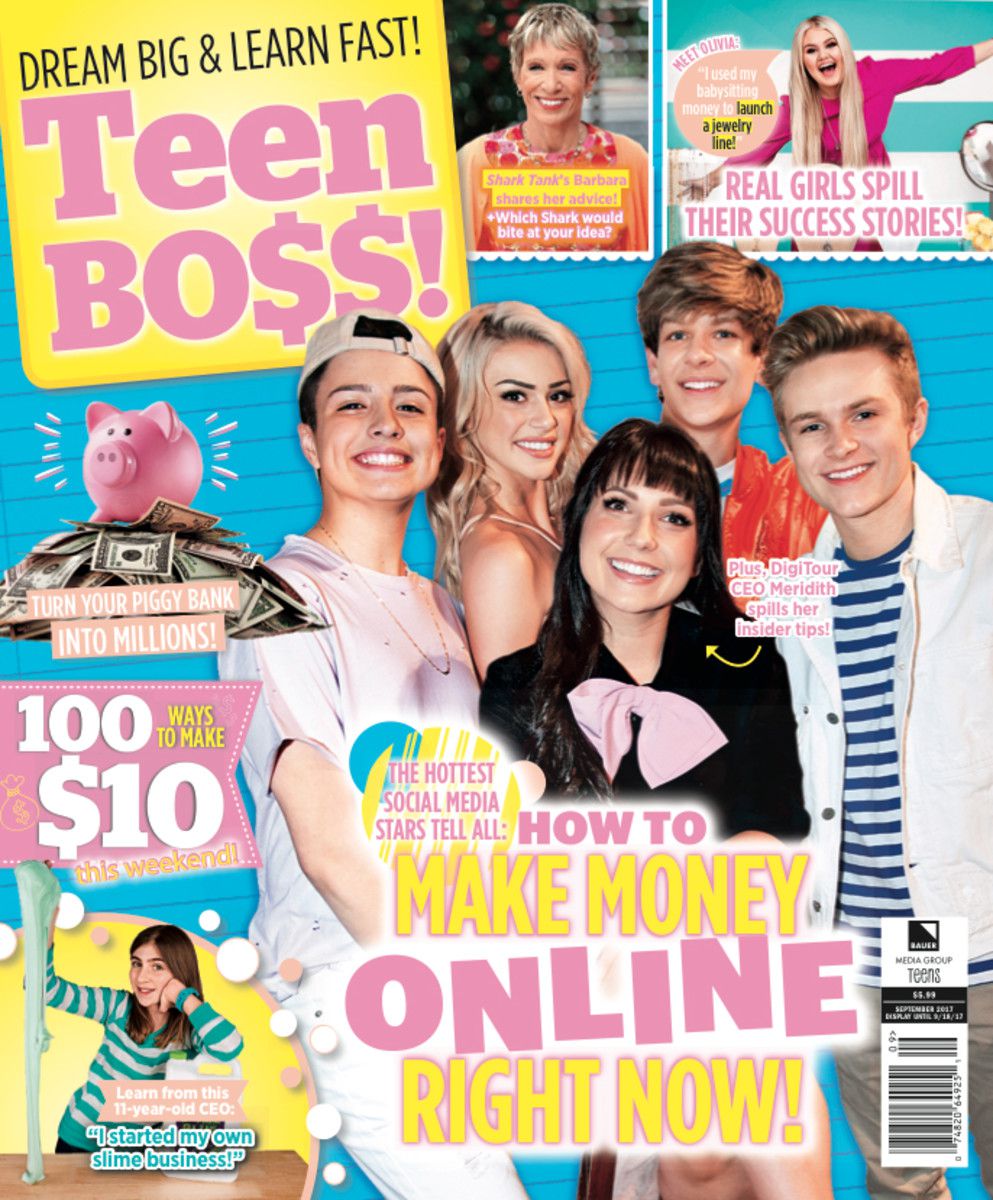 Teen Boss doesn’t have any advertising, though plenty of sponsored content is what drives this print-only publication that launched in September 2017. Though this magazine is likely not part of the collective memory of Gen X or Millennials, it’s a fascinating look at today’s contemporary moment and as Jia Tolentino digs into at The New Yorker, hustle culture and more. Indeed, there’s celebrity gossip and embarrassing stories, but how to get rich and make money are key to the goals of this tween and teen focused periodical.

Another fascinating read about Teen Boss worth digging into is Heather Schwedel’s look between the pages at Slate.

As of this writing, it appears Teen Boss went out of print, though there’s no confirmation online, as there was no online edition. The magazine’s Facebook page was last updated December 17, 2018. 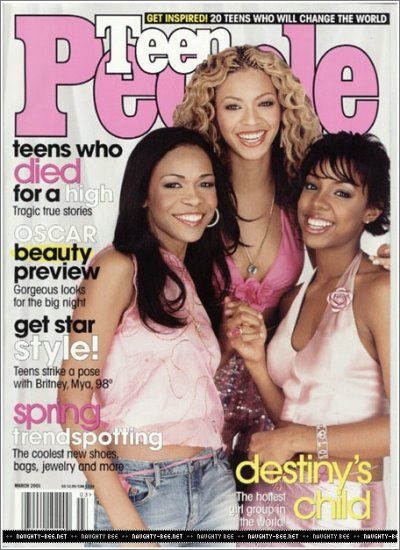 The late ’90s, despite being a time when teen magazine subscriptions weren’t at their highest, saw many spinoffs of adult magazines — perhaps in an attempt to grow that teen subscriber base that wasn’t yet ready for the adult-celebrity focus of beloved magazine brands. Teen People launched in 1998 with teen celebrity focused stories. It published until September 2006, when it folded.

Teen People kept their focus for and by teens, including a large group of teens who served as “Trendspotters” who helped guide content and voice. 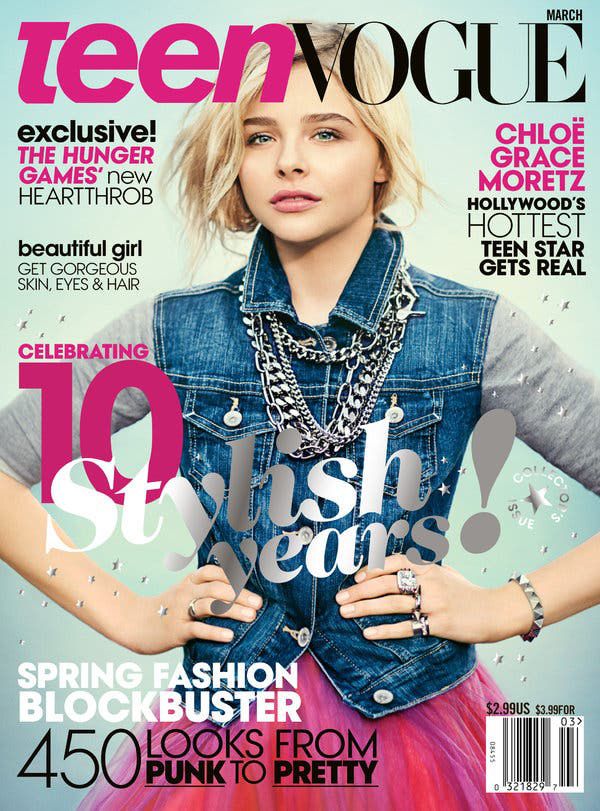 Teen Vogue may be one of the most respected teen magazines in recent memory, particularly as it has come to be a place for hard-hitting and cutting edge work on politics and social justice. Launched in January 2003 as a spinoff to the adult Vogue, it was initially a fashion and beauty magazine, but it has expanded to include current affairs and more.

Though the print edition ceased in December 2017, Teen Vogue has a robust online presence.

Teens have always been the primary market for Teen Vogue, but as the magazine shifted online, teens have not been the primary readers and traffic-drivers to the site. Entertainment isn’t the most popular reading on site, either: it’s politics and current affairs. 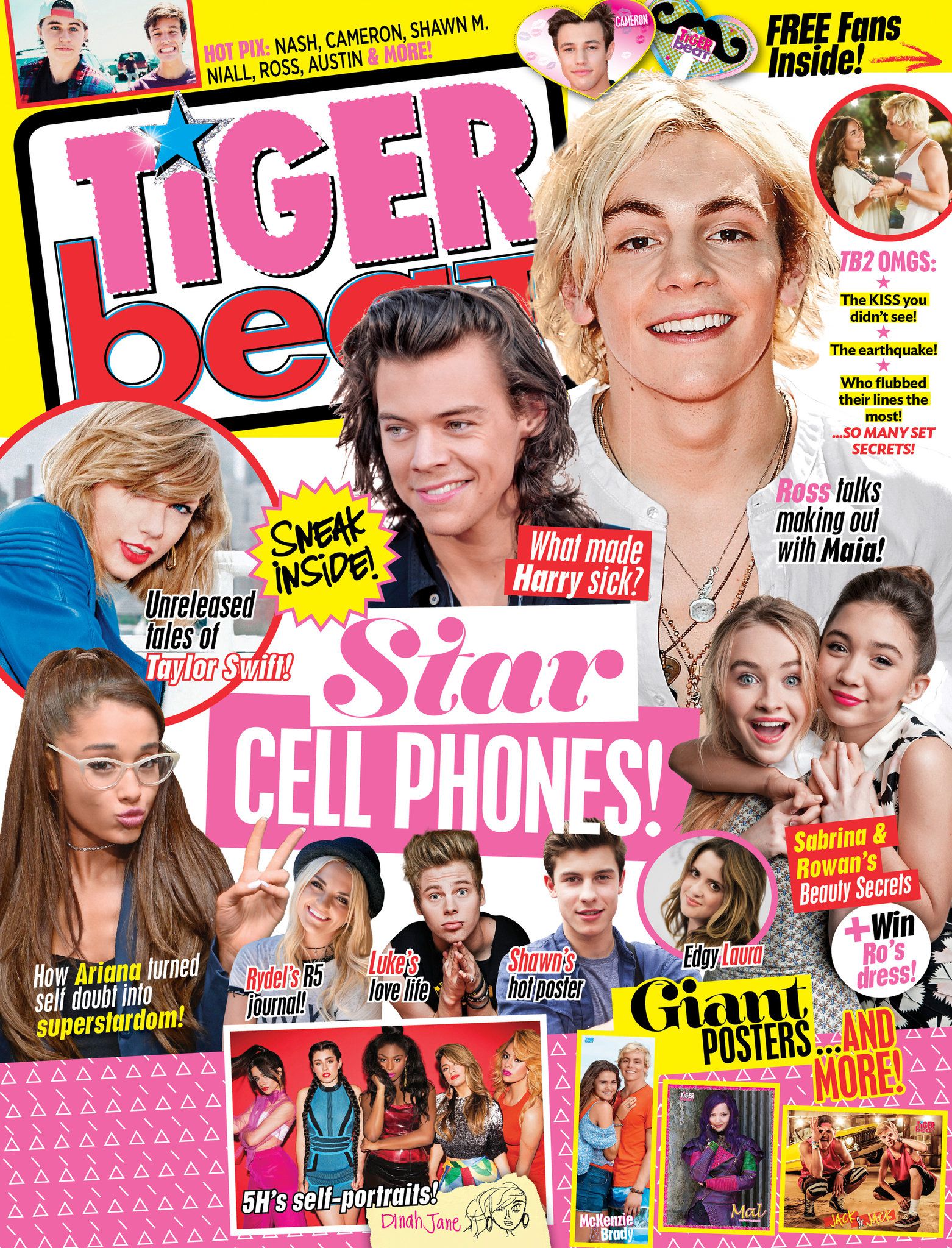 If you loved JTT, there was no better era to be a devotee than the ’90s with magazines like Bop, Teen Beat, and Tiger Beat showcasing the middle-parted teen dreamboat in issue after issue.

Tiger Beat launched in September 1965 and its print operations ended in December 2018. But never fear: teens (and not-so-teens) who love teen idols, gossip, movies, music, and entertainment can access all of the goodness of the magazine on their active website.

Given its long run over generations of teens, it’s no surprise to see Tiger Beat has really thought about and adapted to its newest readers in Gen Z. 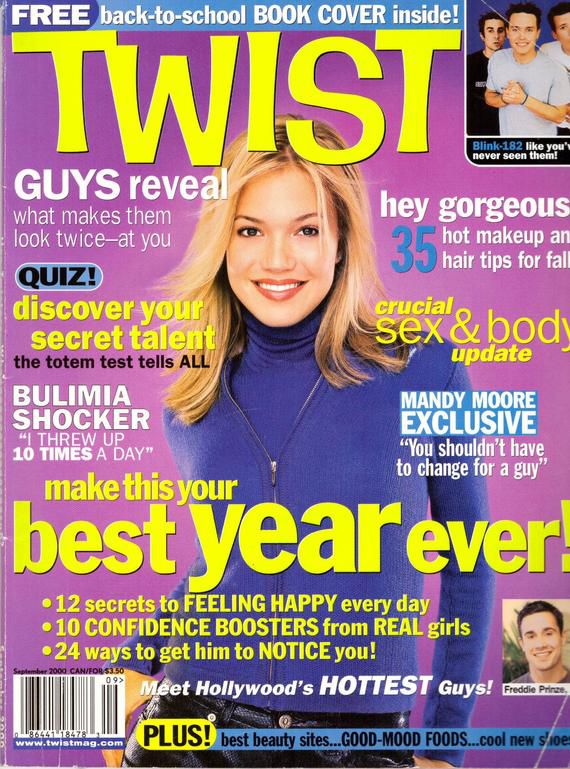 In 1997, Twist began its print era. Like many others, it focused on fashion, style, celebrities, and beauty, targeting a female tween and teen audience. Being a teen girl in the late ’90s meant having so many options when it came to magazines that highlighted these topics — perhaps that’s why that same period of time has been cited as one with a dip in magazine sales and subscriptions. They were hard to differentiate.

Twist ended its print run in 2016, but turned its focus to online. But as of this writing, Twist magazine no longer appears to be updating its independent social media, nor does it have its own website address. Rather, it appears to have folded into J-14, a sister publication. 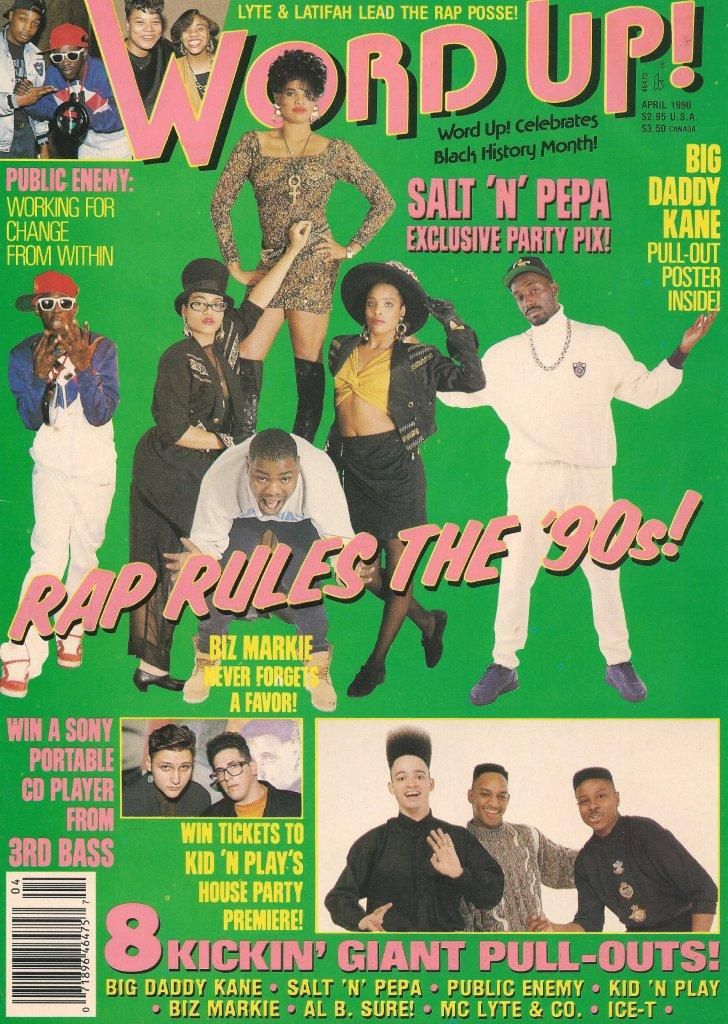 Like Right On!, Word Up! was focused on reaching Black teens and highlighting Black musicians between its pages. More specifically the magazine, which ran from 1987 until April 2012, focused on R&B and Rap music. It was among the only places to discover and learn about rap artists in those early years, and Notorious B.I.G. played homage to the journal with his song “Juicy.”

Readers could dig into interviews, as well as tear out posters and photos featuring favorite hip-hop and R&B stars and emerging talent. 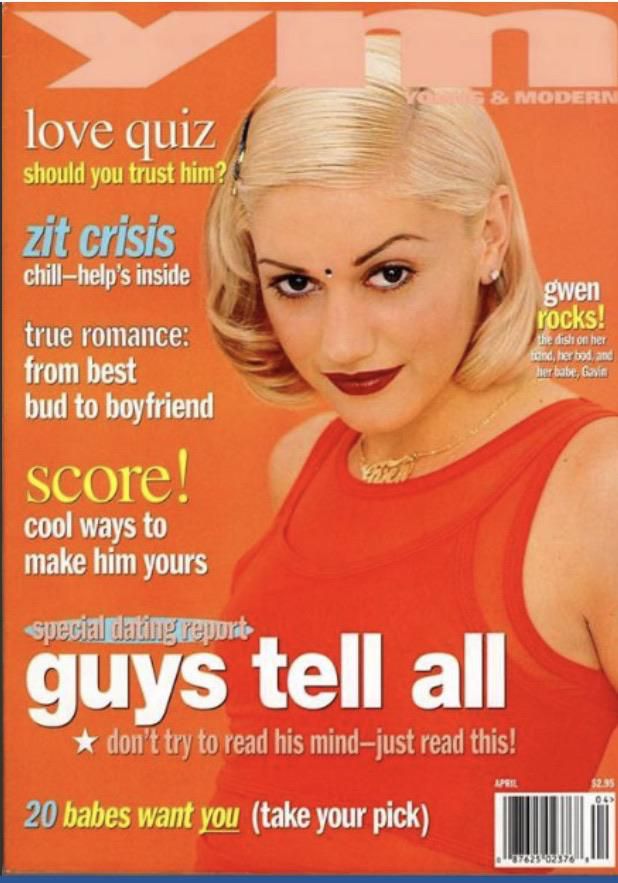 YM, in my memory, always stood for Young and Modern, but it turns out, the magazine’s name abbreviation morphed and changed over the course of its 72 years in print.

In 1932, two magazines existed that would form YM: Compact, meant for older teens, and Calling All Girls, for tweens and younger teens. Calling All Girls has been cited as the beginning of the teen magazine staple of embarrassing reader-submitted stories. By the 1960s, the magazines came together to become Young Miss, and in the 1980s, YM began to stand for Young and Modern. It saw its final name change in 2000, when it became Your Magazine.

The print publication ceased in 2004.

YM changed and shifted not just in name, but in content as well. Though a fashion-focused magazine in its later years, in early editions it included comics and short stories. As it evolved, editorial decisions toward its fashion focus made it a forerunner in choosing to no longer run articles about topics like dieting.

For more great reading about teen magazines past and present, explore this piece on the rise and fall of teen magazines at The Hairpin, the history of teen idol magazines at Mental Floss, and this fabulous piece about how teen magazines have always been about more than fashion in The Washington Post.