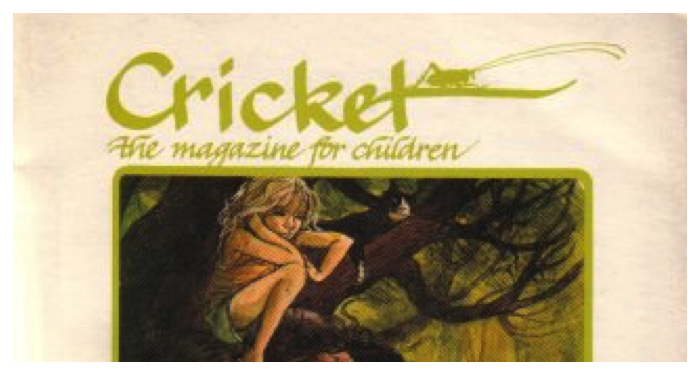 Remember magazines? Sure, many still exist whether in print or online, but the heydays of print magazines has passed.

I didn’t have a lot of money growing up, but one area where my family splurged was magazines. If you found a good coupon or subscription pack, you could get a bunch of monthlies for a reasonable price. But even beyond the mail, we’d scour book sales and garage sales for old issues and grab them for a song.

Fewer and fewer subscriptions had my name on them after high school, and it wasn’t until recently I ordered a quarterly magazine. I still peruse bookstore magazine stock and haven’t been afraid to drop a chunk of change for a pile of new titles and issues to read, as well as to use for various art and craft related projects (I’m team use your reading material even for art).

My memories of a childhood in reading, though, isn’t simply in the books or the library. It’s in magazines, too. Some of them still exist, while others lived but short lives.

Let’s take a look at some of the magazines of young readers itching to take a trip through nostalgia. Below are a wide range of kid’s mags, including science titles, activity-based magazines, and some which are still alive and thriving today. 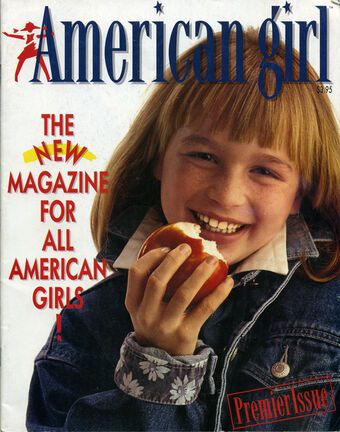 Perhaps something I’ve never forgotten about growing up — something that absolutely made me realize how money had different meanings to different families — was that I could never have an American Girl Doll. I made friends with other kids who did, so I had plenty of time to play with Felicity and Samatha, and one Christmas, I dressed up as Samantha to celebrate.

Though the dolls were out of reach, the magazines were not.

Beginning in January 1993, the American Girl magazine was a bimonthly subscription packed with crafts, activities, advice columns, articles, and more. It targeted a female audience in that tween zone, ages 8–14, and it ran until ceasing operation in January/February 2019. What made this magazine particularly noteworthy was that it was ad free, and while it did promote the American Girl products, over the course of its life, it shifted to showcasing more stories of real American girls.

American Girl magazine in its early years also offered paper dolls in each issue, meaning that for kids like me, it was possible to own something like their dolls. 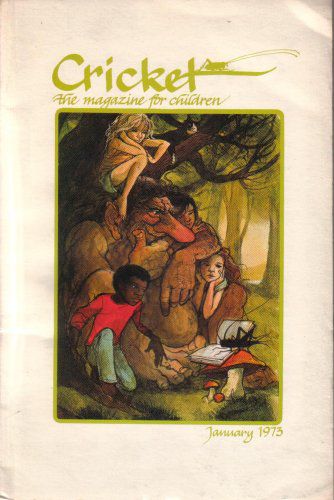 Still in operation today, decades after it was founded in 1973, Cricket was established to be a literary journal like The New Yorker but for children. It targets that 8–14 market, publishes about nine times a year, and each of the 48-page issues showcase original art, stories, articles, and more by a wide range of creators.

Cricket‘s backlist, as well as its frontlists, showcase an incredible range of beloved talent within and beyond children’s literature. Authors like Eric Carle, Ursula Le Guin, Paul O. Zelinksky, and more have contributed.

The first literary magazine of its kind for children, Cricket inspired a number of similar publications. Many are still in print, including Cicada, Spider, and Ladybug.

Cricket features a variety of illustrations throughout that have been part of the magazine since the beginning, and each of these insects tells a story throughout the issue, as well as help annotate the issue. 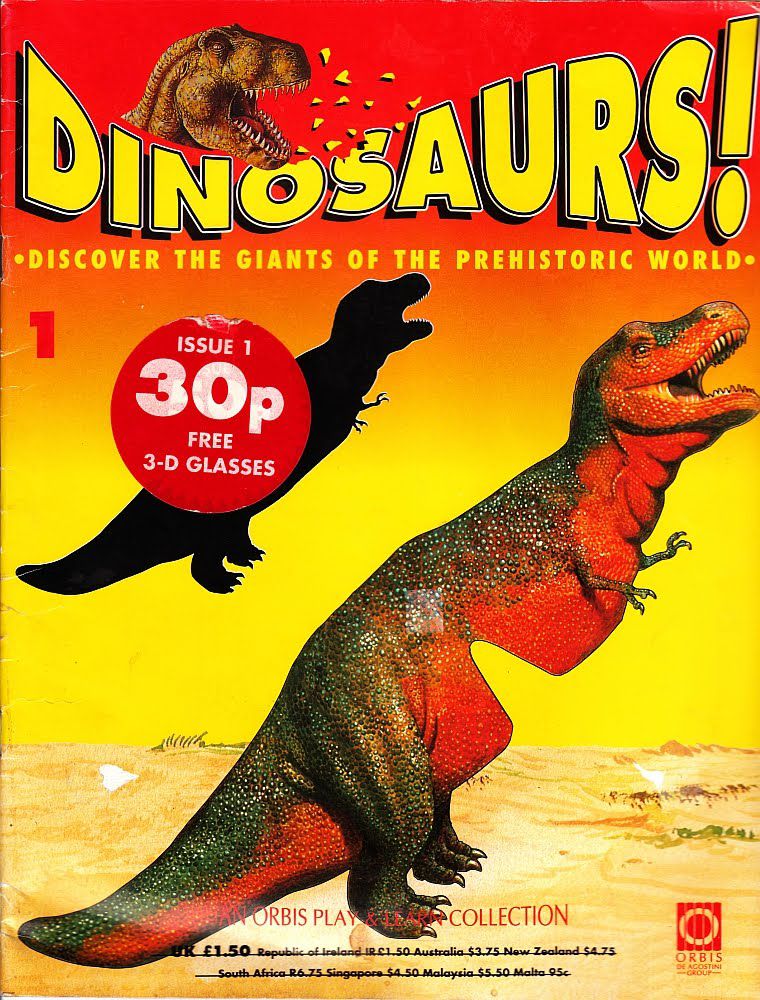 Absolutely no magazine hits my nostalgia button like Dinosaurs! does. When a new issue would arrive, my mom would drive me to the convenience store outside our neighborhood on the way to school so I could have it ready for me when I came home. Not only was I deeply invested in the dino content, each issue came with a make-able project. Building your own dinosaur? Badass.

The magazine ran for 104 issues and ended in 1995. Each issue focused on a specific dinosaur and offered up some incredible-for-the-time images of various dinos, as well as all kinds of facts about them. There were 3-D comics, facts about what dinosaurs ate, and so much more.

What’s interesting is this isn’t a U.S. magazine but rather originated in the UK, so chances are U.S. audiences didn’t get their hands on every issue. I remember only having four or five of them, but they were loved fiercely. 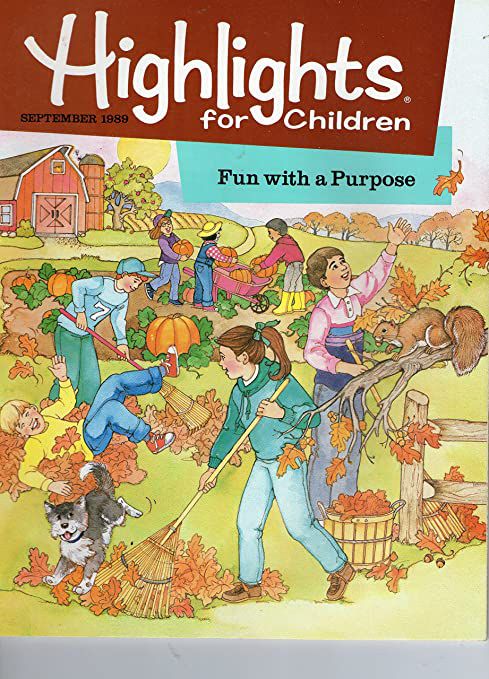 Launched in 1946, Highlights has always followed the mission of “fun with purpose.” There are over a billion copies of Highlights in print, and it’s among the few publications still in existence and which doesn’t utilize third-party advertisers.

The magazine reaches a younger audience of preschool through about 6th grade and each issue has loads of stories and puzzles. There are regular features in each edition, including some which have been around since nearly the magazine’s inception: Goofus and Gallant, jokes, riddles, Hidden Pictures, and What’s Wrong have encouraged children to find humor in the everyday.

Though Highlights has also introduced apps and digital content for today’s young readers, they remain print staples in homes and doctors’ offices everywhere. It’s worth noting, too, Highlights hasn’t been afraid to speak up and out about political issues, and in 2019, denounced family separation at the U.S.-Mexico border. 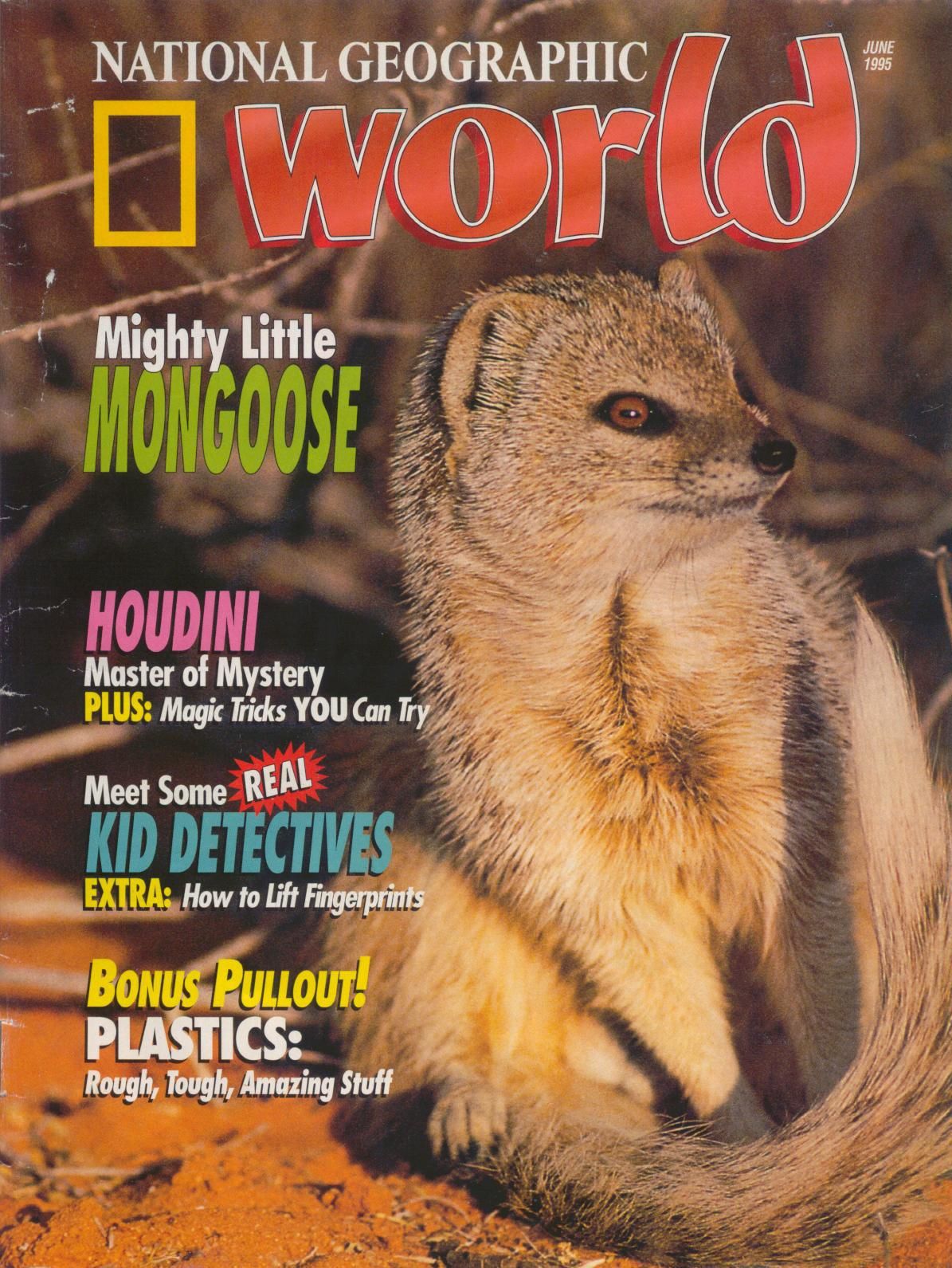 Though its original language is English, the magazine has nearly 20 editions that reach children across the globe in a range of languages.

It should be no surprise the focus of Nat Geo Kids is on nature and wildlife, with regular features that highlight world news, cool inventions, ways to live a more green life, and more. 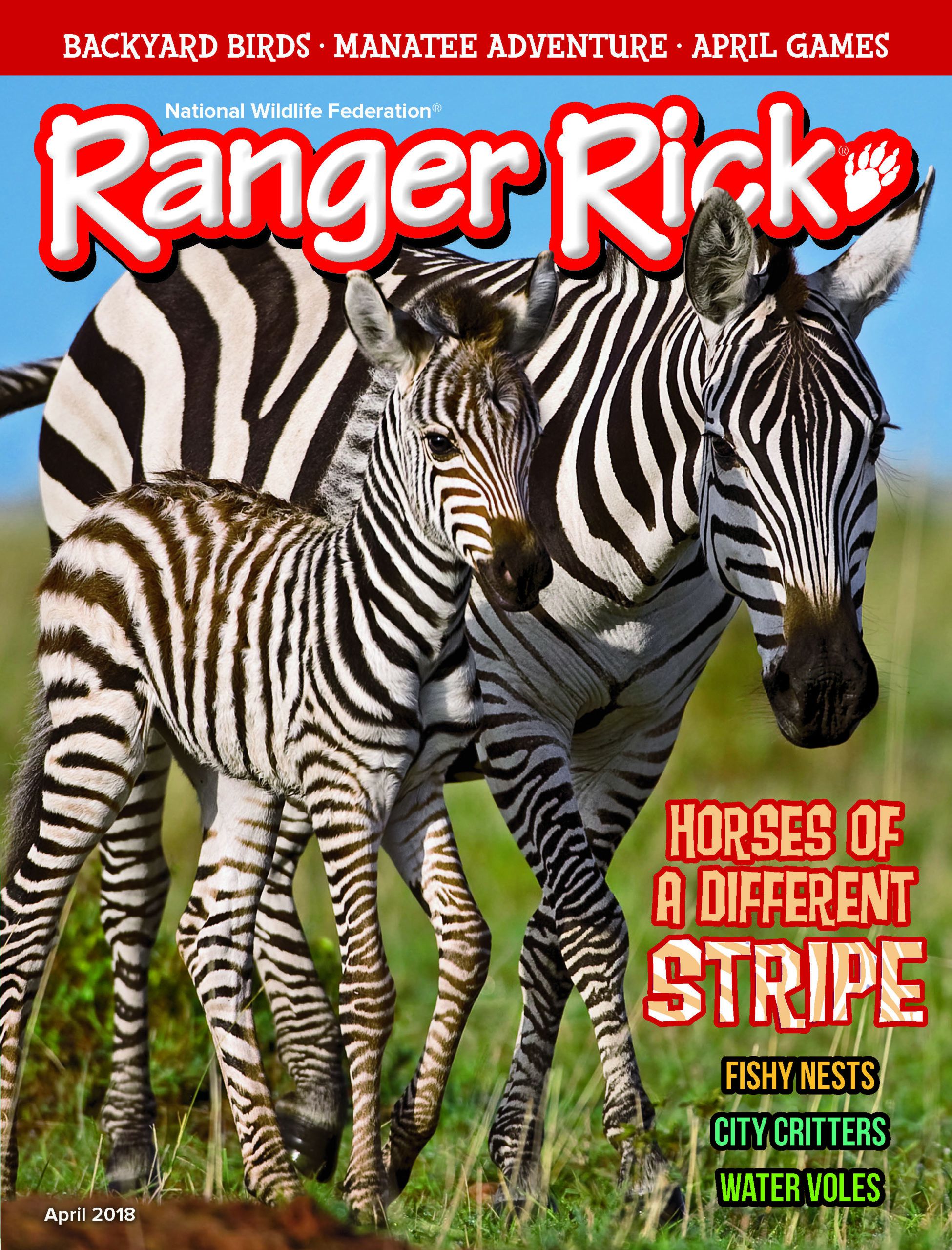 I’ll never forget the time I discovered a giant box of old Ranger Rick magazines at a library book sale (or garage sale, I can’t remember that detail) and was able to bring them all home. As an ardent animal lover, the date on the issue didn’t matter: I knew I’d learn a lot of cool facts about so many different species and get to look at great photos. In the days before the internet, some of the best photography of nature was in magazines.

Ten issues per year are still being published and the magazine launched in January 1967 by the National Wildlife Federation. The intent was to encourage kids in that tween age group to learn about the outdoors and find a love for the environment.

Perhaps one of the most interesting tidbits about Ranger Rick is that so many kids come to it exactly the way I did: through old issues. Though their subscription base is robust and they have two other magazines for even younger readers (Ranger Rick Jr. and Ranger Rick Cub), it’s through old issues they find many of their new fans.

Ranger Rick himself is a cartoon raccoon who, along with some trusty woodland sidekicks, encourages kids to caring for wildlife and the environment. 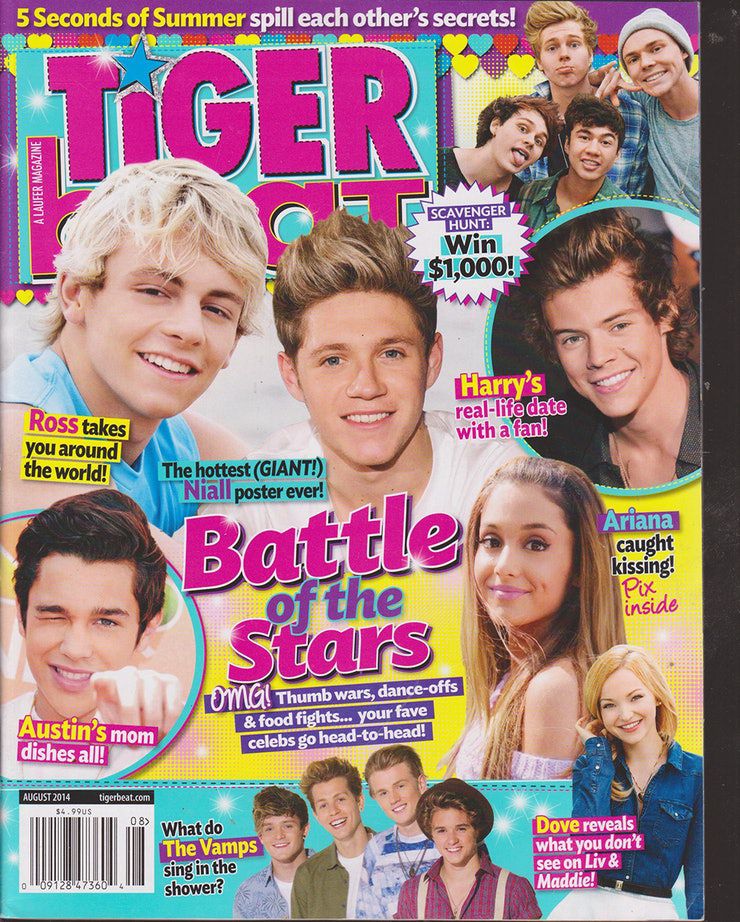 I was never cool enough, hip enough, nor in touch enough to be the kind of kid who read Tiger Beat. But the magazine, which began in September 1965 and maintained its print run until December 2018, was marketed for adolescent girls who loved pop culture and celebrities. It still publishes content online.

Tiger Beat was catnip for teens who love celebrity gossip and who ached to hang their favorite heartthrobs on their bedroom walls. The magazine featured images which encouraged just that. Interestingly, until 2016, the magazine’s cover featured a collage of celebrity idols to entice young readers; after, the creators decided to instead choose a single celebrity to spotlight, noting that Gen Z preferred getting to know one person in as much depth as possible (perhaps we can thank the internet and fandom for this!).

The 1960s can brag about a number of similar tween-and-teen celebrity gossip magazines beyond Tiger Beat, including Monkee Spectacular (about, well, you know what group!) and FaVE. One of the owners of Tiger Beat was also owner of another similar magazine, Bop, which ceased operation in 2014. 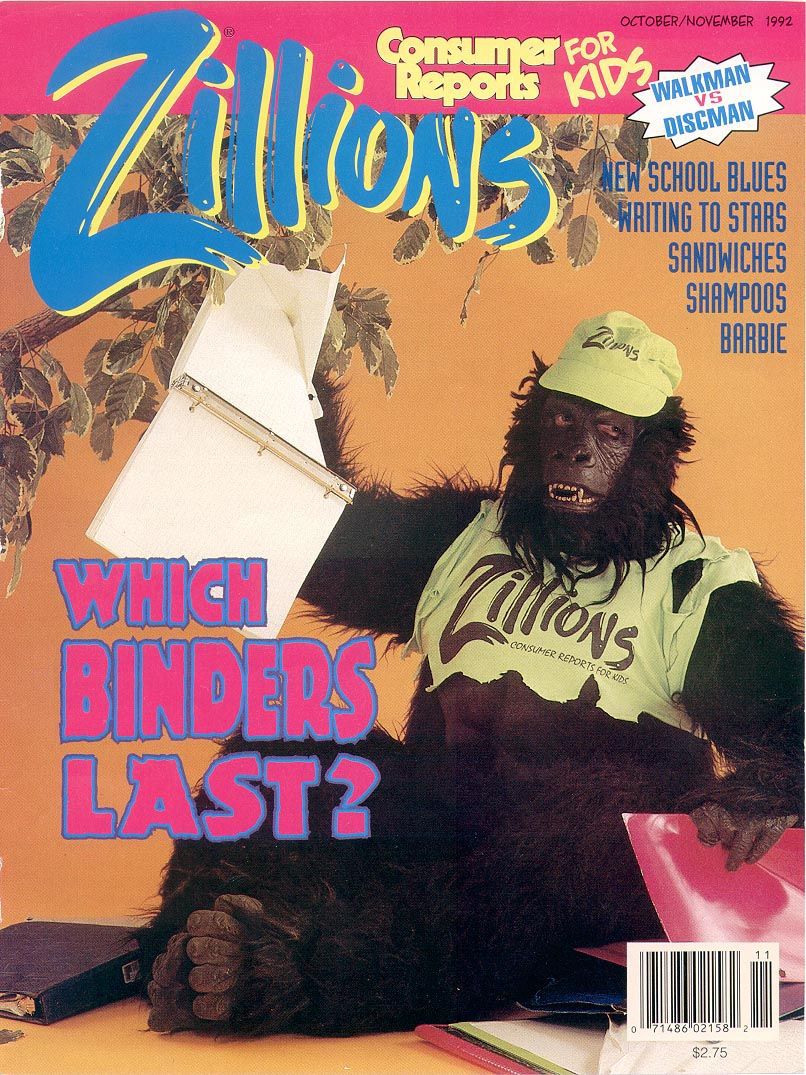 What better way to educate the youngest readers about capitalism and consumerism than via a magazine dedicated to just that? Zillions was founded in 1980 and was a children’s version of Consumer Reports.

Though it sounds like it could open up a whole host of issues, Zillions was advertisement free and sought to educate young people about budgeting and saving, included reviews of products that were advertised for children (so they could decide whether or not that was worth their money!), and it explored the ways advertisements can manipulate people into action. Kids had a hand in the development of the magazine, offering insight into the kind of content they wished to see and products they hoped would be tested, and kids were selected to test numerous products themselves. 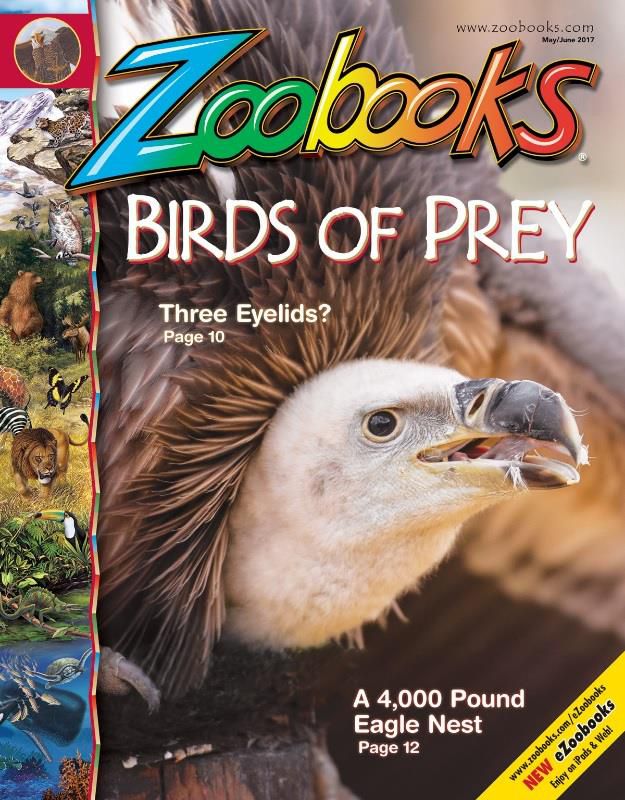 Publishing nine issues a year and still in print, Zoobooks began in 1980 as a publication from the National Wildlife Federation — indeed, the same one publishing Ranger Rick. What sets Zoobooks apart, though, is its focus on a singular animal in each issue. It’s packed with photos, facts about different species and subspecies of the cover animal, diagrams, facts, and, of course, games.

Though the bulk of the magazines here targeted tweens in that 7–14 or so age range, teen magazines have their own fascinating histories. The Hairpin’s deep dive into the decline of teen magazines is absolutely riveting.