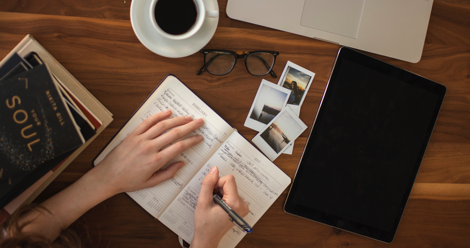 In first grade, the vivid memory of writing a first short story. It was about a snail.

Later that same year, being handed an Amelia Bedelia book and being befuddled by such a dumb character. Never picking up another edition from that series again. 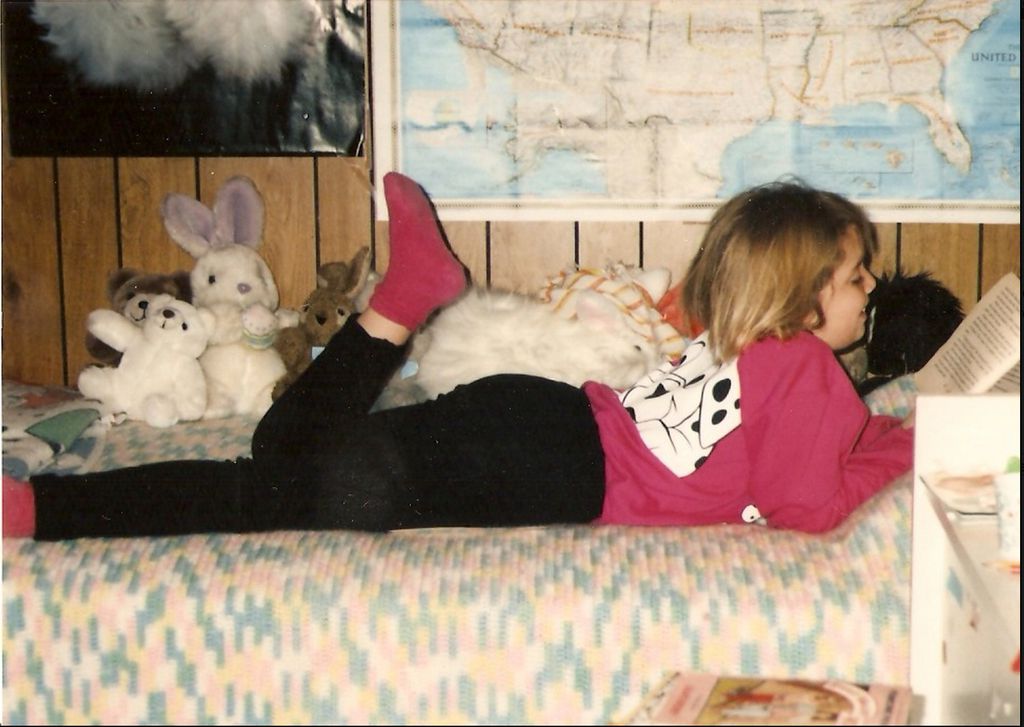 Portrait of the writer as a young reader. Reading.

In second grade, thinking punishment was coming because of being pulled outside the classroom, and being told that now it was time to read books from the shelf in the corner. “Because you’re far more advanced than the other students.”

Feeling frustrated to have to pick from the boring shelf, being singled out, feeling like I couldn’t read the fun books.

Checking stacks upon stacks of Family Circus and Garfield comics from the local library to make up for all the boring books I was stuck with during the school day.

Winning a writing award for a story about a rabbit who lost his ears. They were in the ice box, presumably because he’d been hanging out there at some point as rabbits do.

A friend’s mom taking me out of school (with my mom’s blessing!) to meet Ann M. Martin, my writing hero.

In third grade, wanting to be cool, carrying a backpack heaving with books like Christopher Pike’s Chain Letter and dozens of R.L. Stine Goosebumps titles. Handing them out to classmates during sustained silent reading time.

My mother rifling through my backpack, pulling out the books, and telling me I didn’t need to lend out all of my books to make friends. That my teacher was concerned I was going to hurt myself with that many heavy books on my shoulders.

The writing award for a story about a family of seaweed. I remember nothing about the story except that I was great at illustrating seaweed.

A stepmother who told me if I was good when she did something to me that I didn’t want done, she’d buy me the *entire set* of Addy books from American Girl (my favorite, despite having dressed like Felicity for Christmas that year). She lied, and it was abuse.

In fourth grade, volunteering to help read to the first graders on Friday afternoon but giggling with friends in the first grade classroom corner over the very graphic descriptions and depictions of how cats reproduce, thanks to the giant reference book about cats. Hiding the book the moment the teacher walked by.

Sitting through yet another read aloud of Hatchet, maybe the third of my time in school, and wishing desperately to be sick enough to have to go to the nurse. Making my leg fall so deeply asleep during one of the read alouds that I tripped walking back to my desk (it was better than listening to one more page of that book yet again).

A fifth grade teacher who began the year letting us know that we were allowed to read anything we wanted to for silent reading and for our quarterly reading logs. Except R.L. Stine or Christopher Pike or any other similar horror writer. “Those books maim and murder too many female characters,” she said.

It didn’t click then. Especially after having to endure Johnny Tremain and wondering why, why, why all the books we had to listen to featured so many annoying boys as lead characters.

Six grade, first male teacher. A teacher who encouraged we draw during read aloud time. At the start of each new book, we’d be handed a manilla folder with blank paper inside. “Have fun,” he’d encourage. It was a way into books and a way out of them when they became boring.

We listened to him read The Phantom Tollbooth and many other classics, and we named the pet sea monkey “Highlander” in honor of one of the books we’d read. The second sea monkey was named “Highlander the Second.”

Seventh grade and eighth grade, a collection of reading experiences I remember but in bits and spurts. Writing a musical script with friends based on the book A Family Apart by Joan Lowry Nixon and spending evenings filming it.

Reading Homecoming by Cynthia Voigt and vowing there would be no worse book ever (there were, of course, but seventh grade is about the hyperbole).

Choosing The Taming of the Shrew as a book report title in eighth grade because of a love for Ten Things I Hate About You. A teacher who shrugged her shoulders. “Whatever you want.”

Paging through various editions of the Guinness Book of World Records whenever relegated to the basement for a tornado warning. Finding comfort through the anxiety in learning what the world’s various tallest shortest longest smallest were.

Reading Sphere because a boy I like raved about. Writing a letter to the author, and bragging about how I got a signed headshot back.

Reading (a lot of Willa Cather I did not care about, as if an apology for all of the male authors we’d read up to that point)

Reading (Emily Dickinson and a lot of her—deep dives into her work, satisfying work called “Emily Weekends” with two other girls in my class)

Reading (Far too many boring titles from the canon, including rote memorization of boring white men like Thoreau who went to the woods to live deliberately while his mom did his laundry for him at home)

Reading (Books my psychology teacher recommended to me or handed to me because “they seemed like something you’d enjoy,” and her always being right about that and about me)

Reading (widely, wildly, on my own, before and after school).

Ending my high school career in a class where the English teacher turned to me to ask for my advice and recommendations on reading because, as he put it (the third he I’d had for English in high school), “you are, by far, the most prolific reader I’ve had as a student.”