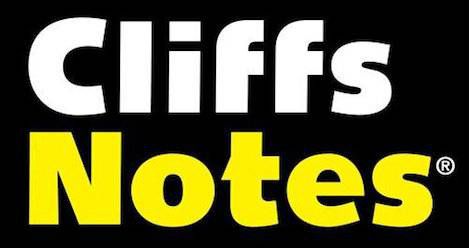 I know most of you reading this have likely always been relatively bookish. You were probably in your high school’s AP class, loved summer reading assignments, and were thrilled when you got to show off your knowledge of Dickens, Chaucer or Shakespeare. I mean, you’re spending your free time reading a website called Book Riot. But, let’s be honest… 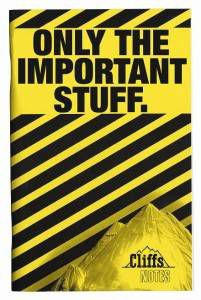 You TOTALLY used CliffsNotes at one point. You know it, I know it, and (sorry to inform you of this, but) your teacher knew it as well.

Whether it was to supplement your knowledge of a book for a test or to fake your way through an entire thesis paper, you possessed at least one copy of that iconic yellow and black book. You clarified plot points that you didn’t quite get (or completely glossed over), you discovered symbolism that you didn’t previously see (can’t a red hat just be a red hat, Holden?), and you searched for interesting insights that would be sure to impress your teacher.

And I’m sure at some point, you picked up that slim tome approximately 1/8th the size of the book you were actually assigned to read, and wondered…

Just who the hell was Cliff???

Clifton K. Hillegass was born in Rising City, Nebraska in 1918. He attended and dropped out of Midland Lutheran College and began working for the Nebraska Textbook Company as a store clerk. In 1958, after serving in the Army Air Corps as a weatherman during World War II, he returned to Lincoln and the Nebraska Textbook Company. During his time there, he met a man named Jack Cole, co-owner of a Toronto-based book business called Coles. Cole had previously published a series of Canadian study guides called Coles Notes and offered the American rights to Hillegass.

Cliff Hillegass and his wife (whom he married in 1939) began CliffsNotes in the basement of their house in Lincoln, beginning with guides for sixteen of Shakespeare’s works. He designed the cover himself but used graduate students to write the guides. In fact, he never wrote any of the guides published during his lifetime. Their first year in business, they sold 58,000 copies.

Hillegass passed away on May 5, 2001. However, his legacy still lives on in high schools and colleges all over the world. His company was acquired by Houghton Mifflin Harcourt in 2012 and currently there are approximately 300 titles available in 7,000 retail outlets. The distinctive cover he originally designed in 1960 remains the same one stressed out college students all over the world grab with two days left until their literature papers are due.

So here’s to Clifton Keith Hillegass- the savior of procrastinators everywhere!