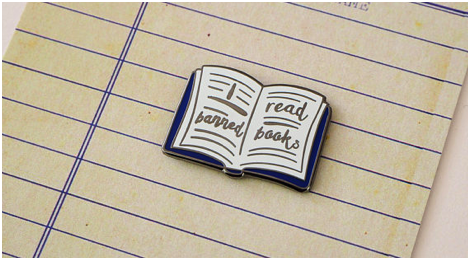 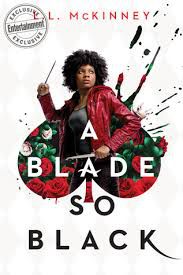 Sponsored by A Blade So Black by L.L. McKinney

“The fantasy book I’ve been waiting for my whole life. Alice is Black Girl Magic personified.” —Angie Thomas, #1 New York Times-bestselling author of The Hate U Give. Life in real-world Atlanta isn’t always simple, as Alice juggles an overprotective mom, a high-maintenance best friend, a slipping GPA, and an ongoing battle against monstrous creatures in the magical dream realm known as Wonderland. When Alice’s handsome and mysterious mentor is poisoned, she has to find the antidote by venturing deeper into Wonderland than she’s ever gone before. And she’ll need to use everything she’s learned in both worlds to keep from losing her head…literally.

Hey YA readers, it’s Banned Books Weeks, which is a bit of a misnomer! Anyone who has ever worked in a library knows that this month, more than any other month, you hear the confused question, “You ban books here?” To which we say—NO! Never! Banned Books Week is about raising awareness to challenges to our intellectual freedom, which seem to be coming faster and more frequently these days. The ALA’s Office for Intellectual Freedom records challenges to materials in schools and public libraries, and while most challenges don’t result in banning, 2017 saw an uptick in challenges—from 323 to 416. You can always check out the top ten most challenged lists going back to the 1990s to get a feel for what’s pushing people’s buttons, but I wanted to highlight a few favorite challenged YA books from recent years that you definitely should read this week or any other week of the year because they are important—and so is intellectual freedom! 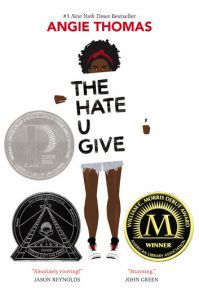 You might have to be living under a rock to not have heard about this award-winning book. Considering how divided the U.S. is on the subject of police brutality and the shameful racism that is rampant in our society, it’s not at all surprising to me that The Hate U Give made the top ten most challenged list its first year of publication. The ALA OIF reports that it was challenged in school libraries and removed from curriculums mostly due to “profanity” and “vulgar language.” I personally know three high school teachers who would love to use the book in the classroom but can’t because of administration and parental objections to language. This saddens me, but I think the fact that so many teachers and schools are bringing it into classrooms is so very important. 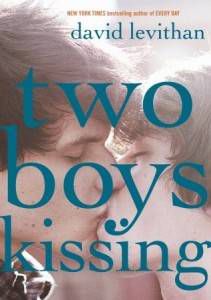 David Levithan’s novel about two boys protesting a recent hate crime by trying to set the world record for the longest kiss, narrated by a Greek chorus of men who lost their lives to AIDS, appeared on the top ten list in both 2015 and 2016. While I’ve never personally faced an official challenge to this book, every time I place it on display in my library, I inevitably find that someone turns it around so that the cover and title aren’t visible (a subtly insidious form of censorship that is much more difficult to track than formal complaints!). The ALA cited the cover image as a reason for some of the challenges, which is just so absurd I have to laugh. Talk about judging a book by its cover… 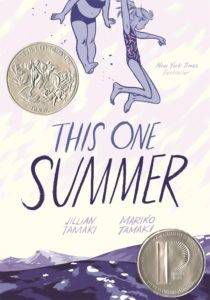 This One Summer is a stunningly beautiful YA graphic novel that nabbed both a 2015 Printz and Caldecott Honors, and the attention it garnered clearly wasn’t all positive as it was the #1 most challenged book in 2016. I loved that this book is about two friends who are starting to become curious about and exposed to the adult world during one transformative summer, and I thought that the Tamaki cousins expressed the tension of passing from childhood to adulthood beautifully. It’s incredibly sad that so many adults believe a positive portrayal of coming of age was inappropriate for readers, citing LGBTQ characters, profanity, drug use, and mature themes as a reason to remove it from shelves.

I encourage you all to have an active understanding of how your local libraries and schools handle challenges to intellectual freedom, and show your support for intellectual freedom every week of the year by standing up for #freadom and supporting these books!