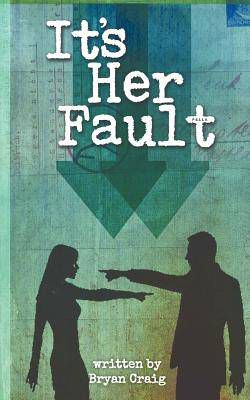 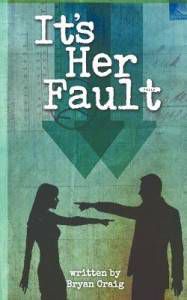 There’s a rather interesting book-related controversy brewing here in the Windy City: A high school guidance counselor and girls’ basketball coach named Bryan Craig self-published a racy, tasteless book titled It’s Her Fault. The book, as Craig explains in the Foreward, is supposed to “give women a road map to having the upper hand in a relationship with men.” Craig — who is married — is frustrated with women. And he wants to use his powers of counseling to help, because “What I have found is women act based on emotion alone instead of emotion plus intellect.” Duh, right?

As stupid as that is, though, it’s the parts about how women should give oral sex and why having sex with Latin girls without a condom is about the same as having sex with white or dark-skinned girls without a condom that got Craig fired from his guidance counselor job (he’d previously resigned on his own as the girl’s basketball coach). The Rich Township High School District 227 board voted 6-0 to can him, explaining that his “conduct in this matter fell far short of our expectations.”

Now, claiming his First Amendment rights were violated, he’s suing the district for $1 million “to compensate him for the injuries he suffered.” No question, Craig, who bounces at a strip club in his spare time, is guilty of enormous douche-baggery, but is the stupid book that he wrote in his own spare time a fireable offense?

According to The Chicago Tribune, Craig says the book was not part of his official duties and therefore shouldn’t be used against him. But that’s not true, is it? His decision to write and publish this book actually IS directly related to his job as a counselor and coach to young women. The book negatively affects his ability to do that job vis-à-vis the respect and trust of his students and their parents. It’s his First Amendment right to publish the book. It’s not his right to have a job mentoring young people while that steaming turd is in the world.

Would you want your daughter counseled by a guy who says that women with low self-esteem are the “easiest kill”? Just as that Facebook photo of you passed out in your own vomit from Spring Break 2004 may be a reason not to hire you, so too can Craig’s discussion of how the vaginas of different races vary be a reason to fire him.

But is there a line? As another (much less sordid) example, on an episode of Mad Men this last season, ad account man Ken Cosgrove, an aspiring fiction writer, was told by his boss, the inimitable Roger Stirling, in no uncertain terms to stop writing fiction (even if under a pseudonym), or he’d be fired. His fiction wasn’t racy, wasn’t preventing him from doing his job, and really had nothing to do with his job. That is probably too extreme the other way, right?

At the very minimum, I think we’d have to agree that, like in Craig’s case, the baseline should be whether what you publish affects your ability to do your job or how you’re perceived at that job. You can write and publish whatever you want — that is, indeed, your first amendment right. But if you’re wondering if something you’ve written has crossed the line, you can always apply the one, immutable rule in life: “When in doubt, don’t be a douche.” Craig certainly failed that test.

What do you think? Are there other cases you’ve heard where someone was fired for a book or other piece of writing (not counting internet message boards, article comments, trolling, etc.) they published? Should there be a line in regards to what you can publish on the side?