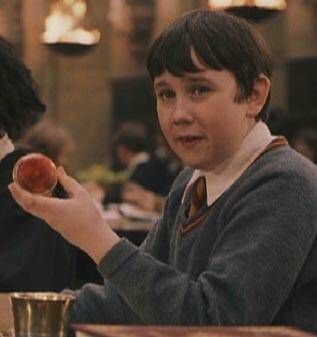 This is a guest post from Jeanette Solomon. Jeanette lives in a world made of words. She has an MA in English and strong opinions. She’s a student affairs geek-turned-housewife. Once, she was a total dork in front of Neil Gaiman.

I worked as an academic advisor for five years, and during that time, I got to help some great students find their way in college and, I like to think, life and their futures.  In the office where I worked, advisors must keep detailed and accurate notes for each student, both to remind ourselves what we’ve talked about and to serve as a jumping-off point for other advisors should they meet with the same student.  Advising notes frequently prove invaluable.

The idea for this post originated as a conference paper proposal, but I never submitted the abstract because I wasn’t sure it would find an audience at an advising conference and rejection sucks.

A reader with an overactive imagination (read: this gal) can’t help but picture herself advising characters from YA novels, especially the ones who seem conflicted, overstressed, or directionless.  Sometimes I picture the sessions being incredibly depressing, other times uplifting, much like YA itself and the complex characters to whom it has introduced us.

Here are the notes from my pretend sessions with Neville Longbottom, Hermione Granger, Bella Swan, and Ethan Wate.  I’ve made them all students at the university where I worked.

Neville reports that he’s struggling in all of his classes except Herbology.  He’s “not sure what he’ll do with that,” and he worries what his grandmother will think about his decision to pursue the discipline.  Advised him to focus on what he’s good at, which will likely help him get by in his other subjects as well.  I expressed hope that his grandmother will come around; that she’ll be happy as long as he is.  He resolved to do extra well in Herbology to show her it’s his passion.  Strongly considering transferring to a university or community college that offers more focused study in this area.  Explained transcript retrieval process to him; wrote down steps to help him remember.  Humorously stated that he wishes people would stop assuming he has “the good weed” just because he’s good at Herbology.

Hermione seemed particularly worn out today.  To ease her into conversation, I asked her about her interesting necklace, which she quickly hid under her shirt before changing the subject to the fact that campus floods so terribly when it rains.  She quickly enchanted her sneakers to dry them out and make them waterproof, stating she couldn’t believe she’d forgotten she could do that.  I asked her how many credit hours she was taking, and she explained that she’d had no trouble getting an overload approved (perfect GPA) and so was in seven classes.  Of the seven, only five are required for her program of study; attempted to persuade her to drop the two extras.  Referred her to the counseling center to discuss anxiety management and tendencies toward overachievement.

Bella “hates it” on this campus. She says it’s too hot here and that “you guys don’t offer enough night courses for me to be full-time.”  I asked why she was unable to attend classes during the day; she dodged the question but muttered something unintelligible about her boyfriend.  I asked if another school appealed to her more, but she said she would “follow him wherever because my chest caves in like every two minutes when we’re not together.”  (She learned this when he took a soul-searching trip to Italy without her.) I referred her to the counseling center to work on what sounds like unhealthy attachment and Student Health to get answers regarding the chest-caving-in thing.  Considering a two-year college that caters to students with non-traditional needs.

Spoke via phone to a woman named Amarie Treadeau (goes by Amma) who is interested in sending Ethan to school here.  I see he’s been admitted, and she confirms that we were the “middle of his list.”  We’re a few states away, and Amma says that while she “like[s] Ethan’s girlfriend just fine,” she wishes he’d give himself some distance from her and from the influence of their small town because he “had aspirations before he met her; he wanted to get out of here.”  She says he loves to read and is the son of professors, so she thinks he might be interested in an English major.  I gave her the number for the English department chair.  She “will call right now” to find out what information the chair can give her for Ethan.  She thanked me for my time and offered me her blessings (and pie?).  Very nice lady, super intense, would like to meet her in person.  FERPA intact; gave out no information specifically about Ethan.

I do this with almost every YA novel I read now.  It’s a fun convergence of work and life. Try your hand at it in the comments?