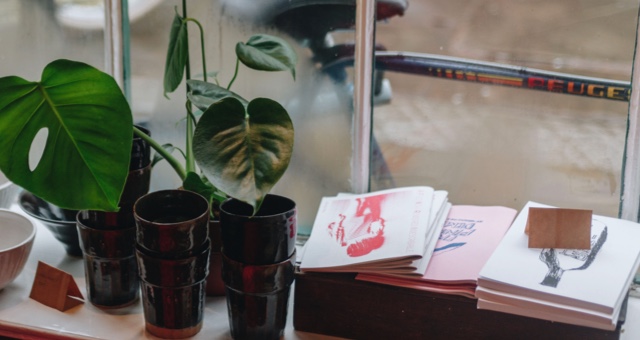 In a nutshell, chapbooks are teeny books. Merriam-Webster defines them as a small book containing ballads, poems, tales, or tracts. They are collections of poems, stories, or an experimental mix of both. Chapbooks usually hover in the range of 20–40 pages and are more affordable purchases to their novel counterparts. In a world where there’s a lot of talk of dwindling attention spans and having little time to read (sigh), chapbooks are a great way to soak up great writing—writing that may not quite fit anywhere else—and be able to finish in one sitting. But of course, there’s more to chapbooks than simply being short in length. Chapbooks are a way to make a point. They are an art form as much as a literary form, used for both revolution, protest, and exploration. Many presses take great care in the final presentation of this often-overlooked work.

Rose Metal Press is an example of a press who champions short, hybrid works. I interned there for a short period a few years ago. There, I was able to see how a chapbook came together, and I saw the love its founders devoted toward this literary form. Kathleen Rooney and Abigail Beckel founded the press in 2006. Since then, they have published beautiful hybrid and experimental works of fiction, non-fiction, and poetry. Additionally, Rose Metal Press hosts an annual Short Short Chapbook Contest. 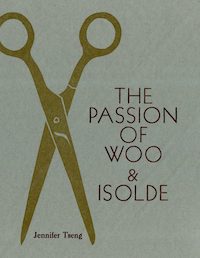 The Passion of Woo & Isolde by Jennifer Tseng was winner of the 11th annual contest, which was judged by Amelia Gray, and published in August 2017. Tseng’s chapbook consists of 24 pieces of flash fiction, ranging from a fairytale-like story of a mouse and a lion coming to an agreement, to a story of two newlyweds who make love without understanding one another, because they speak different languages. It’s a collection about immigration and exile, and despite its short length, it is absolutely haunting in its scope. 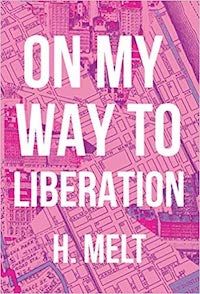 And let’s not forget poetry! Glass Poetry Press, Haymarket Books, Black Lawrence Press, are just a few examples of presses who publish chapbooks of both emerging and established poets.  In September 2018, Haymarket Books published the chapbook On My Way to Liberation by H. Melt. It is a chapbook that centers on a gender nonconforming body walking through the streets of Chicago. I was in the same MFA program as H. Melt at the School of the Art Institute of Chicago. They are a fierce, essential presence in both the trans and poetry communities. This is an example of a chapbook writing toward revolution, liberation, and building a better future. 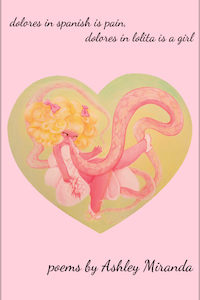 Glass Poetry Press also publishes beautiful chapbooks, including dolores in spanish is pain, dolores in lolita is a girl by Ashley Miranda, who is also a former classmate of mine from SAIC (I know, this is starting to come across as a love letter to my classmates, but my knowledge and respect of chapbooks was born from these great writers!). This chapbook centers on the violence against women and girls, and it is a deeply important, relevant work. Miranda is a poet who works in many forms and structures, and  you can get a sense of her work by reading a sample poem from the chapbook.

For you writers out there, chapbooks are a great way to collect pieces that may not fit into a longer work. They are especially great for emerging writers for introducing new work to the world. Many small presses and micro presses host contests for chapbooks, so if you’re on the prowl for a place to submit, The Masters Review has a small list on their blog.

It’s also important to note that, viewing chapbooks as an art form, they can be self-published or made at home. Many artists and writers are publishing and selling their chapbooks on their personal sites and including on Etsy! It is an accessible literary form that can be available to anyone. Even history notes that chapbooks were originally made to be passed around. They were affordable pieces of literature, aimed at those who weren’t able to purchase more expensive books.

The same can be said of chapbooks today. They are way to support emerging writers and writers whose work might not fit in the commercial publishing world (and arguably, shouldn’t fit in the commercial world). Chapbooks are passed around for entertainment as well as admired for their artistry. They give voice to writers who need it, and are an outlet for readers who seek something off the beaten path. They can even start a revolution.