It’s a new year, and there are reading challenges galore (including our very own Read Harder challenge, which is amazing). But as I was looking through various challenges, though there would be a prompt here or there about comics and graphic novels, these challenges are far and few between. I get it; it’s a single genre and so a bit harder to reach for more varied prompts. I’ve only been reading comics/graphic novels for a little less than three years, and it always amazes me (in a good way) at how much I still can read and explore in the genre. There are so many arcs to read and creators and illustrators to learn about—and the backstories and different incarnations of characters astounds me. Which is why I wanted to put together a comics reading challenge of my own. I want to push myself to not just read the comics I love, but pick up something new (or a lot of new things!) this year.

Comics can be overwhelming, and especially if you’re new to the genre, it can be intimidating. You don’t know where to start, you’re wondering why characters look different or have different origin stories or different names, depending on the arc, and the timelines aren’t necessarily static or linear, which might drive you a bit mad (as it did me). A reading challenge is a good way, then, to get your feet wet and immerse yourself in the comics world. It breaks you out of your comfort zone and exposes you to stories you might not have picked up otherwise. I named it the “Comics Are For Everyone” challenge because even now, I’m always dismayed if someone is surprised that I read comics, or tries to “discredit” me somehow if I haven’t read all the issues of a certain run, or whatever. Comics are for everyone. Really. 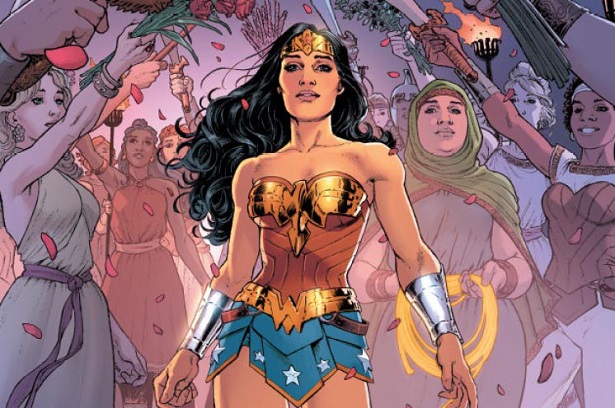 My thinking behind each prompt was ideally a trade paperback (TPB) when naming a brand or character, since this gives you more exposure, but this isn’t always possible. So really, either a TPB or a floppy for each prompt is fine (although I suspect you might get more out of it if you do a TPB).

Here are the prompts I developed for my “Comics Are For Everyone” challenge:

I’m pretty excited to get started! Will you be doing any reading challenges, self-made or otherwise?