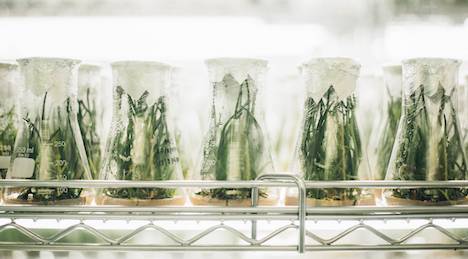 On this day 158 years ago, a book that gave us the theory of natural selection and revolutionized what we know about evolution was published. Charles Darwin’s Origin of the Species came out, and it’s still kind of a big deal.

Darwin shook up the science community way back when, but now let’s look at some other scientists working and writing today, who keep either pushing the envelope of discovery, or do a fine job of raising awareness of the theories, concerns, and state of their subject matter. This list of nonfiction science is also great for any science nerds in your life who totally dig well-written nonfiction in the science fields (and most have a healthy dose of humor thrown in). The holidays are coming up, after all.

Let’s go by subgenre, shall we?

We don’t talk much about Eris, do we? Eris, the planet discovered in 2005, almost became the tenth planet in our solar system? And then not, because we kicked Pluto out of the planet club? Meet the astronomer who discovered it, and who played a role in Pluto and Eris’s demotion to dwarf planet status. Mike Brown discovered a planet, y’all—I think we can cut him some slack for Pluto’s downgrade, and read what he has to say about discovering a new planet, in our solar system, in our lifetime. 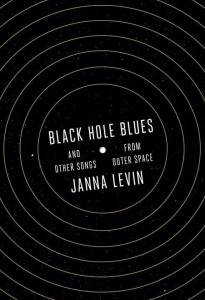 Two years ago, two black holes collided together and gave us solid proof that gravitational waves exist (what’s more, the collision itself happened 1.3 billion years ago. Just sit on that for a minute). Janna Levin, astrophysicist and professor at Barnard College, writes about the trio of scientists who tracked the waves, made the discovery, and won a Nobel Peace price for it.

Now, this one doesn’t neatly fit into one category because it talks about new tech and discoveries in other disciplines, but there’s an entire section devoted to the universe, so work with me. The book starts with “The Final Frontier is Too Damn Expensive,” and only gets funnier from there. Researcher Dr. Kelly Weinersmith and cartoonist Zach Weinersmith walk us through illustrated looks at ten new technologies such as asteroid mining, a space elevator, and programmable matter.

You’ll journey through the human brain in this graphic novel courtesy of neuroscientist Dr. Hana Roš and neuroscientist-turned-scientific illustrator Dr. Matteo Farinella. This is a really accessible way to take in all that we’ve discovered about how our brains do what they do. 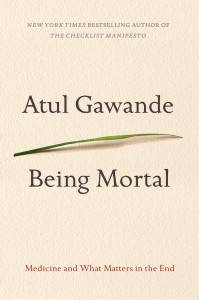 Medicine has changed our lives for the better and prolonged our lives, but when it comes to end of life…we don’t know when to stop, do we? We want to live forever, right? Atul Gawande is a surgeon, and through research and his own experiences, he explores the role medicine plays in aging and end-of-life care—a role that can be counter-intuitive to the improvement of life, even at its end.

I Contain Multitudes: The Microbes Within Us and a Grander View of Life by Ed Yong

Let’s go small. Like way small. Microbes live in us and in other creatures and they’re responsible for the illnesses we hate…but also responsible for breaking down our food and shaping our organs. Vital stuff. Ed Yong, a science writer for The Atlantic, wants us to look at microbes in a new light, and focuses on the interconnection that microbes, humans, and all life on earth have.

The Drunken Botanist by Amy Stewart

This one’s cheating a little, because it’s more of a look back than a look forward, but, well…it’s about plants! Turning into alcohol! We’ve been fermenting and distilling since time immemorial in order to get us some of that, and Amy Stewart is here to show us how we have used every herb, flower, fruit, nut, and grain under the sun to make the hard stuff. And there’s recipes. 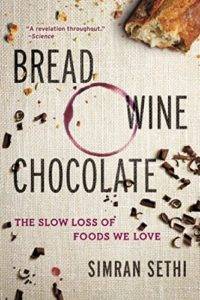 Bread, Wine, and Chocolate: The Slow Loss of Foods We Love by Simran Sethi

Sethi, an award-winning journalist, is here to tell you that your food choices are boring. It’s not really your fault—apparently, the foods we love are victims of genetic erosion, which is why you can get the same exact meal in Juneau that you would get in New Orleans at any time of the year. A whopping 95% of the world’s calories comes from just thirty species. Find out why that is, and what we can do about it, as Sethi talks with scientists, farmers, and chefs from around the world about the food we eat.

Are We Smart Enough to Know How Smart Animals Are? by Frans de Waal

Also, we’re not as smart as we think we are, either.  (Wow, ending on a downer note, aren’t we?) Frans de Waal, a biologist, dives into what we know about animal intelligence and how research has expanded our views and knowledge of different forms of cognition present in animals that we lack. Sure, our brains are things of complex beauty, but this book will remind you of the sophistication found in how animals behave, reason, and act.