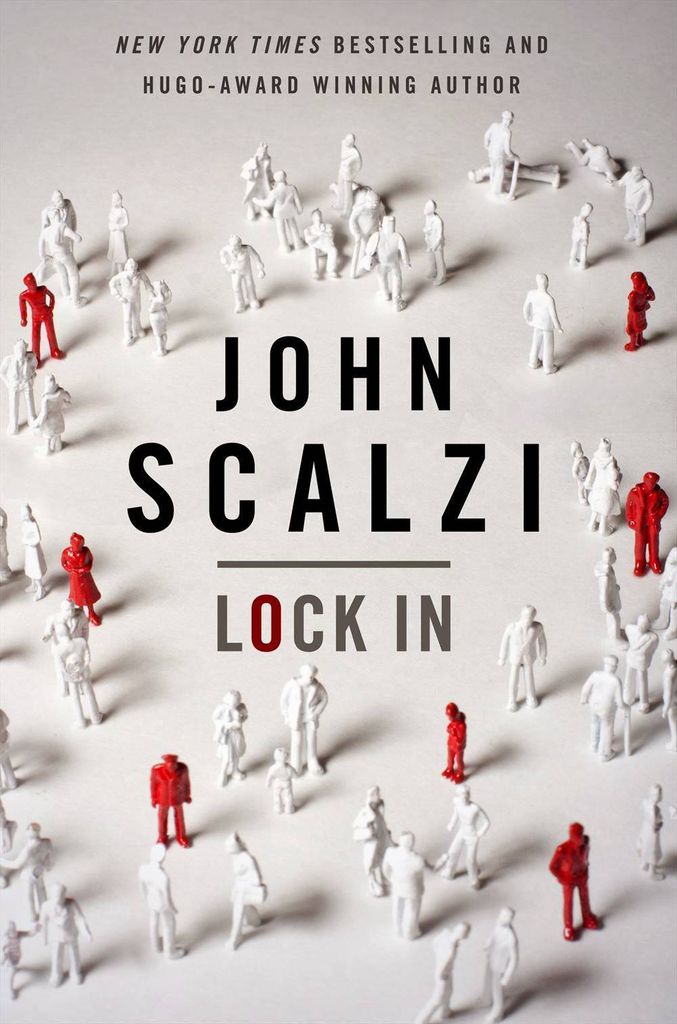 When we discuss gender here at the Riot, it is not uncommon to get at least a handful of comments about how we shouldn’t be making it an issue. We should be blind to those things and let the books speak for themselves. In a perfect world, maybe that’s true. But the book world isn’t perfect. It is rare to find a book in which gender doesn’t have some impact on the story. It’s a part of the character’s identity and, as such, it influences what happens to him or her.  Except this one time, in this one book, when it didn’t really matter at all. 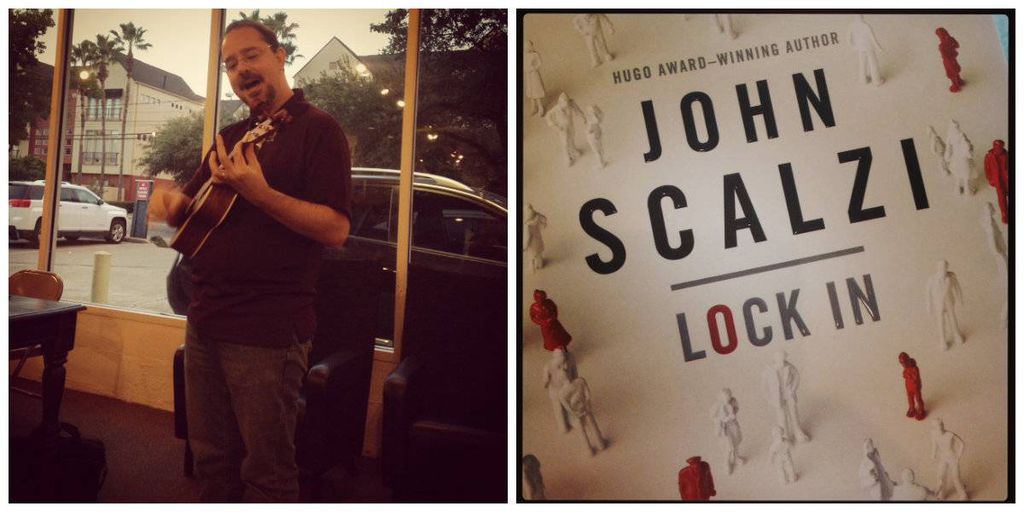 When John Scalzi stopped by Brazos Bookstore in Houston to promote his latest novel, Lock In, I asked him why there were two versions of the audiobook, one narrated by Wil Wheaton and another narrated by Amber Benson. He wouldn’t give me a straight answer. He said he was waiting for someone to figure it out. I took that as a challenge.

Audible had run a promotion for the audiobook of Lock In, in which anyone who preordered it would get both copies. It was a 2-for-1 thing. They had both shown up in my Audible library that day, so I picked one and started listening.  I started with Wil Wheaton. I had to. His is the voice that introduced me to my first Scalzi novel, Red Shirts. Given the number of Scalzi novels he’s already narrated, I figure he’ll be the voice of the Scalzi-verse for a long time to come.  But I was definitely curious as to where Amber Benson entered the picture.

How could his book, one that I knew from flipping through the pages during his event was written in the first person, be narrated by two different narrators of two different genders? The next morning, I started listening to Wil’s narration, looking for clues. Here are the facts:

1)  The narrator’s name is Chris. We’re not told what Chris is short for.

2)  The narrator is a Haden, a person who, due to a terrible illness, is locked-in to his (or her – you see where I’m heading) body, unable to talk or move, though they are fully aware of the world around them.

3) Because he/she is locked in to his/her body, he/she is only able to interact with other people through either a virtual world, by use of a personal transport, an android type device that is controlled by the Haden patient’s mind, or by occupying the body of a person known as an Integrator.

4. Chris doesn’t do the Integrator thing. He/She chooses to rely almost exclusively on a personal transport, one that he/she chooses to leave unadorned or personalized in any way.

5.  No other characters in the book ever refer to Chris by a gender-specific pronoun (that I remember or could find in the print copy).

Conclusion:  It doesn’t matter what gender Chris actually is. Because Chris interacts with the world through this personal transport or through a virtual environment, Chris is on a level playing field – at least in terms of gender. There’s no difference in size, nor strength. As a Federal Agent, Chris is put in the role of protector. Because of the condition of Chris’ physical body, the Shanes (Chris’s parents) are very protective of their child – Chris is also protected.

I don’t know if this is the actual reason that Scalzi had two audiobooks produced, but I feel pretty confident in my answer. It’s not that the world of Lock In is one without conflict, gender-based or otherwise. It’s there.  There’s a lot of it between those people with Hadens and those without.  It’s just that this one time, it doesn’t play a part in the main character’s development.  John Scalzi is just the kind of guy to take a risk like this, and, in my book, he succeeded.

And there’s a cool theme song, too.