This list a collection of 50 great narrative nonfiction books, although it easily could have been much longer. A few caveats: I tried not to include straight autobiographies or memoirs because I wanted to keep this list focused on books that highlight strong research/reporting along with narrative voice. I also included just one book from any given author. If you’ve already read the book I’ve listed, most of these writers have an extensive backlist to explore. And, of course, this list of narrative nonfiction isn’t nearly comprehensive—that’d be basically impossible. 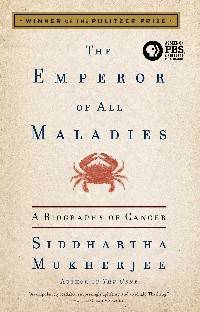 The Emperor of All Maladies by Siddhartha Mukherjee—An in-depth biography of cancer.

Being Mortal by Atul Gawande—Medicine, life, and choices about how we die.

The Immortal Life of Henrietta Lacks by Rebecca Skloot—History of the most prolific cells in science.

Packing for Mars by Mary Roach—The strange science used to get astronauts ready for space.

Annals of the Former World by John McPhee—Four books collected into one giant work on the geological history of North America.

The Secret Life of Lobsters by Trevor Corson—“How fishermen and scientists are unraveling the mysteries of our favorite crustacean.” 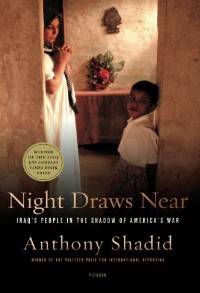 by Anthony Shadid—A portrait of Iraqi citizens “weathering the unexpected impact of America’s invasion and occupation.”

Behind the Beautiful Forevers by Katherine Boo—Life in a Mumbai slum.

Mountains Beyond Mountains by Tracy Kidder—One doctor’s work bringing medical care to those most in need.

Without You, There Is No Us by Suki Kim—A reporter goes inside a school for the sons of North Korea’s elite.

Nothing to Envy by Barbara Demick—North Korean defectors tell what it’s like inside the country.

The Secretary by Kim Ghattas—An inside account of Hillary Clinton’s term as Secretary of State by a traveling journalist.

The Lonely War by Nazila Fathi—An Iranian journalist’s account of the struggle for reform in modern Iran. 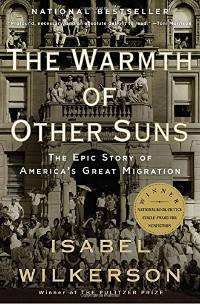 by Isabel Wilkerson—The great migration of African Americans to northern cities, and the impact it has today.

Unbroken by Laura Hillenbrand—World War II tale of survival after being shot down over the Pacific Ocean.

The Boys in the Boat by Daniel James Brown—Olympic rowing at the 1936 Berlin Olympics (this book is amazing!).

Sin in the Second City by Karen Abbott—Stories from America’s favorite Victorian-era brothel and the culture war it inspired.

Eighty Days by Matthew Goodman—Nellie Bly and Elizabeth Bisland race around the world in 1889.

In the Garden of Beasts by Erik Larson—America’s ambassador to Germany, and his headstrong daughter, in the lead up to World War II.

Killers of the Flower Moon by David Grann—A conspiracy against the Osage tribe, and the birth of the FBI.

Galileo’s Daughter by Dava Sobel—A look at the relationship between Galileo and his oldest daughter, a nun named Maria Celeste.

The Romanov Sisters by Helen Rappaport—A look at the fall of the Romanov family, focusing specifically on the lives of Nicholas and Alexandra’s four daughters, Olga, Tatiana, Maria, and Anastasia.

City of Light, City of Poison by Holly Tucker—An account of Paris’s first police chief and a poisonous murder epidemic in the late 1600s. 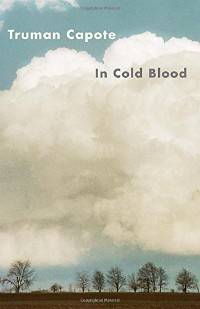 The Orchid Thief by Susan Orlean—Obsession and rare flowers in the Florida Everglades.

Into Thin Air by Jon Krakauer—The story of a harrowing, deadly climb on Mount Everest.

Random Family by Adrian Nicole LeBlanc—“Love, drugs, trouble, and coming of age in the Bronx.”

Slouching Towards Bethlehem by Joan Didion—Essays on a feminist journalist’s experiences in California in the 1960s.

Newjack by Ted Conover—A journalist goes undercover as a prison officer in Sing Sing to better understand the penal system.

The Monster of Florence by Douglas Preston and Mario Spezi—Historical true crime on Italy’s Jack the Ripper, who killed between 1968 and 1985.

The Blind Side by Michael Lewis—A sports biography on one man’s journey to the NFL and the evolution of the game.

Does Jesus Really Love Me? 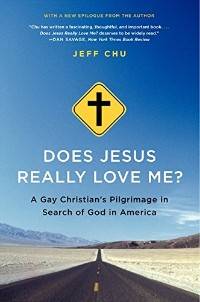 by Jeffrey Chu—A gay Christian looks for God in America.

The Spirit Catches You and You Fall Down by Anne Fadiman—Cultural barriers in life and medicine (so good!).

Evicted by Matthew Desmond—Poverty, profits and the eviction crisis in America.

Gang Leader for a Day by Sudhir Venkatesh—A sociologist spend a decade in Chicago’s Robert Taylor Homes to better understand the lives of the urban poor.

Homicide by David Simon—A look at one year spent with homicide detectives in Baltimore.

Another Day in the Death of America by Gary Younge—A journalist puts a human face on gun violence by writing about the 10 teenagers killed by guns on a single day in America.

Methland by Nick Reding—A look at the impact of meth on small towns, based on four years of reporting in an agricultural town in Iowa.

And the Band Played On by Randy Shilts—The first and perhaps most comprehensive look at the AIDS crisis.

The Man Who Loved Books Too Much 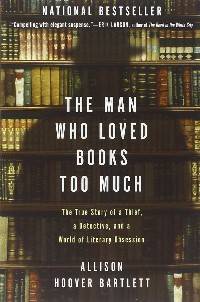 by Allison Hoover Bartlett—“The true story of a thief, a detective, and a world of literary obsession.”

The Bad-Ass Librarians of Timbuktu by Joshua Hammer—A group of librarians banded together to pull of a literary heist to save precious Arabic texts from Al Qaeda.

Moby Duck by Donovan Hohn—“The true story of 28,800 bath toys lost at sea and of the beachcombers, oceanographers, environmentalists and fools, including the author, who went in search of them.”

Columbine by Dave Cullen—The definitive account of the Columbine shooting.

Five Days at Memorial by Sheri Fink—Life and death and medical malpractice at a hospital ravaged by Hurricane Katrina.

Tribe by Sebastian Junger—Learning about loyalty and belonging from tribal societies.