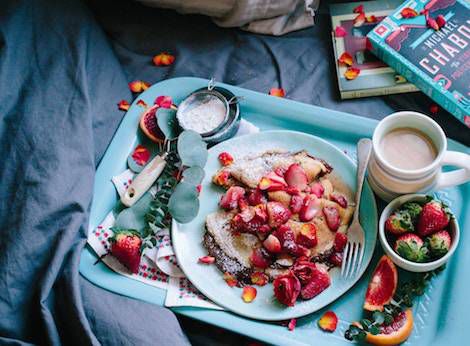 George Bernard Shaw once wrote, “There is no sincerer love than the love of food.” There are thousands upon thousands of books that deal with food— the cultural importance of it, our relationship to it (whether we love it too much or despise its necessity), how we prepare it, how we consume it, its affects on our physical and psychological well-being, etc. Whether it’s for better or worse, food is an inescapable requirement to keep us chugging along throughout the day, giving us fuel to complete even the most rudimentary of tasks. Even the world of fiction utilizes food to give it flavour (…I’ll show myself out), and as a reader who seems to consistently be picking up books that, in some way involve this inescapable aspect of life, I thought I’d make a list of some of the fictional foodie gems out there. 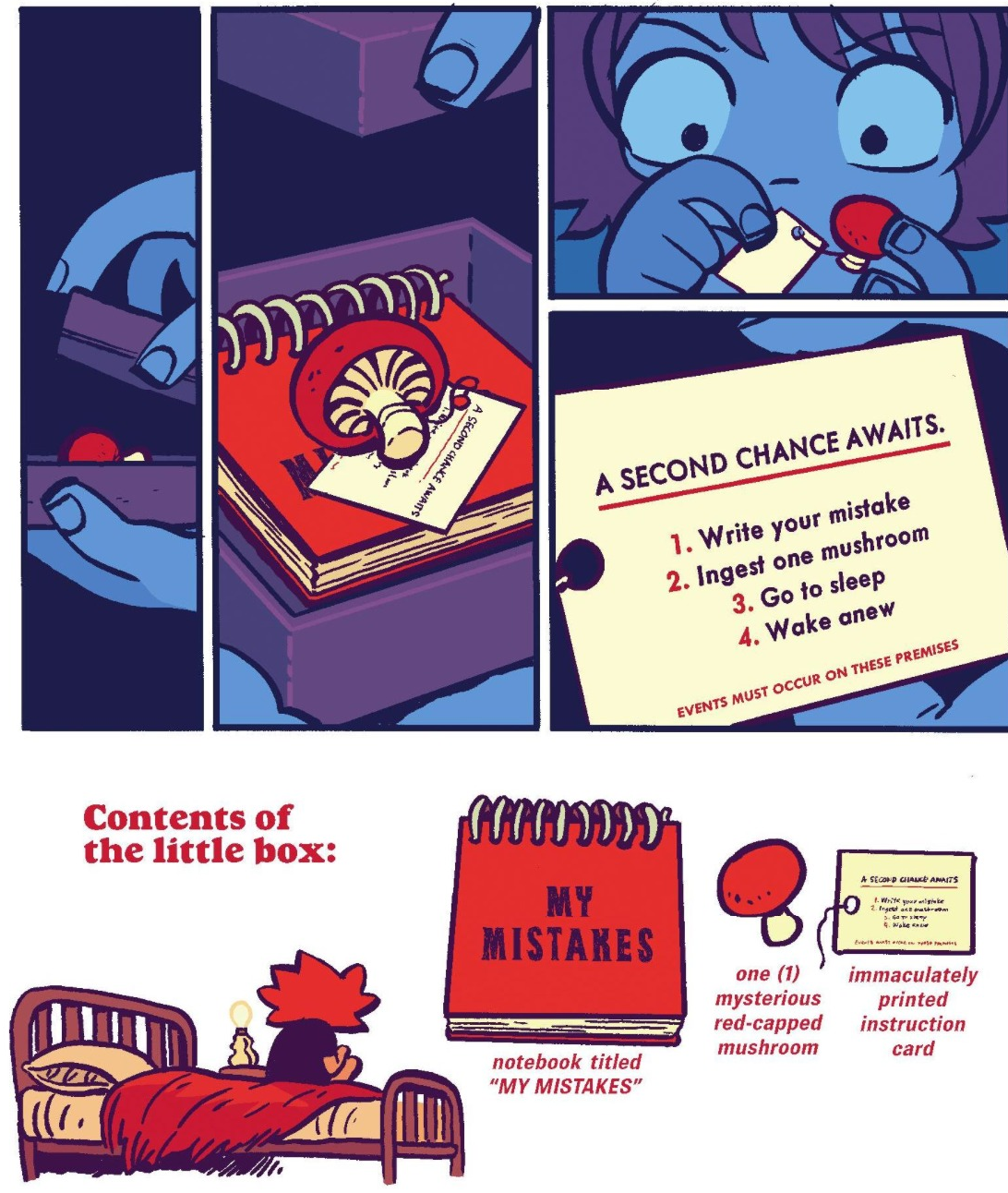 If you’re into comics, Bryan Lee O’Malley’s Scott Pilgrim series is practically required reading when you’re just starting out. But it’s his standalone graphic novel Seconds that got me hooked on him as a creator in the first place. Seconds follows 29-year-old Katie, who’s firmly stuck in a rut. When she helped to open popular restaurant Seconds, she was 25, and had the support of all of her friends. Four years later, they’ve all moved on and upwards, and she’s more or less in the same place. She’s still working as a chef at Seconds, struggling to open up a place of her own, despite the financial stress and personal uncertainty she’s feeling. But when a string of bad decisions and bad luck end with a waitress being badly hurt, Katie would give anything for a do-over— a chance to make things right. Luckily (weirdly?), a strange woman who appeared in Katie’s bedroom has given her a magical mushroom (no, guys, really, an actual magical mushroom. It’s cool) and a small red notebook labelled “MY MISTAKES.” All Katie has to do is write down the mistake she wants to fix, eat a mushroom, and go to sleep, only to awaken the next day to a totally clean slate. And it works! The waitress, Hazel, never got hurt in the first place, and soon she and Katie strike up a genuine friendship. But when Katie discovers more magic mushrooms, it doesn’t take long for her to break the “one mystical mushroom per person,” rule and start popping them like Pez candies, fixing everything from her love life to a killer hangover. But all magic comes at a price, and bending the very bonds of reality for a “new and improved,” life will cost more than what this young chef can pay. With O’Malley’s trademark art and wit, and the love of food imbued in its pages, Seconds is a great read for any foodie who loves magical realism. 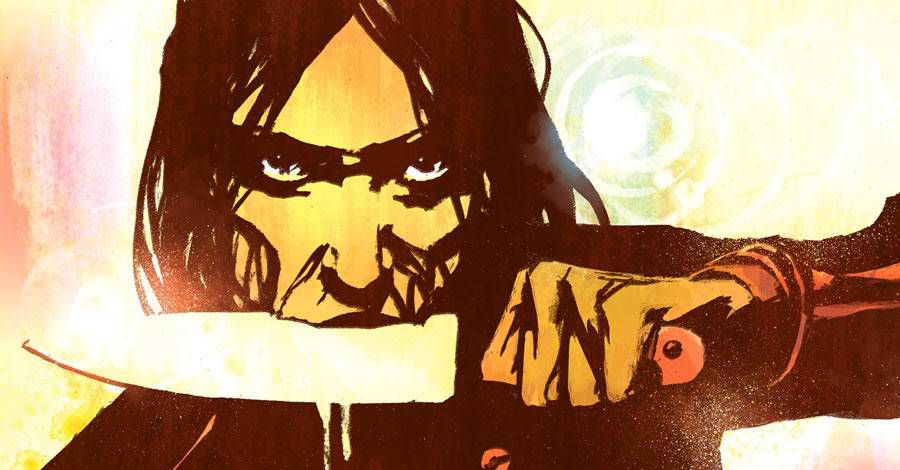 Starve is actually the realization of one of my worst nightmares, splashed into a comic book about a world-famous cooking show (weird, right?) If you’re even a little bit stressed out about global warming and the degradation of the environment, Starve will happily keep you up all night thinking about it. Gavin Cruikshank is a superstar chef, the creator of successful TV show Starve— or at least, he used to be, before he decided to disconnect from society, living a lifestyle of self-imposed exile and self-indulgence. But in his absence, Starve has turned into a morally bankrupt competition that caters to society’s wealthiest, serving up rare, dangerous, and illegal cuisine that allows them to bask in their opulence. Meanwhile, regular people are scrambling just to survive in a world where everything (everything) has been privatized and the environment has been damaged beyond hope of repair. When Cruikshank is forced to return home and complete a filming contract for Starve, he swears he will burn the very thing that made him a household name to the ground, and leave no trace of its nastiness behind. His return also heralds a chance to reconnect with his daughter Angie, whom he abandoned. But even in his absence, he’s made some powerful enemies— his professional rival, Roman, who would rather see him dead than successful, and his bitter ex-wife, Greer, who, stung when Cruikshank came out as gay and then took off, had him legally declared dead and took hold of all his financial assets— and they will do anything to keep him from achieving his goal. With compelling characters, gorgeous art, and a message that will stick with you long after you’ve read it, Starve brings home truths about humanity, love, greed, overindulgence, and about doing something as your passion vs. doing something for the love of money/fame/power/glory it can bring.

Danler’s debut novel follows Tess, who comes to New York to make something of herself. She ends up working as a back waiter at Union Square restaurant, where her appetite— for food, for life— is awakened. Throughout the year, we follow the relationships Tess forges and the realizations she makes as she carves out her own place in a chaotic landscape. I’ll be honest: the writing is a little up-and-down for me, I really liked some aspects of this book and found myself cringing at others. But the experimental vibe, and the fresh eagerness of Danler’s voice far outweigh any negatives.

2) North Of Happy by Adi Alsaid

North Of Happy is an ambitious YA novel in that it attempts to juggle the usual themes of finding yourself, bucking family expectations, falling in love for the first time— and the less-typical but still much-needed handling of death. For most teenagers, death is something that seems abstract, something in the distance, something that happens to someone else. And honestly, until it happens to you, you can’t understand the toll it’s going to take, the resounding, life-long echoes it’s going to leave— especially as a teenager. North Of Happy follows Carlos, the well-to-do younger son of a powerful businessman in Mexico City. A dual citizen of Mexico and the US, Carlos has lived a pampered, sheltered life under the strict direction of his parents, who are depending on him to be “the good son,” since Carlos’s older brother, Felix, has rejected the family business and all it entails to travel around the world in the pursuit of happiness rather than duty. Despite his father’s rocky relationship with his older son, Carlos absolutely idolizes Felix, the person who first nurtured his love of cooking, and cherishes the time they spend together. When Felix is shot and killed in front of him, Carlos is sent into a tailspin. He begins hallucinating, seeing and hearing Felix everywhere, encouraging Carlos to rebel against his family’s expectations. Following hallucination-Felix’s advice, Carlos runs to the US and manages to get a job in the kitchen of a semi-famous restaurant. Finally allowed to treat cooking as his true passion rather than a hobby to pass the time, Carlos feels like he’s finally living the life he wants— but falling in love with Emma, the boss’s daughter, and under constant pressure from his parents to return to his pre-planned life, could derail him before he has the chance to truly discover what it means to be happy. One of the coolest aspects of the books was Alsaid’s inclusion of recipes at the start of every chapter that somehow related to Carlos. I know the grieving process is different for everyone; however, I wish that had been handled a little bit differently. But as a novel about love of food and the pursuit of happiness, this absolutely struck a chord. 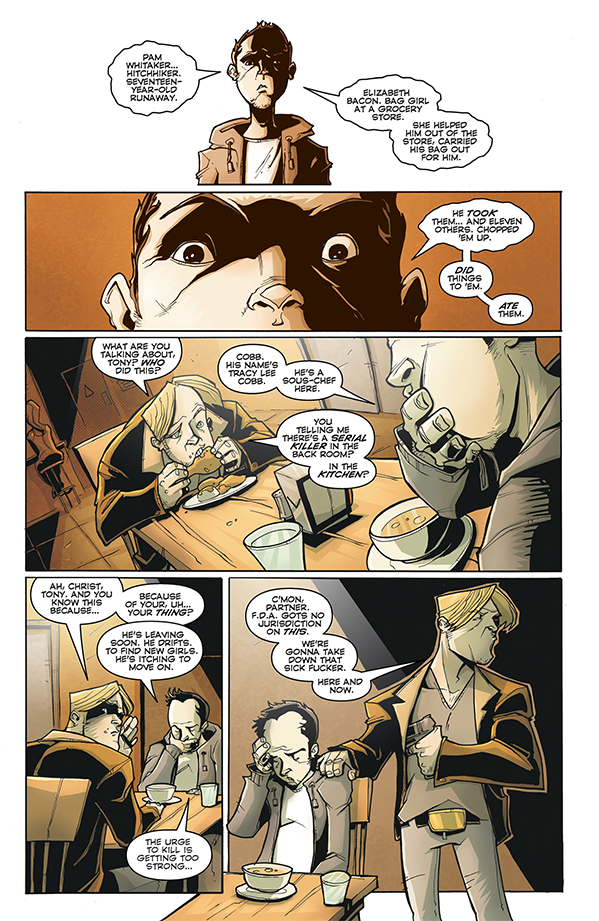 Tony Chu is a detective with cibopathy— the layman’s term for this condition is apparently “food psychic,”— which is just a fancy way of saying that Chu can eat something and instantly know everything about its history. Everything is fair game, whether it’s a simple apple plucked from a tree or chicken soup prepared by a serial killer. After chomping into said serial killer’s corpse for answers as to his victims’ identities and whereabouts, Chu is approached by the Special Crimes Division of the F.D.A. (which, in Chew’s world, has become the most powerful law enforcement agency on Earth) to help them crack their sickest, strangest cases. With sharp writing and artwork that looks like something out of a 90s Nicktoon (that is absolutely a compliment) Chew is a mature comic not for the faint of heart, nor the weak of stomach. But it is without a doubt the most inventive, impressive comic I’ve read about food so far.

If you’re passionate about food and fiction— and the results when both are mixed together— let me know what some of your favourite reads are. I’d love to add more to my TBR pile!