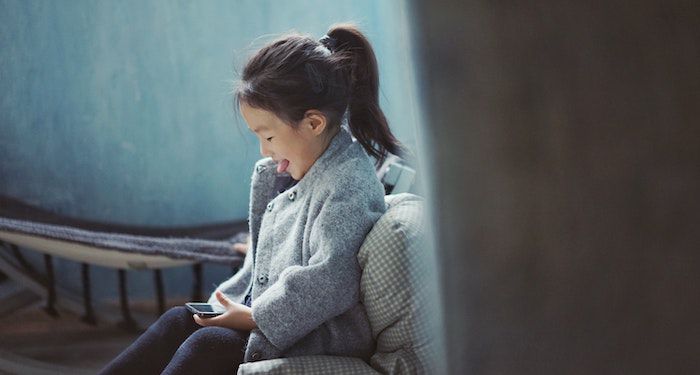 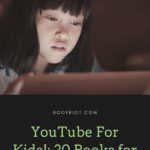 Maybe you’re missing storytime with your favorite children’s librarian at the local public library. Maybe you’ve read your little one their favorite fairytale for the umpteenth time since their online spring semester ended. Either way, I have you covered. Below, I’ve rounded up 20 children’s books being read aloud on YouTube by authors and celebrities. While your little ones watch these YouTube books for kids, you can kick your feet back and take a breather.

In Everything is Mama, mothers try to teach their babies new words. Along the way, you and your little one will meet tigers, penguins, ducks, and all types of other animals!

Niño Wrestles the World written and illustrated by Yuyi morales

In Niño Wrestles the World, a brave little boy is willing to wrestle any opponent that comes his way. The only duo he’s powerless against is his two little sisters.

Mo Romero is a zombie with a deep, dark secret. His parents want him to eat only zombie food, but Mo has a hankering for vegetables. He even has a secret garden where he grows them! Eventually, the family realizes it’s okay for Mo to be different and they embrace his culinary preferences.

In Elbow Grease, the smallest boy in a family of monster trucks works to prove that he’s just as tough as brothers. This fun book shows the importance of believing in yourself and knowing your worth.

Trombone Shorty is an autobiography about how Troy Andrews fell in love with the sounds of the brass bands in New Orleans and went on to become a musical prodigy.

In Ten Magic Butterflies, the author teaches children to group numbers to ten while sharing a story about flowers turning to butterflies with the assistance of a magical fairy.

Spaghetti in a Hot Dog Bun: Having the Courage to Be Who You Are written by Maria Dismondy and illustrated by Kimberly Shaw-Peterson

Lucy has been taught to treat others with kindness. No matter how nice she is, a boy at school named Ralph insists on bullying her. When Ralph finds himself in a vulnerable position, Lucy decides to do the right thing and help him despite how he’s treated her.

After hatching, a tiny caterpillar finds himself hungry. He munches his way through all kinds of fruits over the course of the week but can never get enough food. Eventually, he realizes the reason for his appetite—his body was storing up energy to become a butterfly!

Kameeka wants to steal the hula-hoopin’ queen title from her rival Jamara. Unfortunately, she has a ton of chores standing in the way of her entering the competition. Kameeka has to help her mom get ready for Miz Adeline’s birthday party. What Kameeka doesn’t know is that Miz Adeline is a champion hoola-hooper, too.

Take your little one on a bear hunt! Along the way, you’ll work your way through tall grass, a river, mud, a dark forest, and all kinds of other unforeseen obstacles.

A New Kind of Wild by Zara Gonzalez Hoang

Ren is a little boy from Puerto Rico. The woods he played in there were wild and magical. When his family moves to New York City, he isn’t sure how to feel about living in a place so different than his home. His new friend Ava shows him that New York has its own kind of magic.

Arnie the doughnut lives at the bakery. He’s fascinated by the other baked goods and what happens to them when they’re chosen by a customer. After being purchased by Mr. Bing, Arnie goes on an adventure that’s very different than what he imagined.

Señorita Mariposa explores the migration of the monarch butterfly in bold, beautiful colors and kid-friendly language. Mister G reads the book in both English and Spanish.

In Big Bad Baby, a sweet little boy named Sammy decides to stop being good. In a fit of disobedience, he starts on a journey of misadventure that can only be thwarted by a patient and loving mom.

In Tar Beach, a young girl dreams of leaving the roof of her apartment building and flying over Harlem in 1939. As she flies, she imagines a kinder world.

Thelma the Unicorn written and illustrated by Aaron Blabey

Thelma is a horse that dreams of being a glittery and glamorous unicorn. Using some creativity, she transforms herself with a splash of pink paint and a carrot attached to her forehead. While she loves the attention and adoration she draws as a unicorn, Thelma eventually realizes that the best thing she can be is herself.

The Gruffalo written by Julia Donaldson and illustrated by Axel Scheffler

The Gruffalo is a story of a little mouse that tells a fox, an owl, and a snake that he’s on his way to meet a monster so that they’ll be too afraid to eat him. You can watch Michelle Obama read The Gruffalo here.

In To Be a Drum, a father shares an African creation story where the beating of a drum becomes the earth’s heartbeat and the rhythm of the earth. He shares that even as the African American community struggled through the hardships of slavery and war, the drumbeat inside of them kept them strong. They lifted up their voices, their courage, and their creativity to connect with one another and the earth. You can watch James Earl Jones read To Be a Drum here.

Molly of Denali takes to the outdoors to help her friend the scientist track cranes with bands that go around their legs. When they accidentally scare the cranes away, Molly asks her grandpa for suggestions on how to get closer to the birds. He suggests that Molly and her friends try speaking in the cranes’ language. You can watch Princess Daazhraii Johnson read Crane Song here.

In All Year Round, the author shares information about each year of the month in both English and Spanish. Each month explores a different shape. For example, in the summer months, the author explores the rectangular shapes of swimming pools and the shape of a baseball diamond. You can watch the author read All Year Round here.

While you’re already on YouTube, don’t forget to check out the Book Riot channel for more recommendations! Also make sure to check out Tracy Shapley’s article 20 of the Best Kindle Books for Kids.