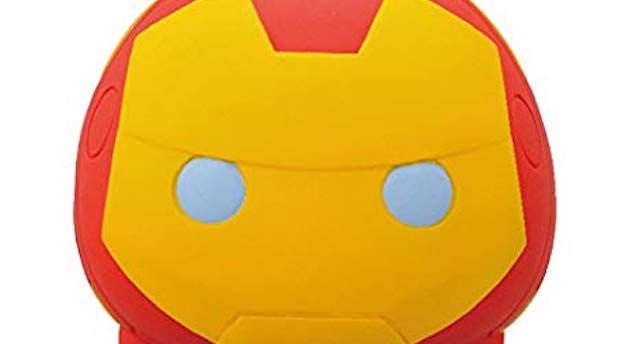 Last week, we talked about geeky candles, coffee and tea, and some of the nerdier home goods available from various websites (and yes, I have the Death Star waffle maker and I just ordered the R2D2 Instant Pot—I’d avoided buying one this long and I am 100% sure the universe was trying to tell me something in coming out with one themed on my favorite franchise).

What we didn’t talk about, however, is how you’re going to fill your open shelf space. Because it is a truth universally known that if there is a corner or a cleft or an edge left open, a geek will be compelled to fill it with fandom. Luckily, there are lots of options at several different price points: 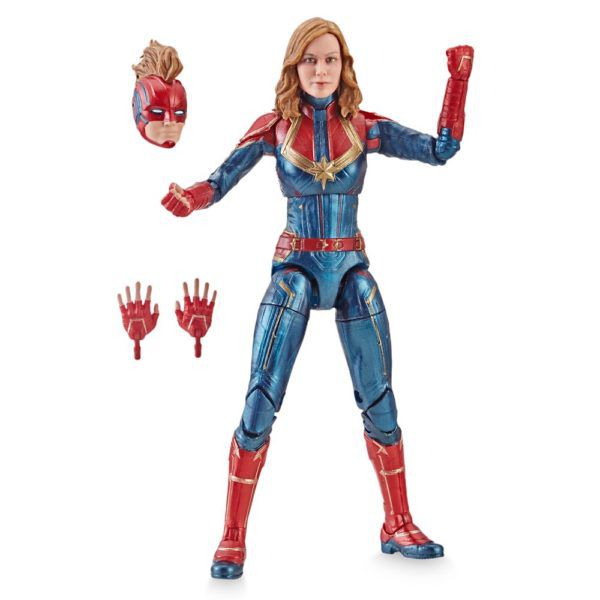 Yes, I still have them. Yes, I still buy them, if not as regularly as before. My current favorite is Lando from Solo (even though I think the film, while a decent space heist, was a waste of a Star War, you cannot deny that Donald Glover aced that role). I also have a Captain Marvel whose head can be swapped for helmet and non-helmet looks.

Action figures make decent decorations and they’re usually relatively cheap, even the special edition ones, at least compared to some of the maquettes I’m going to talk about later. They are a double-edged sword if you have kids: the littles will want to play with them which makes them, technically, property of the tiny dictators, but they’re plastic, so they don’t break as easily as a higher grade display piece. Some folx buy them in hopes of their becoming collectors editions some day; that can happen but it doesn’t as frequently as some thing so if you’re going to buy them, have some fun arranging them in inappropriate tableauxs on your mantle. Not that I’ve ever done that (I have totally done that). 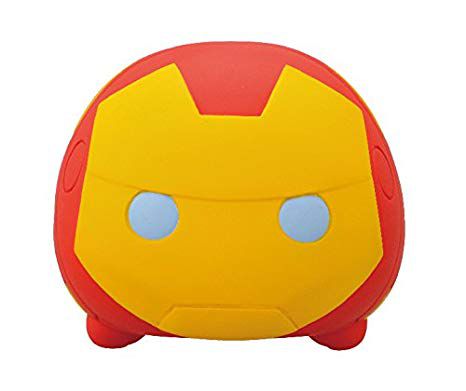 These adorable little chibi things come in a variety of sizes and materials so there’s plenty of leeway within this category. You can get stackable sets of vinyl Tsums (fair warning, the medium ones in these sets are just about the size of a child’s trachea), small plushes, and larger plushes. Again, if you want to get the limited edition ones for your own edification, do it; I bought several Star Wars ones available only at Disneyland the last time I was there, because Hoth Leia and Mace Windu, but don’t expect them to appreciate in value all that much. Also, you will find them in very strange places if your kids get their hands on them. Like the back of a Volkswagen. 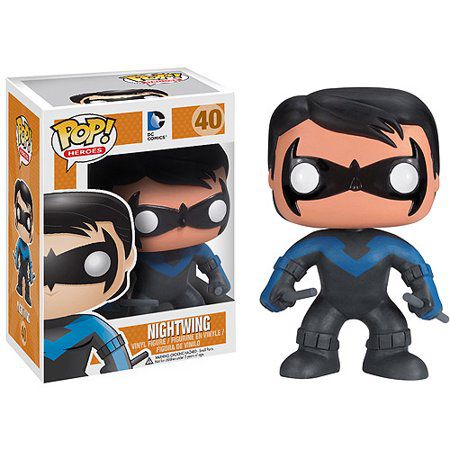 They are ubiquitous. They are also super cute and definitely on the cheaper side of geeky decor. There are so many Pops at this point, it’s hard to decide which ones to purchase; I ended up choosing a couple of the fandoms I’m most emotionally attached to and limiting myself to Pops from those collections. These also come in a variety of forms and sizes, from tiny keychains to giant sculpts used for display at cons and trade shows. The standard Pops are 4–5ish inches tall. The bobble heads are a bit delicate and should be kept out of the reach of little hands; my kids have killed a couple trying to rotate the head back in to proper position after unfortunate accidents, and those operations have yet to end well. Funko also makes the rounder, smaller, even more adorable Dorbz and have, apparently, started making action figures and cookie cutters. They appear to have stopped making the plushies, which is a bummer because those were amazing but fear not: there are several forthcoming Yodito options to choose from. 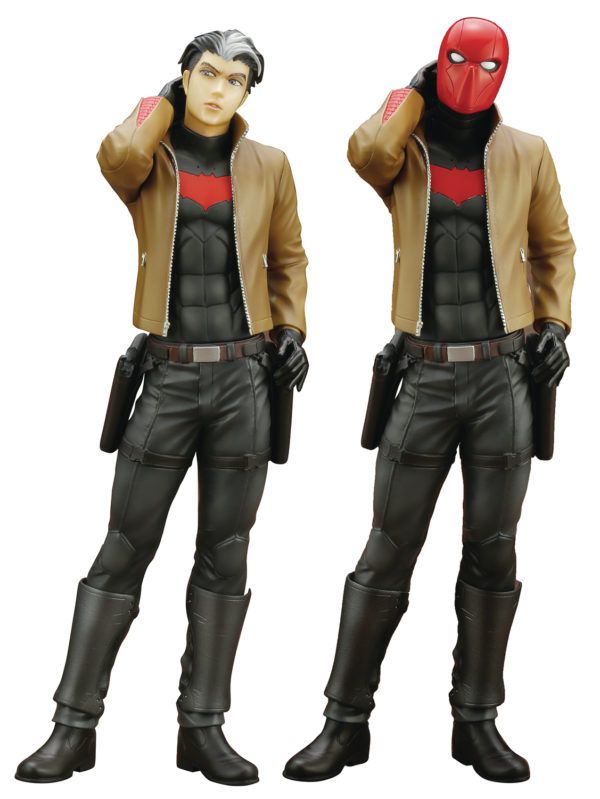 Ikemen translates loosely as “good looking man” and is a relatively new word coined in Japan to refer to attractive dudes in Japanese pop culture. Kotobukiya makes quality, relatively inexpensive, saucy figurines, which, as you can see above, is a pretty fabulous combination. I saw samples of the (grown up) Robin when I was at SDCC a couple of years ago and I’m not going to lie, I almost ordered them all right then and there. There is absolutely nothing wrong with a little cheesecake from time to time and I honestly think Dick Grayson would find his own pose highly amusing. 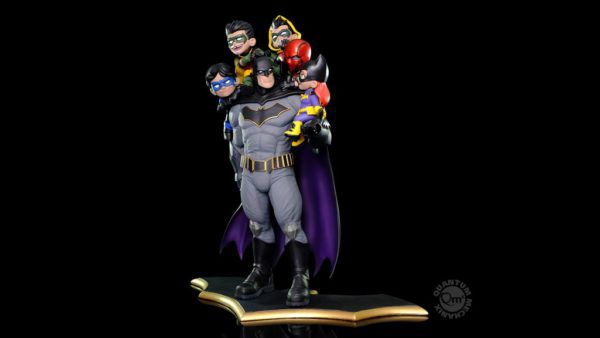 Quantum Mechanix produces mid-range sculptures for those who want a little more adult in their geekery. Having said that, my favorite of their available inventory features all the little Robins and Batgirl crawling on Batman and the detective himself smiling at the cute. I like the small touches on this particular diorama as well: Tim’s missing tooth, Batgirl holding on to Batman’s finger, and Jason and Damien shoving one another. 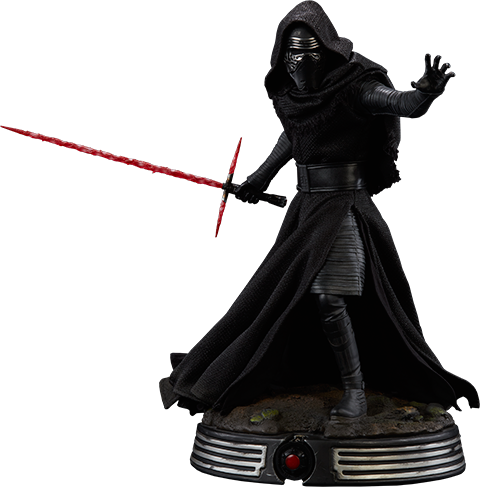 Sideshow is the company for high quality maquettes and sculpts. They do an amazing job and their designers’ attention to detail is 100% the best in the business. That said, you’re going to have to shell out for that kind of quality and you’re going to be really annoyed if one of their pieces gets damaged, so you’re going to need somewhere very safe to keep your acquisition(s). Sideshow has agreements with the majority of major franchises, so if you do decide you want something special, check their website first. Oh, and feel free to send me their Swamp Thing (he’s only $900).

Where to next, comics fans? Bookshelves? Tableware? Linens? There’s so much still to explore…