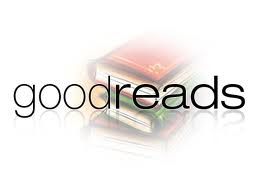 Since Book Riot has an ebook now, I am of course stalking Amazon, Goodreads, and the other places readers go to review books. Luckily for my ego, the reviews so far have been good.

In my near-obsessive monitoring, though, I learned something about Goodreads: they give away reader reviews for other sites to publish.

I noticed this when I went to see if there were any reviews of Start Here on Kobo and saw that they use Goodreads reviews. After asking the collective knowledge base that is Twitter, I found the page where Goodreads offers its users’ reviews to third-parties.

Basically, Goodreads offers user-reviews in exchange for the chance to acquire new users. As far as I can tell, Goodreads doesn’t charge for this service (an email inquiry went unanswered for the last several days), but they do require links back to Goodreads.

The three big players in online bookselling (Amazon, Barnes and Noble, and Apple) use only reviews from their own customers, but several significant retailers from the next tier use Goodreads user reviews, including Kobo, Google, Powell’s, Sony, and others.

Heck, anyone who wants to can embed a widget for Goodreads reviews. I just made one for Start Here:

To be clear, Goodreads tells you when you sign up that basically it can do anything it wants with your reviews, as explained in the Terms of Service, especially in Sections II and V.

Maybe most Goodreads users know this, but it came as a bit of a surprise to me, and frankly I’m not sure what I think about it. Yes, I signed the Terms of Service when I signed up. I’m not suggesting Goodreads is doing anything it shouldn’t in that regard.

What do you think of having your Goodreads reviews republished on non-Goodreads sites?