An English teacher I know could not show the musical Man of La Mancha because it had a prostitute in it. This teacher worked at a religious school where even Shakespeare was censored. 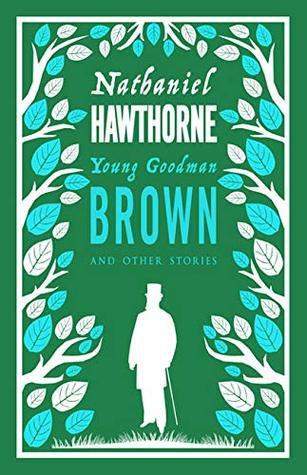 Nevertheless, she taught Nathaniel Hawthorne’s short story “Young Goodman Brown” for many years. It is a tale about a Puritan who leaves his beautiful young wife for the night. He goes into the woods in search of good and evil. Young Goodman Brown is upstanding, publicly pious, and somewhat innocent for someone knee-deep in 1690s New England. He is also fascinated by the devil. Like many young men, religious or not, he has been socialized to battle the righteous battle, even when there is nothing there to fight.

Nathaniel Hawthorne himself was obsessed with the Salem Witch Trials of the late 1600s. His ancestor John Hathorne (Nathaniel Hawthorne added the W to the name) was a judge during those bloody days. He died refusing to admit that condemning innocent people to die was a bad thing to do. Even though the witch trials were more than 100 years before Nathaniel Hawthorne was born, it is as if the author tried to bleed out a multi-generation trauma through his pen. The trials are not part of the stories, but they lurk just behind the trees in both Young Goodman Brown and Hawthorne’s more famous novel The Scarlet Letter.  The biggest evil, Hawthorne claims, is the evil we create ourselves.

While the story condemns those who view themselves as more righteous than others, the teacher got away with using it because the language is archaic, and the message nuanced. It takes several dense pages to get to the meaty bits of the story, and the violence is under a layer of hearsay. There is no sex, drugs, or rock and roll. There is only the warning that we will live bitter lives if we insist on seeing the bad in others.

I, too, am now an English instructor, but I teach where I do not have to worry about censorship. I have never assigned “Young Goodman Brown,” but the lesson from the story and the story of this teacher follow me around and pull on my pant leg every time I look for things for my students to read. I think about my students as an audience with their own unique set of biases and backgrounds. What can I get away with before my students realize what I am asking them to learn? How can I get them to think about concepts outside their own experience without having them reach for their first hardwired reaction? What can I teach that makes my students both better writers and better citizens of the world?

I do not want my classroom to be a pulpit. Instead, a class is best when it is a workshop where we saw and nail and grind away, helping one another lift and learn and build. As a teacher, I want to introduce how language and argument are directly impacted by the complexities around race, gender, place, and socio-economic class. I also want to do this without my students running to their ideological bunker before they have a chance to think for themselves. I fail a lot, but when I pull it off, I call this the Young Goodman Brown effect.

As a teacher, conversion is not part of my job description, nor can I convince anyone of anything. I can, however, assign beautiful things by authors my students have not heard of. I can hand them tools to help them understand what is in front of them.  Like Hawthorne, I want my students to be able to reflect and consider. I try to do this because, unlike Young Goodman Brown, I know that heaven is the good we see in each other.