As nonfiction has become an increasingly important part of school curriculum, the book industry has responded by putting out more titles (see 10 Great Works of YA Nonfiction) and adapting popular adult nonfiction for young readers. Here are 15 best-selling adult books recently revised and adapted for teen and middle grade readers: 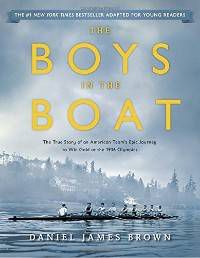 The Boys in the Boat by Daniel James Brown

The Boys in the Boat is the story of a group of nine working-class college students from the University of Washington who went on to compete in crew during the 1936 Olympics in Berlin. This adaptation includes a Q&A with Daniel James Brown and new, previously unseen photographs.

William Kamkwamba grew up in a poor African village. During a season of drought that threatened the village farm, William turned to books to help, finding inspiration to build a windmill out of scrap metal and bicycle parts to bring electricity and water to his village. 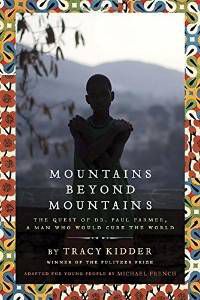 Mountains Beyond Mountains by Tracy Kidder and Michael French

Dr. Paul Farmer could work anywhere, but instead he’s devoted his life to innovatively providing medical care to some of the world’s poorest community. This profile is about Farmer and the effects that poverty can have on medical treatment.

Laura Hillenbrand’s book about Louis Zamperini, an American soldier shot down over the Pacific Ocean who survived a grueling time adrift at sea after which he was held as a Japanese POW, is one of the biggest nonfiction books of the decade. This young adult edition includes illustrations and photos to bring Zamperini’s story to life. 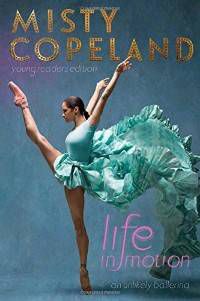 Life in Motion by Misty Copeland and Brandy Colbert

Misty Copeland’s road to becoming the first African-American principal dancer at the American Ballet Theatre wasn’t easy. This middle grade memoir shares her story growing up in a chaotic home, and her challenges to stand up for herself to pursue her dream of dancing ballet.

Flags of Our Fathers by James Bradley and Ron Powers

In February 1945, American Marines fought their way to the highest peak on Iwo Jima to raise the American flag. In Flags of Our Fathers, the son of one Marine traces the life of his father and the rest of the men of Easy Company through the battle of Iwo Jima. 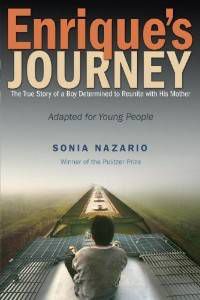 Enrique, a teenager from Honduras, sets out to find his mother, who was forced to leave him behind when she left for the United States to find work. The young adult adaptation includes photos, and an epilogue about what has happened to Enrique’s family since the adult version was published.

Frankl’s classic reflection on the Holocaust and finding meaning in suffering gets an abridgement for younger readers that also includes photos, a glossary, and a collection of additional letters and speeches. 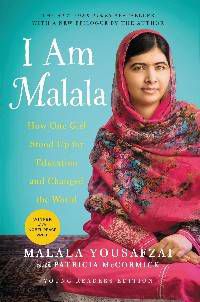 I Am Malala by Malala Yousafzai and Patricia McCormick

In 2012, Malala Yousafzai was nearly killed by the Taliban after standing up and insisting she be allowed to go to school. Her work advocating for education earned her the Nobel Peace Prize. This re-imagining of her memoir includes exclusive photos and bonus material.

Two boys, both named Wes Moore, grew up in a Baltimore neighborhood. One joined the Army and became a Rhodes Scholar. The other is serving a life sentence in prison for murder. This book, adapted from an adult memoir The Other Wes Moore, is about their friendship and the different factors that can make the difference between success and failure. 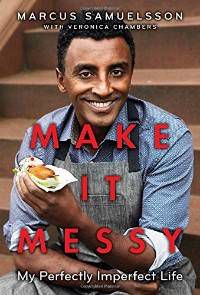 Make It Messy by Marcus Samuelsson and Veronica Chambers

After being orphaned in Ethiopia, Marcus Samuelsson was adopted by a Swedish family. His grandmother taught him to cook, inspiring him to learn in great European kitchens and eventually open a restaurant in New York City. This adaptation encourages young people to “embrace their mistakes and follow their dreams.”

Teens who code will find inspiration in this story of four African American female mathematicians who helped NASA through some of the most impressive achievements of the space program. 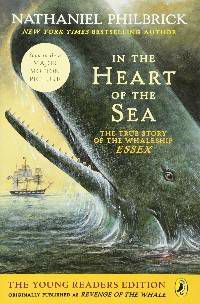 In the Heart of the Sea by Nathaniel Philbrick

In November 1820, the whaleship Essex sank after it was rammed by a whale. The 21 men of the crew found themselves stranded in three boats in the middle of the Pacific Ocean. Months later, the boats were rescued off the coast of South America, but few of the men survived. This adaptation by the author highlights one of the survivors, a 14-year-old cabin boy.

This book is the story of a youth soccer team, the Fugees, made up of refugees from around the world. The team is coached by Luma Mufleh, a Jordanian woman educated in the United States who gave up her job to start the soccer program in Georgia.

Chew On This by Charles Wilson and Eric Schlosser