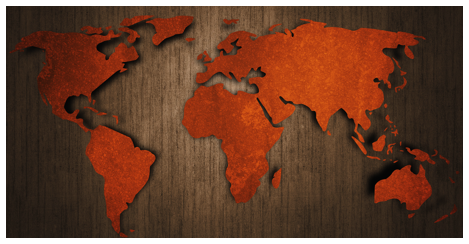 Maps are vital for the comprehension of the human world. Not in the sense that we need to know where north and south are, but in the lessons that lie beyond the tangible image. When explorers travelled the world to chart new territories, they contributed to a wider understanding of the planet, its cultures, its places and its phenomena. Maps made the world bigger.

Today, maps make the world smaller. Major social and economic issues are born of the initial decisions to make marks on a map and assign ownership to superpowers. The policies of the Trump Administration and the rise of the far right are unsurprising to anyone who has seen and comprehended what the world looked like in the 1930s.

These are suggestions of books to read if you want to understand more about why Russia seems to turns governments into quivering wrecks, why some places always seem to be in the grasp of civil war- and why racist sentiment and terrorist fear mongering are on the rise. 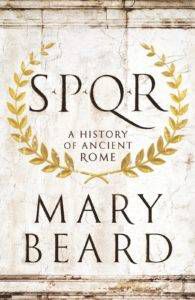 Professor Mary Beard kicks off our suggestions with SPQR: A History of Ancient Rome. You might think this is so far back as to be irrelevant to the world we live in now, but you’d be wrong (sorry). Even setting aside the history of ancient Rome, Beard’s work explains Roman society and the spread of the Empire across the map, right up to England. It gives a frank insight into how the European map was carved from an Empire- and given the strength of that Empire, it’s no surprise that so much Roman history keeps Europe tied together. 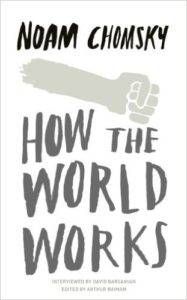 Noam Chomsky has long been a name in international politics and communications. His book How the World Works is a kick in the teeth, exploring geopolitics in the context of food markets, US foreign policy, racism and the environment to name a few. If you want the big bucks, start with Chomsky and dive in the deep end. I return to this one pretty often (my copy is a wreck of highlighting and crumpled pages) and each time I learn something I’d swear I had never read before. It’s an incredible read. 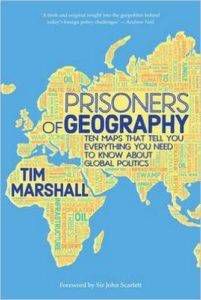 If you’re looking for something that’s right on the threshold of our current days, check out Prisoners of Geography. Even if you’ve never taken an interest in a map before, Tim Marshall divides his book by continent and delivers a succinct essay on the past, future and context of each continent compared to the globe as a whole. His is the clearest and easiest of the books I’m highlighting here, but he fits a huge amount of knowledge into a very accessible book. It’s been on bestseller lists for a while, with good reason. 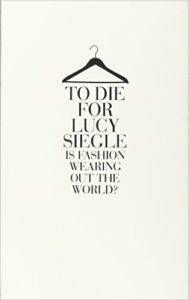 Lucy Siegle is an environmental journalist with The Guardian. In 2010, she published To Die For: Is Fashion Wearing Out the World? Though not a traditional tale of geopolitics, her book brings to light the real, daily impact of how countries interact with each other. Siegle shines a light on the awful truth that even these most aware and focused of us are complicit in perpetuating the poverty and decimation of others through our own behaviours. This was the book that first got me into learning about trade, labor and finance, and the trickle down effect of big markets. 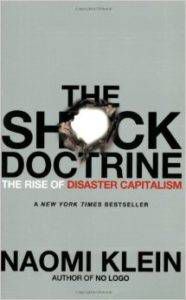 Last, but certainly not least, I think everyone should be pushed to read some Naomi Klein- particularly, The Shock Doctrine (though it’s my lived experience that one Klein book is never enough and you’ll feel the need to keep reading her work, even though it sort of feels like all you ever knew is being ripped to shreds by her arguments). The Shock Doctrine ties a web around global profit trends and examines how billions are made by treating every event as a market opportunity. This is a book that gives an insight into the current state of the world. It doesn’t make for a pretty read, but the insight will change your perspective.

The map as we know it may be about to change- crises in Syria, the impact of Brexit on the United Kingdom and Northern Ireland, further Eurosceptic votes and elections in France, The Netherlands and even Spain could lead to changes in how we draw the world- and those are just some European examples. I firmly believe that we live in a difficult and upsetting time. We all have a responsibility to see the world before us, to comprehend how it works, and to share knowledge with others as often as we can.

I would love further recommendations- especially by non-caucasian authors. The scope of geopolitical writers is quite small and the number of high profile men in the circuit is clear. Are there other books you think I could include here, or that we could share with other Rioters? Please share them!