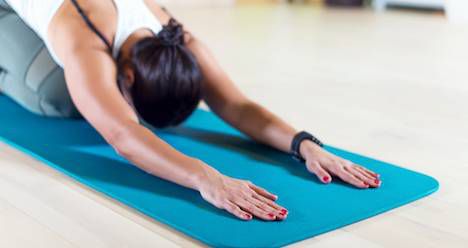 This is a guest post from Amanda Kay Oaks. Amanda is a writer, tutor, editor, and professional wearer of many hats. She is a Notre Dame AmeriCorps member serving at an adult education center in her home town of Cincinnati, Ohio. Follow her on Twitter @I_Write_Things.

When I was a senior in college, I got to listen in as some wonderful ladies read excerpts from their memoirs on a panel at the writer’s conference, AWP. It was that short, simple reading that convinced me I had to go, immediately, and read Suzanne Morrison’s memoir Yoga Bitch. With a title like that, how could I not?

I had been doing yoga since high school and had been playing with the idea of going on retreat for a few years, so I thought this book would be a nice way to get some perspective on the experience. It doesn’t hurt that funny ladies are pretty much my jam when it comes to reading memoir, so I wasn’t surprised to like the book. What did surprise me, though, was that I sort of found my soulmate.

It didn’t take long into reading for me to realize that Morrison was basically me. Swap the addiction to cigarettes for Diet Coke and we were twins, from the anxiety to the on again, off again relationship with yoga.

In her story, Morrison goes on the yoga retreat to help her make some big decisions, one of them about whether or not to move across the country with her long term boyfriend. At the time, I had just moved back to my hometown of Cincinnati to begin a year of AmeiCorps service and had started dating a college boyfriend for the second time. A college boyfriend who had Bible-dumped me and had made my going to church with him a few times a condition of our reunion.

And here I was, on the pages of this book. I couldn’t help but feel that I had found my soul sister, that this book had come to me in order to give me A Message. I listened. At the end of the book, Morrison makes a decision to leave her boyfriend and start a new life. I closed the book and cried.

It wasn’t that I thought I had to do this because the narrator had done this; it was that reading the book had forced me to recognize my own feelings. It wasn’t just the way Morrison described things or the tiny details of her anxious thoughts that created an echo in my own mind; it was the realization that what she was doing wasn’t working for her anymore. I had to live my post college life free to believe in the What-Ifs of Tarot Cards and Yoga Retreats, and my then boyfriend could not and would not come with me on the paths I wanted to walk.

Reader, I broke up with him. And then, as if exhausted by my one good decision, I fell into a spiral of even more self destructive behavior as a result of my newfound freedom. My new life came with friends and parties and alcohol, things I hadn’t really explored before. Things which, I am sure, would not be welcome in a yoga memoir. It wasn’t until I lent Yoga Bitch to a friend and got to talking about it again that I had to admit I hadn’t fully done what the book had set me off to do. Shit. I needed to go on a yoga retreat and get my life together, stat.

Because I was doing AmeriCorps, Bali was about as likely as winning the lottery, so I set my sights on local retreats instead. I found one that fit my budget, taking place in Natural Bridge, Kentucky, which was only a short drive from Cincinnati. I roped a friend into joining me, prayed no one was going to expect me to drink pee, wondered whether I could survive three days of being vegan, and packed my bags. 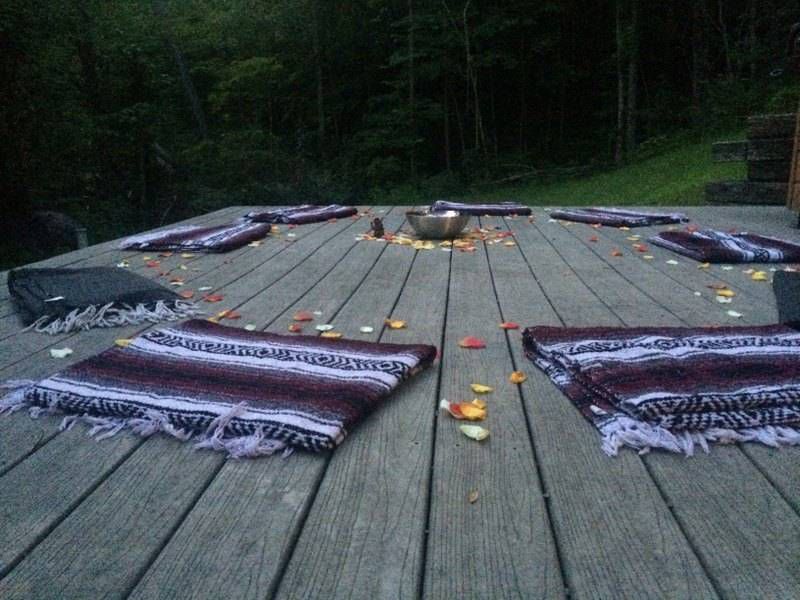 I expected to reread Yoga Bitch while on retreat, but the book had apparently taught me my lessons already. Its basic message, if not the actual prose, was inscribed on my heart. Instead, I tried to do the thing. I mean, I drank coffee in the mornings and thought almost nonstop about Diet Coke, but I did the thing as best I could. My experience was not like Suzanne’s experience. My yoga people were, in fact, down to Earth people who had all brought wine tucked into their bags. No one expected me to drink pee and we all agreed that being vegan was less necessary than having milk for our coffee. Even so, I was grateful for what the book had convinced me to do.

On our last night, we sat in a circle and participated in a burning ceremony of release. It probably sounds cheesy, like something I should make a joke about if I were trying to write a funny memoir, but it wasn’t cheesy to me then. It was exactly what I needed. I was holding on to something I knew wasn’t serving me, and I was enough of a hippie to take myself seriously when I threw that little slip of paper in the fire and said “I let go with full acceptance.”

I let go. I let go of things I’d been holding onto since high school, for years and years.

Reading a single book can sometimes change your life, if you know where to go from there. In this case, through whatever means, this book found me exactly when I needed it, and that made all the difference.