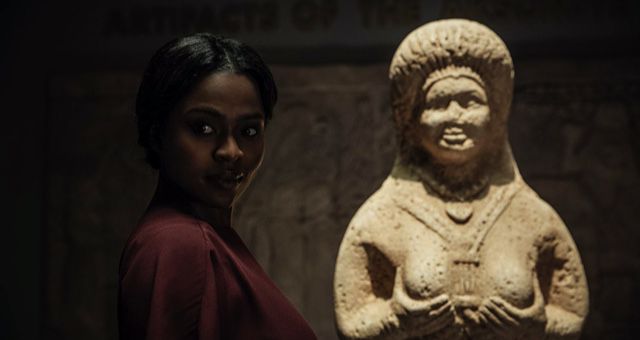 Yetide Badaki as Bilquis was one of the best things to come out of the Starz American Gods adaptation. She absolutely owned the screen every time she appeared and embodied the goddess for whom men would sacrifice themselves with seemingly effortless urgency and grace. In a series with diminishing returns once Neil Gaiman departed to work on Good Omens and original show runners Bryan Fuller and Michael Green left over budgetary disputes, Badaki remained a bright light in a murky effort.

She is also a phenomenal audiobook narrator, which you know if you’ve listened to Nnedi Okorafor’s Akata Witch.

The actress has voiced interest in playing one of the more famous X-People via social media, which started my fan casting wheels spinning on comic roles for Badaki. Here are my top choices. 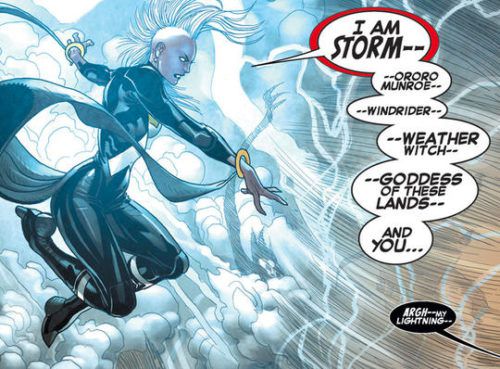 This is the role Badaki has said she’d love to play and her timing is perfect; with the acquisition of both Marvel and Fox by Disney, an X-Reboot is very likely on the horizon. Which…thank all the deities because wow, that franchise, with the exception of Logan, has been a trashfire. When I was a teenage mutant looking for other mutants, I found the X-Men and latched on, but every successive outing (with the exception of First Class. Maybe. On a good day) has systematically obliterated any give a crap I had for my childhood heroes. I can only hope Feige will do better and the first step in that would be casting Yetide Badaki as Ororo Munroe/Storm.

She’s already proven her literal god tier skills. She will lead your X-Team while she summons a tsunami without breaking a sweat. And should things go sideways for Nakia and T’Challa in the MCU, she’ll prove more than a match for the King of Wakanda and their relationship, which is canon, would be the perfect entreé for the mutants into the larger franchise. 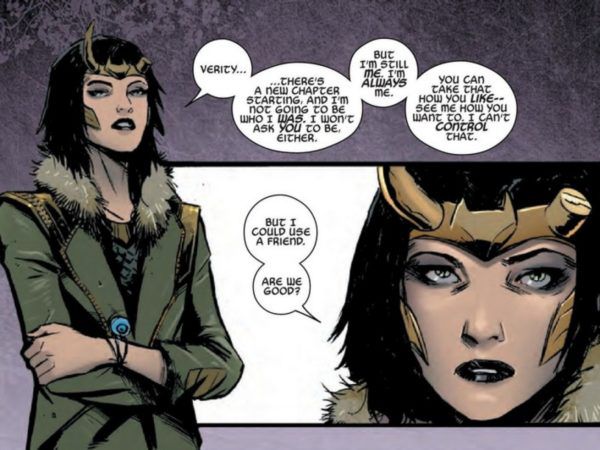 Your arguments are invalid. No, I don’t need to know what they are because we’re doing this.

Loki, like Bilquis, is an extremely complex and nuanced character. Both are variable, changeable. Both are survivors. They are extremely powerful but viewed as outsiders by their respective pantheons. They want to be accepted but are unwilling to relinquish their identity for the edification of others. Both Loki and Bilquis crave companionship even if they won’t admit it openly and, when they find it, are prone to self-sabotage at the mercy of their darker natures.

We have yet to see Loki’s gender fluidity expressed on screen, though Mackenzie Lee’s Loki: Where Mischief Lies, delves a bit and is, hopefully, a harbinger of what’s to come on the Loki Disney + show. And if it does happen, then the powers that be need to make it spectacular. Badaki can certainly fulfill that brief. 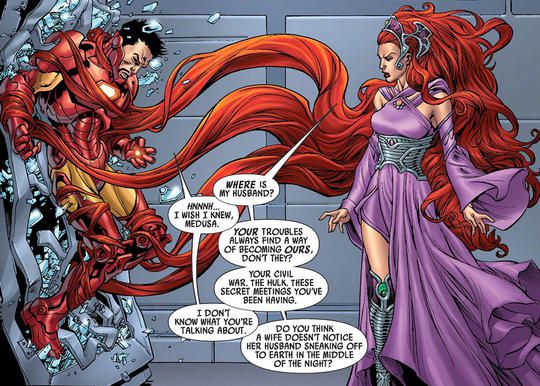 There have been rumblings of an Inhumans reboot buried in Marvel news the last few months and I, for one, am here for it. The Inhumans are fantastic characters with amazing storylines that force readers to examine their world and themselves in ways that are necessary, if not always comfortable (see Paul Jenkins and Jae Lee’s Inhumans and Saladin Ahmed and CJ Ward’s Black Bolt). They were, alas, rushed to the small screen in a short-lived, cheesy, badly costumed, poorly written travesty that even I couldn’t watch, and I really like the Inhumans.

One of the many, many things that irked me about the show was Serinda Swain’s Medusa. I don’t blame the actress; she didn’t have…well, anything to work with. If you’re doing Inhumans properly, though, you need a regal, confident Medusa who not only stands with Black Bolt but is also a brilliant, forceful leader in her own right; she’s ruled on her own at various times throughout the Inhuman story and let’s be honest: she often does a better job than Black Bolt because she’d doesn’t have the anchor of an evil brother weighing her down. She does not vacillate and she most certainly doesn’t wait at home for the mens to come back and bail her out. Take one look at Bilquis, hear one line, and you’ll see why Badaki would be the perfect Queen of the Inhumans.

Other comic roles I think Badaki would kick butt in: Poppy from Sleepless. Monica Rambeau as Captain Marvel/Photon. Moondragon if the Guardians of the Galaxy team ever expands. Josie Schuller from Joelle Jones, Jamie S. Rich, and Laura Allred’s Lady Killer. I could go on. Yetide Badaki has already been a goddess, why not give her the chance to stretch as a superhero, especially given the fact she is 100% game? Have Feige’s people call her. I’m sure they can work out some kind of deal.