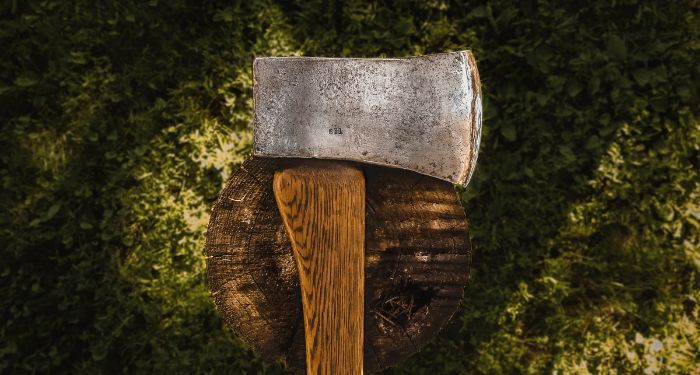 I’m sure I’m not the only one with vivid memories of the survival stories I read as I started getting into chapter books. Classic survival stories like Hatchet and Julie of the Wolves created intense reading experiences for generations of even the most reluctant readers. So where to go when readers are ready for young adult books? For those readers craving more more wilderness and more wiliness, there are lots of riveting YA survival stories to choose from.

Something I love about YA survival stories is the versatility within the genre. Some of these stories are traditional dropped-in-the-wilderness tales. Others follow escapes from war, oppressive political regimes, and other very real factors that make people flee their homes. These stories can help build empathy for people in these dangerous situations while still providing the heart-pounding thrills of a survival story. I take real inspiration from these books. As someone with some kind of inability to reliably identify poison ivy (don’t worry, I get plenty of flak for this from people I know in real life), I’d be a sitting duck in an actual survival situation. So I deeply admire characters with the grit to persevere against seemingly incredible odds. Let’s meet a few of them, shall we? 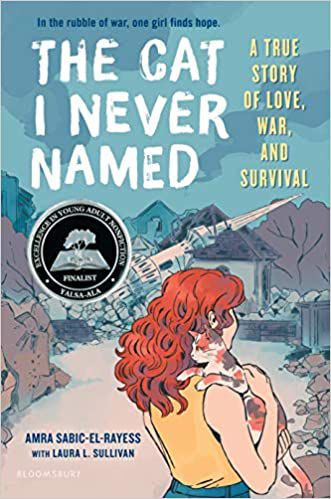 The Cat I Never Named : A True Story of Love, War, and Survival by Amra Sabic-El-Rayess

While many YA survival stories are fiction or fictionalized stories of historical people, I wanted to include some nonfiction accounts of survival situations as well. Amra Sabic-El-Rayess faced persecution as a Muslim in Bosnia in the 1990s. This graphic memoir chronicles the siege on her home city of Bihac, when friends turned to enemies and death was omnipresent. Yes, the story includes a cat. For those tentative about such things, the cat does not explicitly die in the book, but she is delivered to a safe countryside village to live out her life. 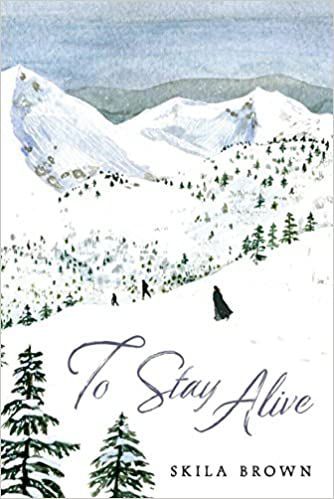 To Stay Alive: Mary Ann Graves and the Tragic Journey of the Donner Party by Skila Brown

Can a novel in verse give you nightmares? This one did for me! That’s a high mark of praise for someone who considers herself fairly unflappable in the face of gore. But there really is something about the Donner party that continues to fascinate readers. This is a fictionalized version of the story of a historical survivor of that ill-fated expedition. It’s an immersive and detailed novel following the group of people whose attempt to cross the Sierra Nevada Mountains had dire consequences. 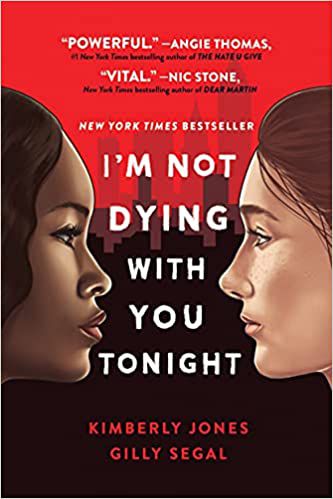 While plenty of YA survival stories feature situations that unfold over days, months, or years, this fast-paced book brings two unlikely characters together to survive a single night. After a race riot erupts at a high school football game, things quickly become chaotic and potentially deadly. Lena is a Black girl; Campbell is white and the new girl at her majority-Black school. The two are not friends, but they must learn to rely on each other to make it back to safety. It’s a timely book that can definitely inspire conversations about race in the United States. 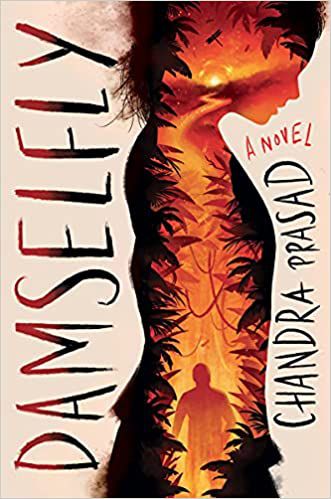 Damselfly…Lord of the Flies… get it? This book is indeed an updated take on the classic survival tale. In it, a girls’ fencing team survives a plane crash onto a deserted tropical island. This book incorporates gender, class, race, and ability into the narrative more explicitly than its forebear did, and is a gripping read. Like, is this island possessed? You know that a book that starts with the protagonist waking up with an eyeball in her hand is really going for it. 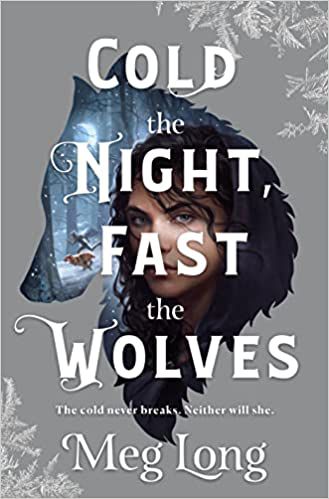 Cold the Night, Fast the Wolves by Meg Long

Remember how Luke Skywalker had to sleep inside the tauntaun (RIP tauntaun) to survive on Hoth? If you think of that scene fondly, here’s the book for you: a survival tale set on an ice planet. Pitched as Wild Fang meets Red Riding Hood, this book explores the bond between Sena and her prize fighting wolf Iska. The two of them are trying to bring a team of scientists across the tundra in a sled race. Sena never wanted to participate in this race, but she will for the chance to leave her hostile planet. This is one for everyone who loves profound human-animal connections. 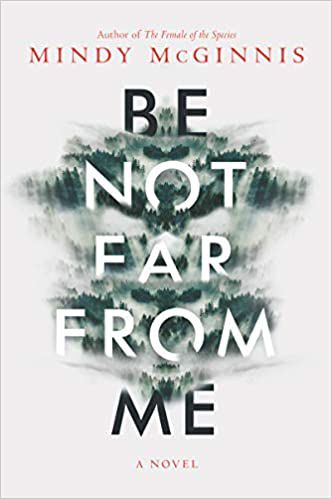 Be Not Far from Me by Mindy McGinnis

If you’ve read any Mindy McGinnis novels, you know the keyword is INTENSITY. In the wilderness, one foolish decision can be the difference between life and death. Ashley makes a doozy of a blunder, running into the forest when she catches her boyfriend cheating on her. She’s barefoot, without any supplies, and then she falls in a ravine. Girl can’t catch a break! With infection creeping up her leg, can she make it back to humanity, or will the woods take her for good? 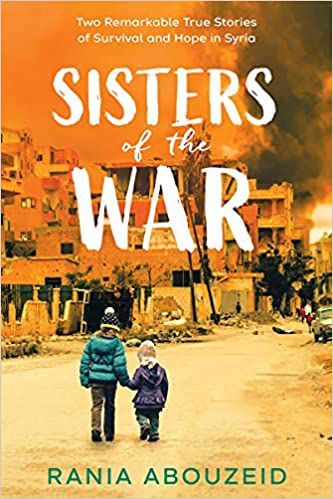 Sisters of the War: Two Remarkable True Stories of Survival and Hope in Syria by Rania Abouzeid

The author of this harrowing book is a journalist who has covered the war in Syria that began in 2011. She followed the lives of two pairs of sisters on opposite sides of the conflict, showing what it’s really like for young people to survive war day in and day out. This book provides nuanced stories that will enhance readers’ understanding of this tragic conflict. And it beautifully depicts that spark of hope that can remain lit inside young people enduring unthinkable violence. 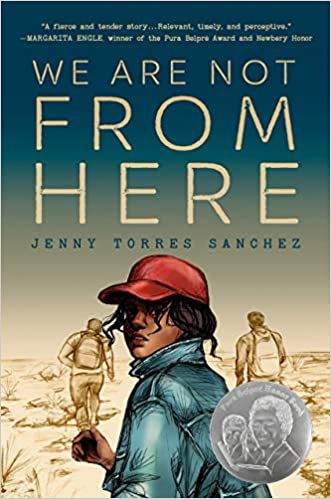 Pulga, Chico, and Pequeña have grown up in Guatemala. Their community has tried to keep them safe despite the looming danger. But when it’s time to run, the three of them do, first for Mexico, with eyes on the United States. They follow the route of La Bestia, a system of trains running north. This is another timely tale inspired by real stories happening at the U.S.-Mexico border. You will absolutely root for these three fighters to chase dreams bigger than mere survival. 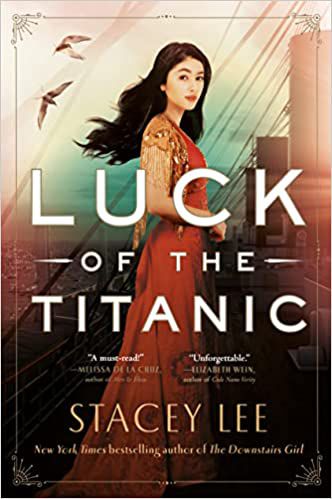 Valora Luck, a Chinese British acrobat, is a stowaway on the Titanic. She’s seeking a new life in the United States as a circus performer. If you’re up on your U.S. history, you know the U.S. was not allowing immigrants from China at this point in history, hence the stowing away. When the Titanic strikes the iceberg sealing its fate, Val has to set her bigger plans aside and survive the night. This book also includes some historical notes about the known Chinese people who were aboard the Titanic.

If the Titanic is a topic that fascinates you, we’ve got some more recommendations. 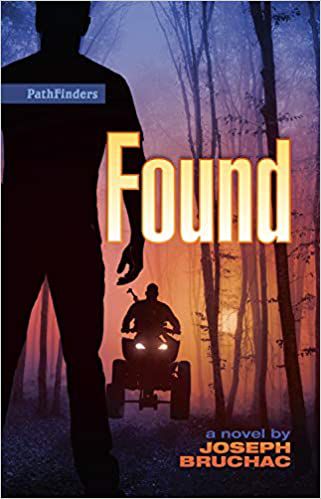 Here’s a great book specifically for readers who loved Hatchet. While heading to Camp Seven Generations, a Native outdoor school, Nick witnesses a murder. Thrown from the train he’s riding, he now has to rely on the knowledge his Abenaki elders instilled in him to make it through. Nick is still being pursued, however. This book delves into the roles of hunter and hunted, showing that they’re not as static as they might seem. 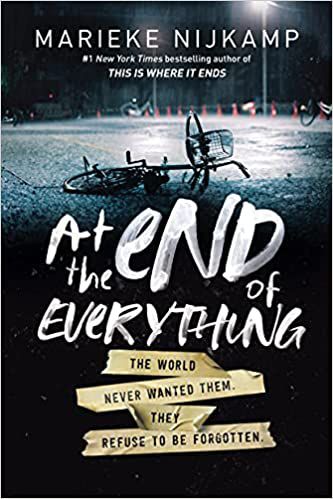 At the End of Everything by Marieke Nijkamp

If you’re up for a pandemic survival story, this book is a thrilling and satisfying ride. The premise is so (un)believably grim: teens at a juvenile detention center discover they’re on their own when a pandemic results in a complete absence of staff. Supplies dwindle, and illness spreads. But these kids on the fringes of society are determined to fight their way back into a world that’s treated them with nothing but cruelty.

If you’d like to continue with thrilling YA reads, try some gothic fiction or just some straight-up horror. However you like to give yourself nightmares is your business!