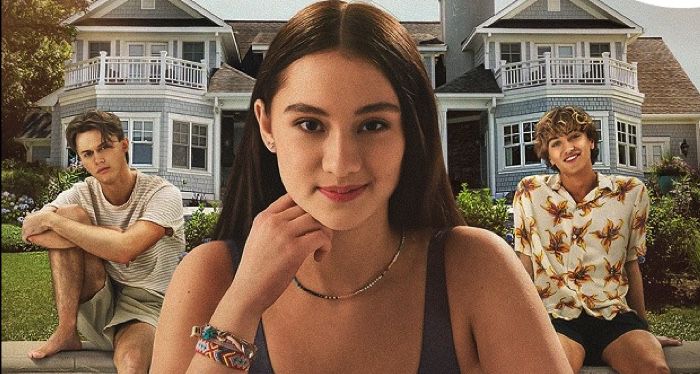 This summer, YA readers can enjoy not one, two, or even three great adaptations of YA romances, but four, all available through major streamers Netflix and Amazon Prime. While plenty of great YA novels of all genres have been making their way to screen thanks to the proliferation of streaming services, this round of releases feels a bit like an embarrassment of riches, especially since all are romantic summer stories that evoke the best feelings of the season! From love triangles to the friends-to-lovers trope, if you’re looking for something great to watch in the AC in between trips to the beach and late night bonfires, then we’ve got a quick rundown of the four summery YA adaptations you can stream right now. We’ve even got some thoughts on what we’d like to see next!

Note: I know Heartstopper, based on the Heartstopper series by Alice Oseman, is also a great new TV show release on Netflix, and I’m excited to watch it! I didn’t include it on this list because I’m focusing on summer-set romances, but I’d love to see more queer YA romances adapted to the screen! Particularly if they’re sapphic or trans! 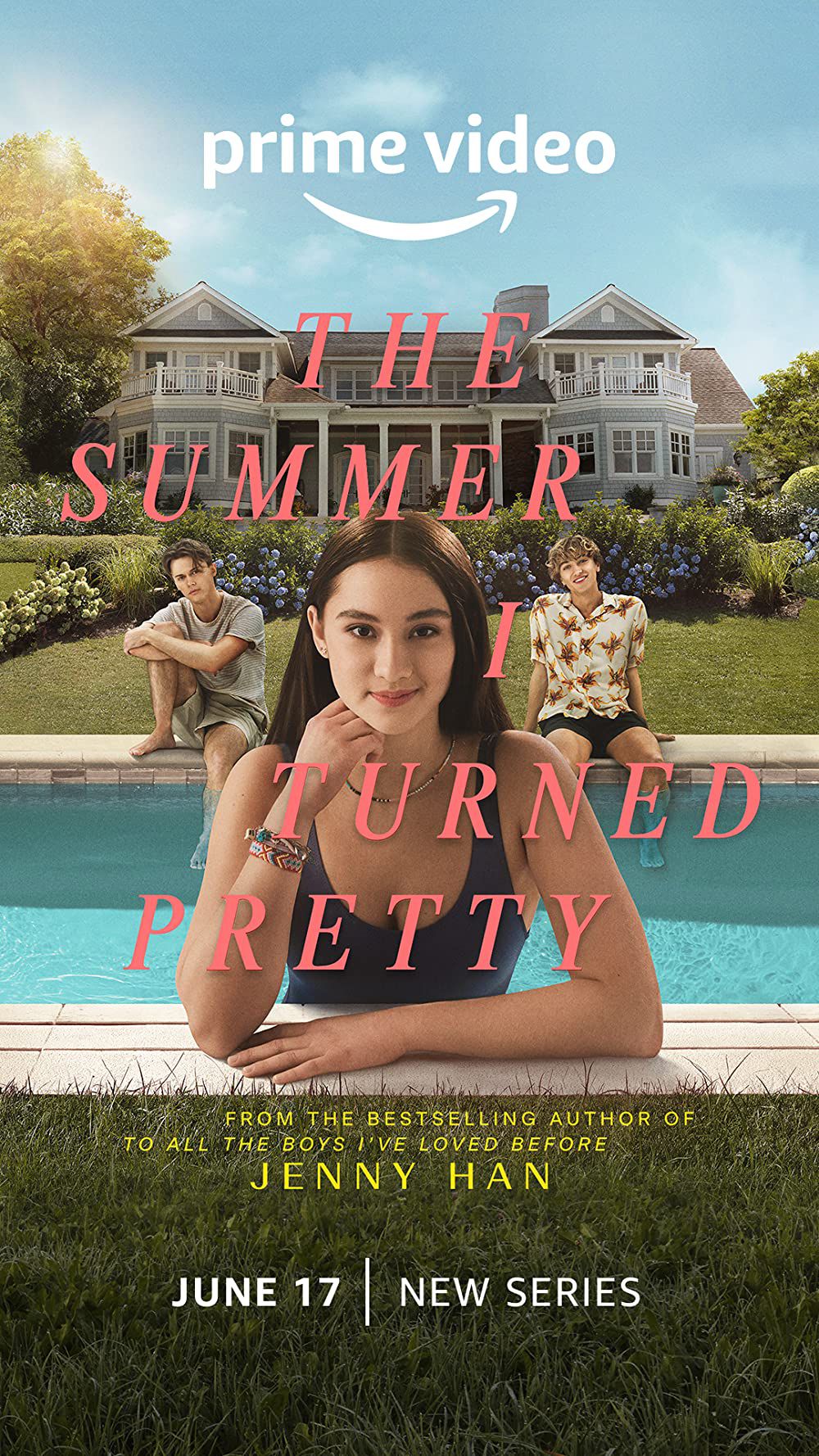 The Summer I Turned Pretty

Based on the The Summer I Turned Pretty by Jenny Han, the first in the Summer trilogy, this seven-episode series premiered on Amazon Prime on June 17th. It follows Belly, a 16-year-old girl who heads to Cousins Beach each summer with her mom and brother to spend the season with her mom’s best friend and her sons, Jeremiah and Conrad. Belly has had a crush on Conrad for as long as she can remember and this summer might be the one that changes everything — the one where she is finally noticed and appreciated for being pretty and finds romance…but will it be with Conrad, or someone else?

With a dreamy beach setting, lots of yearning, and a soundtrack heavy on Taylor Swift and Olivia Rodrigo, it’s no wonder that this TV series adaptation shot to the top of Amazon Prime’s offerings right after release and earned a renewal for a second season. The book was originally released in 2009, but this screen adaptation offers a fresh update on a story that contains all the classic trappings of a YA romance — a love triangle, unrequited love, plenty of teenage angst, and a dash of heartbreak. The seven episodes cover the first book but also add a bit more to the story. Belly participates in a debutante ball, and the tension between her and Conrad and Jeremiah ratchets up as they participate in various summer activities. We also see Belly’s brother Steven getting a romance of his own, some class tensions between the haves and have-nots of the rich Cousins Beach community, and great subplots involving the moms of the book. Lola Tung, who stars as Belly, plays a convincing 16 with equal parts enthusiasm and awkwardness. Props to this show for casting actors who actually look and feel like teens!

We can only assume that the second season will follow the second book, It’s Not Summer Without You, but it will be interesting to see how the story evolves! 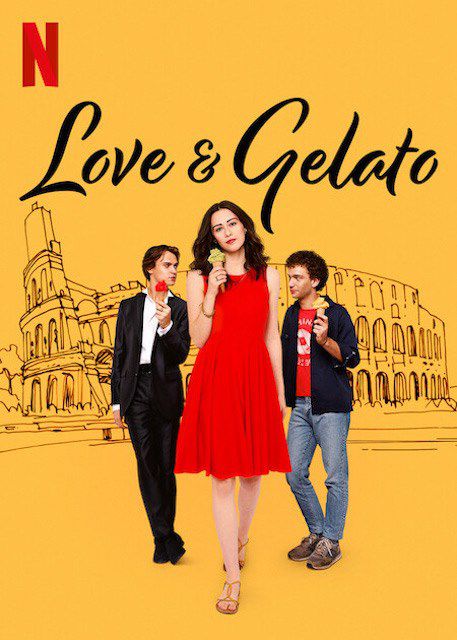 Based on Jenna Evan Welch’s bestselling novel Love & Gelato, this movie adaptation is available now on Netflix. The book is about Lina, who isn’t exactly happy about spending her summer in Italy. It was her mom’s dying wish that she go and get to know her dad but once there, Lina is given a journal that her mom kept on her own youthful trip to Italy, revealing some secrets about her past that she is determined to uncover. The movie takes this basic premise, but makes a few tweaks to the story! It takes place primarily in Rome rather than Florence, and some characters are recast slightly while others are eliminated to help move along the plot. The movie stars Anjelika Washington, Owen McDonnell, and Susanna Skagg, and while it does take some liberties with the characters and where they end up, if you’re looking for a romantic story set in beautiful locations and exploring family secrets, then this will be a fun watch! You can also follow up your read and watch with Welch’s companion novels Love & Luck and Love & Olives, but no word yet on if they’ll also be adapted. 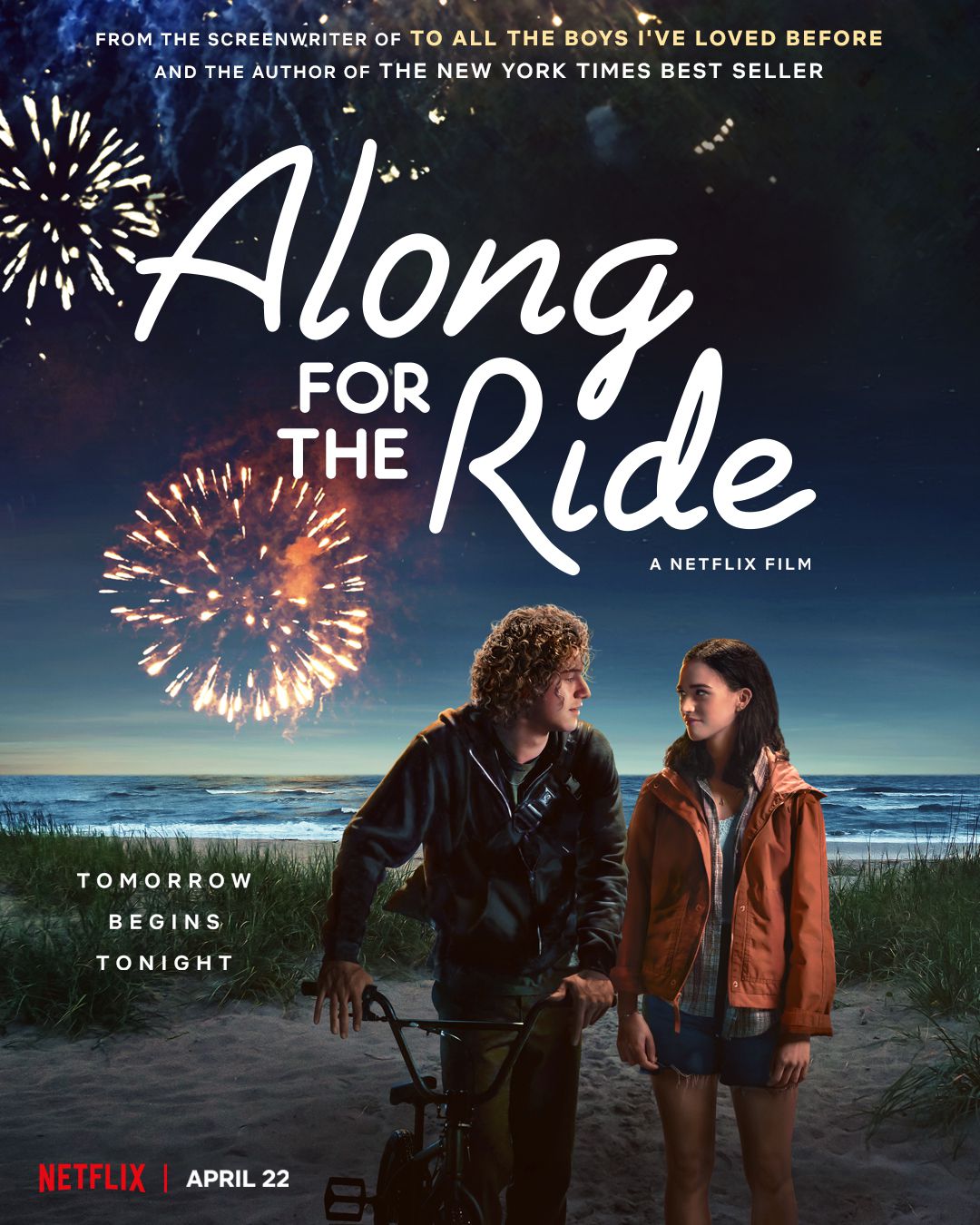 Along for the Ride

The other 2009 YA romance to make a screen debut this summer is Along for the Ride, written by YA queen Sarah Dessen! It’s not the first time that one of Dessen’s books has been adapted into film — How to Deal came out in 2003 and it was based on a combination of two of Dessen’s books, That Summer and Someone Like You. Along for the Ride takes fans to Colby, NC, a fictional beach town that crops up in many of Dessen’s novels. It focuses on Auden, a quiet girl who recently graduated from high school and is about to spend the summer with her dad, stepmom, and baby half sister, despite her mom’s reservations — and her own. While her dad’s family is welcoming, she doesn’t exactly feel like she fits in at home or at her summer job at her stepmom’s shop. Her insomnia leads her to a surprising night life at Colby, which leads to love and some surprising personal revelations. The movie has a great all-star cast in Andie McDowell, Kate Bosworth, and Dermot Mulroney as the parents, and relative newcomer Emma Pasarow stars as Auden, and it includes some fun nods to other Dessen novels. It’s also a great movie that balances romance and friendship, which is always great to see! 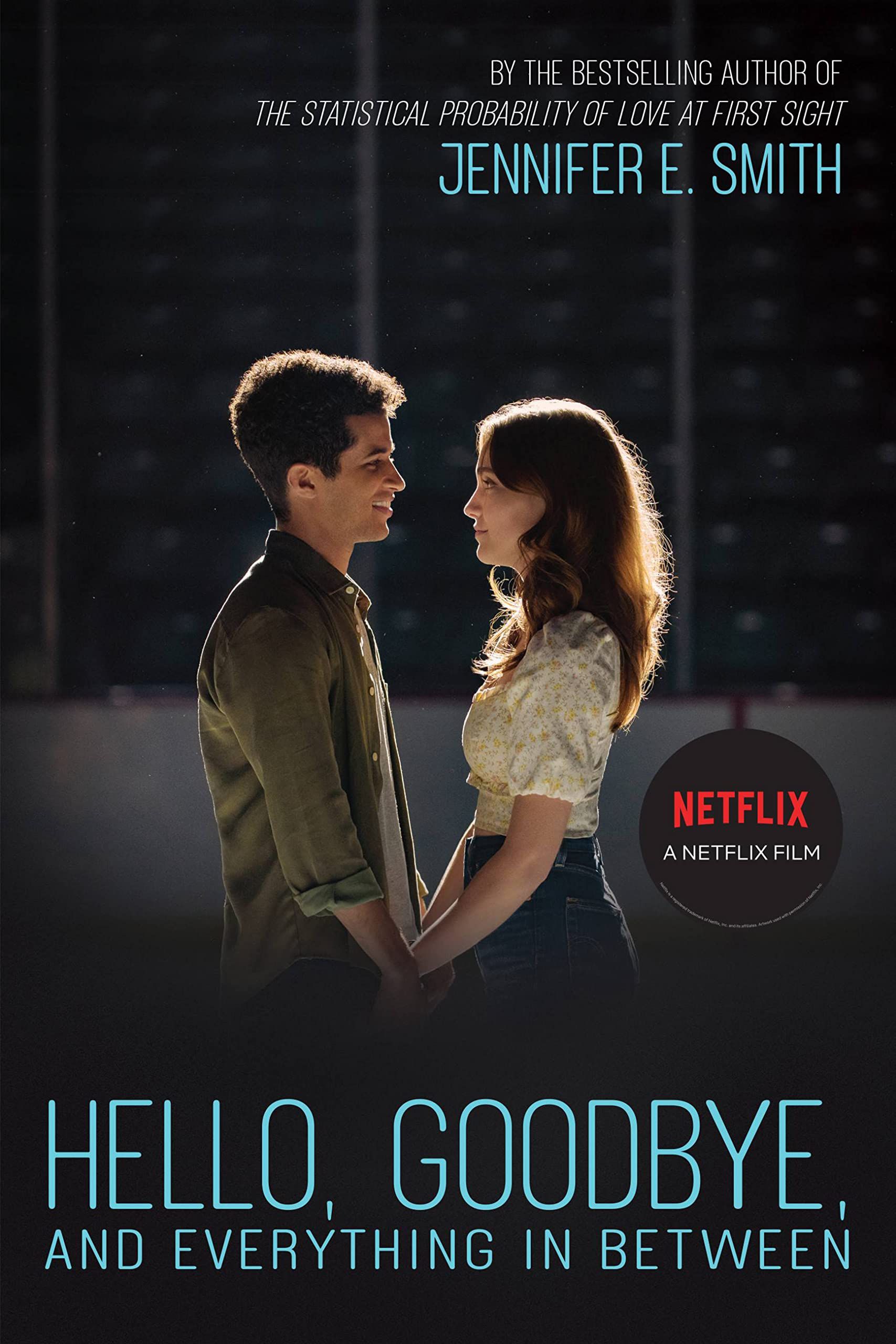 Hello, Goodbye, and Everything in Between

Jennifer E. Smith’s novel Hello, Goodbye, and Everything in Between is a sort of backwards romance about high school sweethearts Clare and Aidan who have been together for a little while at the start of the book, and now they have one last summer night before they head off to their respective colleges. One last night to make an important decision: Break up, or try long distance? They revisit all of the spots from the early days of their romance, trying to figure out what’s next. The movie premiered on Netflix on July 6th and stars Talia Ryder and Jordan Fisher. As of this writing, I haven’t been able to watch the movie yet, but the trailer promises a romance full of swoony moments and big questions about life and relationships and figuring out what matters in life, as well as brightly lit sets that look romantic and aspirational.

One interesting thing to note about two of these adaptations is that they star characters of color who were originally white in their respective books. For The Summer I Turned Pretty, it makes sense that Belly and her family are recast as Korean American — Han shares that identity and served as a producer of the show. While I can’t speak to the reasons why Belly was originally white in the book, keep in mind it was published in 2009, before the We Need Diverse Books movement. Aidan in Smith’s Hello, Goodbye, and Everything In Between appears to be biracial, but that character isn’t written as such in the book. While it’s true that screen adaptations offer a chance to be more inclusive than their source material (see the Netflix adaptation of Dash and Lily’s Book of Dares), I would love to see more books by authors of color starring teens of color get adapted in the first place.

Some great summer romances that would be great on screen that immediately come to mind are One True Loves by Elise Bryant, which is about a Black teen who heads out on a Mediterranean cruise the summer before college, hoping for some clarity about her future. Then there’s Now That I’ve Found You by Kristina Forest, which is a great story of family, legacy, and trying to make up for past mistakes set against the backdrop of Hollywood. And for a more central sapphic romance beyond the secondary ones we get in Heartstopper and Simon, then I’d love to see Late to the Party by Kelly Quindlen brought to the screen—it’s a great summer novel about finding new friends, keeping hold of old friends, and finding romance in unexpected places.

I hope that we continue to see more great YA adaptations of all sorts hitting streamers in the future, and I can’t wait to see what great TV shows and movies are in store for us!