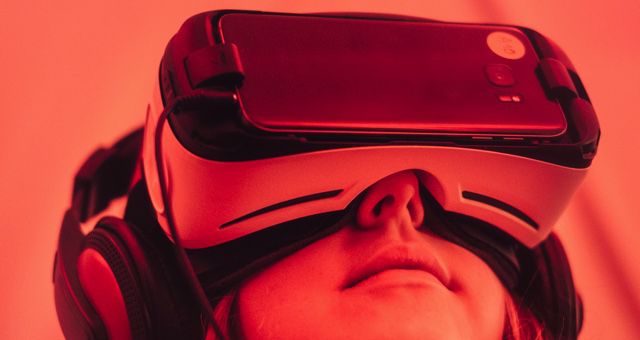 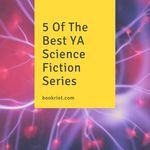 This list of YA science fiction series is sponsored by Rebel by Marie Lu, with Fierce Reads. 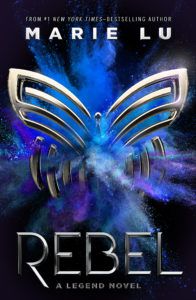 Respect the Legend. Idolize the Prodigy. Celebrate the Champion. But never underestimate the Rebel. With unmatched suspense and her signature cinematic storytelling, #1 New York Times–bestselling author Marie Lu plunges readers back into the unforgettable world of Legend for a truly grand finale. “An epic, romantic saga.” —Entertainment Weekly; “Rebel is a masterful feat written by a powerhouse author. Marie Lu is magic.” —Tahereh Mafi, bestselling author of the Shatter Me series

When I was a kid, I rarely read anything that wasn’t part of a series. If I could be compelled to finish a stand-alone book, even ones I enjoyed would leave me angry or sad that there wasn’t any story left. There’s something about serialization that pairs so, so well with adolescence. Years pass more slowly and with much more weight than in adulthood. The cultural experiences we take with us through the tumult of growing up hold great significance to us, even years into adulthood.

There is a such a wealth of great YA series in all genres. In my adult years, I’ve gotten more invested in and knowledgeable of stand-alone novels, but I can still count on the realm of young adult books to get me invested in a books-long story the same as they did when I was young. As someone relatively new to the depth, beauty, and thrill of science fiction, I’ve been thrilled to get acquainted with these great YA science fiction series. 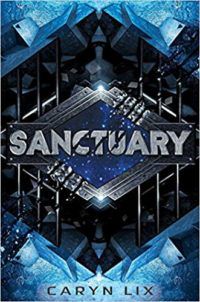 Lix’s debut novel follows Kenzie, a prison guard trainee on the space station Sanctuary, who is taken hostage by a group of teenagers with super powers who are being held prisoner on the space station. Is that not the coolest setup you’ve ever heard? When the space station is attacked, Kenzie and her captors must fight together to survive, despite their inherent differences. Sanctuary is the first in a series, recently followed by Containment—which I won’t get into, so as to not spoil the first book. You’ll just have to read for yourself. 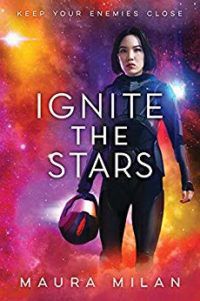 Ia Cōcha is known throughout the universe as a fearsome, relentless outlaw. No one knows that Ia Cōcha is a 17-year-old girl on a mission to destroy the imperialist empire that destroyed her home and displaced her people. The Ignite the Stars series follows the action after Ia’s true identity is revealed, and the government that she has spent her life fighting forces her to attend a military academy so they may take advantage of her skills as a pilot. 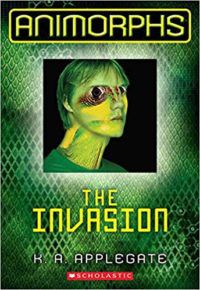 Okay, I can’t talk about the reading habits of my younger days without bringing up Animorphs. It’s Animorphs, for crying out loud! These books rule. Sure, the prose is schlocky at times, and the vast majority of them had ghostwriters, but what’s not to love about a group of scrappy, angsty teenagers transforming into animals? An epic coming of age tale also featuring a kid stuck inside the body of a red-tailed hawk? A fantastically bad TV adaptation? The best response by an author to criticism I’ve ever read? (Spoilers in the link.) Come on. Animorphs rules. There are 54 of these books, and that’s if you only count the main series, so you can rest assured you will have plenty of reading material ahead of you if you decide to jump into this series. 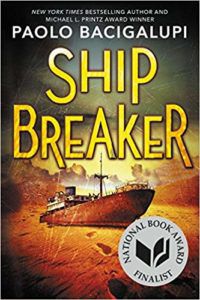 Climate fiction is, for obvious reasons, an incredibly fertile genre right now. It is a testament to the way in which those who underestimate young adult fiction are missing out on books that touch on important and timely themes. Paolo Bacigalupi’s Ship Breaker series is one such example. In these three books, readers follow Nailer, a boy who scavenges grounded oil tankers for sellable parts, as he tries to survive living on a post-climate disaster Earth. 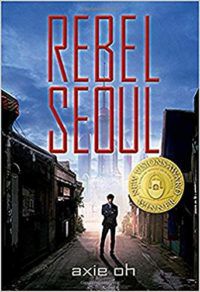 In the year 2199, East Asia has been ravaged by a brutal and destructive war, leaving dystopia where there were once great cities. In the South Korean capital, now called Neo Seoul, a pilot named Lee Jaewon is hungry for a chance to prove his militaristic might. His visions of glory are complicated when he meets, partners with, and eventually falls in love with Tera, a super soldier who has been trained to pilot weapons of mass destruction. In getting close to Tera, Jaewon must confront the morality of fighting for a government that turns human beings into tools of war. This is Oh’s first novel in a series. The second novel, set in Neo Beijing, arrives in October.

What are some of your favorite YA science fiction series? Let us know!