Maybe I’m overreacting—in fact, I’d love to be overreacting—but given how 2016 has been widely considered a garbage fire, 2017 is obviously not shaping up to be sunshine and puppies. Now, look, we can’t change the weather, but we can always try to pet all the puppies* that we can.

(Um. I’m not sure if my analogy is working here, but petting puppies basically means changing the things we can, yes? It means being a force for good, no matter the stuff that remains unchangeable, right? Okay, then. Onwards.)

So, if hope is something we must give ourselves, it’s a good thing that our culture is saturated with exactly the kind of stories that can be summarized by the motto “Not Today Satan.”

But where to begin! So many options! And way too many tragic heroes for your heart to take! I know. Don’t worry. Here’s a shortlist of the books you’re going to need in your arsenal this year, plus characters who are sure to have your back when you need them the most: 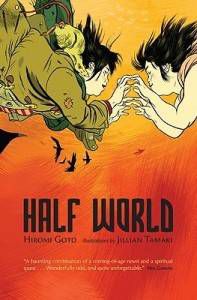 Melanie from Half World by Hiromi Goto: An old favourite and for a reason. This one best explains my analogy of “forget the weather and just pet the puppies”. Melanie is burdened with an extraordinary destiny, but she comes to an important realization:

“She was responsible for the things she chose. That’s all. She almost managed a tiny smile. It was simultaneously an incredible responsibility and almost nothing at all …”

It makes dealing with the things you can’t change that much easier, you know. 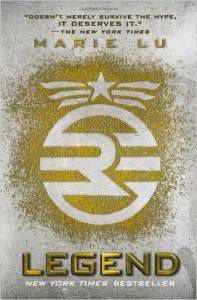 Day from Legend by Marie Lu: This trilogy is shamefully overlooked when YA dystopian trilogies are being discussed. This is the series that shaped the way I understand resistance and the fact that there is no one way to revolt. Every person’s efforts count.

There are plenty of incredible lines in this series, but the story behind Day’s choice of name is the quote I love most from this series. It’s basically a teenaged boy waxing poetic about his choice in vigilante name, but that doesn’t in any way diminish how relevant these words are:

Taking it all one day at a time is excellent advice. You may feel like you’re stuck in a burning house, and by all accounts there are situations that merit that kind of urgency, but allowing stressful situations to overwhelm you doesn’t help anyone. Taking a moment to brace yourself or pace yourself is how you start to attack a problem. 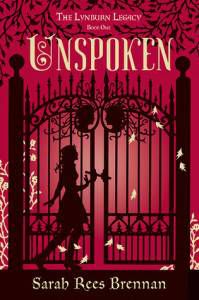 Kami from The Lynburn Legacy by Sarah Rees Brennan: I recently revisited this trilogy, mainly because I missed the characters. The more time I spent in Brennan’s world, however, the more timely the story became. There is a point, early in the novel, when the majority of people around Kami Glass are lying about the evil that is present in her small English town. And so, throughout the series, Kami Glass uses the school paper as a way to convey important truths and lend courage to people: 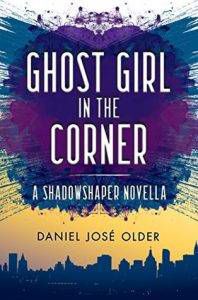 Izzy from Ghost Girl in the Corner by Daniel José Older: To be honest, I felt like Shadowshaper would have suited this list a little better, but there’s something interesting about this novella. It takes place after Shadowshaper—which, more or less, had a happy/conclusive sort of ending**—but the novella reminds readers that there are no endings in real life. Things just keep on, so you basically have to keep on too. This is where Izzy’s confidence comes in handy:

“I treat this / Like Imma beat this.” […] “Imma complete this/ you can’t delete this,” Izzy rapped as Culebra fell back in behind her. “I got a whole lotta ships / you fleetless.”

A lot happens to Izzy and her girlfriend Tee in this installment of the Shadowshaper series, but Izzy exudes this confidence—even if she doesn’t always feel it—and it’s like a balm for readers. Plus, it was just an incredible scene: Izzy had to edit and improvise most of her lyrics in front of a pretty large audience. The ease with which she does so is inspiring. (Tangent: Why isn’t this series a hit Netflix TV show already?) 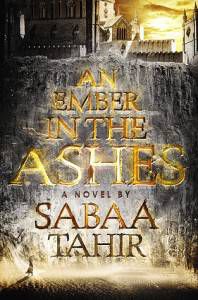 Laia from An Ember in the Ashes by Sabaa Tahir: I recently picked up the sequel to this one, so, naturally, An Ember in the Ashes has been lurking in my head lately. It strikes me now that I have an affinity for stories where rebellion begins, both from inside and outside an oppressive system. Thing is, it’s easy to be good, but it isn’t so easy to do good, especially when you are already complicit in a system that preys on those lesser privileged than you. And it doesn’t even matter if the choices that created this system happened generations before you; if you gain from it, you are complicit. And, as Laia observes, this knowledge can help us move forward:

There are two kinds of guilt. The kind that’s a burden and the kind that gives you purpose. Let your guilt be your fuel. Let it remind you of who you want to be.

I just really like the idea of turning something negative into something productive. It seems a worthy goal for this year and every year to come.

*or kitties/hamsters/lizards/snakes in bowties, if you prefer

**I sound disappointed that there’s more; I am not