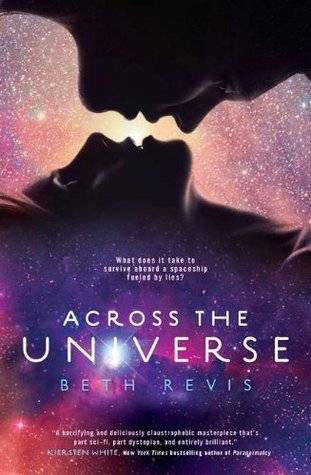 One of the joys of working in publishing, and blogging about books for that matter, is getting a surprise ARC sent your way. I wasn’t expecting to get a copy of Cecil Castellucci’s Tin Star, and now, I’m anxiously awaiting the second book.

In addition to being a reader, I’m a gamer. And I love me some Mass Effect. And Tin Star, which is a short and thrilling read at 240 pages, helped fill that hole in my life.

In Tin Star, mankind is this secondary, small species in the grand scheme of the universe. We keep to ourselves. The main character, a young girl named Tula, gets left behind on space station that totally made me think of Mass Effect’s Citadel. Castellucci manages to create some incredibly imagined aliens, everywhere! So if you’re a fan of BioWare’s modern day classic trilogy, pick this book up.

Now, why does our main character get left behind? The leader of Tula’s colony, Brother Blue, nearly beats her to death for questioning something that seems innocent enough… but clearly isn’t. I won’t ruin it for you here, but things get pretty crazy, pretty quickly. Romance, sci-fi, aliens, space, interstellar travel… this book has a little bit of everything for sci-fi geeks, and is a wonderfully quick read. Highly recommend it.

Tin Star is the first in a duology, and I’m already waiting for news about that second book. Here are a few books to keep you busy while you wait, and if none of the books I’ve listed below do it for you, there’s actually an RPG version of the novel. You can download it over on Castellucci’s blog. Across the Universe (Beth Revis): The first book in Across the Universe focuses on Godspeed, a ship that’s taking colonists to a planet three hundred years away. And as the ship makes its way, there’s basically a whole civilization of people that live on it, piloting it, living and dying as the frozen colonists await to be woken up. The story introduces readers to a girl who is awoken early, by one of the people who lives their lives on the ship… and the resulting drama.

There are three books in the series, so I won’t tell you much more. But it’s all just great. And there’s also an ebook exclusive short, As They Slip Away. Just a little bonus read after you’ve finished the third book. Beyond Our Stars (Marie Langager): Mankind had touched down on a beautiful, but strange, new planet… and is immediately overwhelmed by an alien society that conducts virtual experiments on them. What remains of mankind is forced into large holodecks, with scenarios that range from the simple to the deadly.

It’s a fun read that definitely keeps you guessing, especially as drama mounts among the humans, some of who think the aliens are bad and others who think they mean us no harm. And, like Tin Star, it’s a quick, light read, clocking in at 113 pages. Easy to read in a single night. And chances are you’ll be so into it, that you absolutely will. Black Hole Sun (David Macinnis Gill): The Hell’s Cross series by David Macinnis Gill holds a special place in my geeky heart. Set in the distant future on a terraformed Mars, Gill’s series reads like Firefly in the form of three wonderfully witty sci-fi YA novels.

That’s high praise, but I’m serious. The characters are incredibly memorable, the plot is thrilling, and really, it’s one of those YA books that makes me want to write. Gill is an author that totally gets me.

And keep an eye open for the geeky pop culture references scattered throughout. There’s a character named Leeroy Jenkins, you guys. For Darkness Shows the Stars (Diana Peterfreund): This was one of those rare books that, once I saw a handful of tweets about it, I pre-ordered it immediately.

Someone on the Internet said “hey this book is Jane Austen in space” and that was it. I needed to have it.

And good news! The sequel, Across a Star-Swept Sea, continues the retelling with a sci-fi slant, this time with The Scarlet Pimpernel. I’ve yet to pick that one up, but it’s definitely on my to-read list.

Edit: And this book doesn’t take place in space. Oh well. Based on praise from friends, I’m still excited to dive in.

Now! What are some of your favorite space adventures in YA? There sure are a lot of them. Let’s hear some!