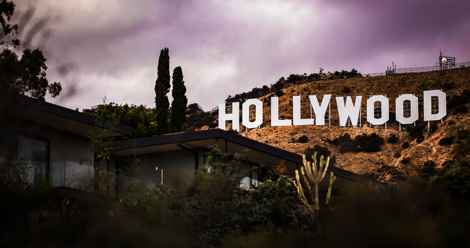 This month marks two years that I’ve lived in Los Angeles. I love absolutely everything about this city. The food. The year-round sunshine. The sprawling neighborhoods. Even when I’m stuck in bumper-to-bumper traffic, the sight of the Hollywood sign sticking out from the jagged hills or the leaves of palm trees silhouetted against a sunset never fails to quicken my heart. In order to celebrate my two-year anniversary of living in this wonderful place, I rounded up seven great YA novels set in Los Angeles: 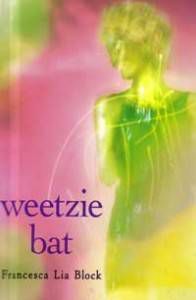 My best friend introduced this book to me when I told her I was thinking about moving to L.A. From chapter one, the novel gripped me with its magical prose and depiction of an edgy, electrifying, amplified version of Los Angeles. Weetzie Bat follows a girl of the same name who is granted three wishes by a genie. After making these wishes, Weetzie Bat and her best friend Dirk move into a fairytale-like house together and embark on epic adventures around the city. They go to rock concerts, drink champagne on the beach, fall in love, and experience crippling heartbreak and loss. Weetzie Bat made serious waves when it was first published in 1989; it’s one of the most iconic YA novels set in Los Angeles.

Tip: grab some knishes from Canter’s Deli or a burrito from Oki-Dog and cruise down palm-tree-lined streets with the windows down like Weetzie Bat and Dirk. 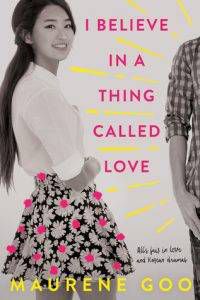 Desi Lee is an expert planner. So she figures that all she needs to get the first boyfriend of her dreams is a well-thought out strategy. She studies the Korean soap operas that her Dad watches obsessively to figure out how the show characters always find a way to end up together in the end. Thus, Desi’s 24 “K Drama Steps to True Love” is born. This new blueprint in hand, Desi embarks on a hilarious and often-cringe-worthy quest for Luca Drakos’ heart.

Tip: visit Wi Spa in Koreatown and watch some K-dramas while relaxing in one of their five exclusive sauna rooms. 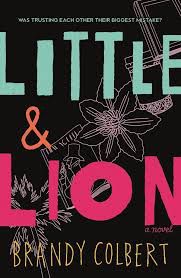 Suzette comes home from boarding school the summer before her senior year and finds that everything is different. Her older step-brother Lionel, on medication for his recently diagnosed with bipolar disorder, acts withdrawn and distant. Emil, her long-time family-friend, is suddenly looking cute and flirting with Suzette any chance that he gets. Her friends all party way harder than last summer. Then, Suzette meets a girl named Rafaela who immediately captivates her. Her attraction to Rafaela makes her question her entire identity. As much as she wants everything to go back to the ways things were, Suzette has to realize that everyone changes—including herself.

Tip: read this book while munching on an al pastor burrito from your favorite local taco truck like Suzette and Lionel do in the opening chapters of this novel!

A dear friend gifted Everything Leads to You to me when I first announced my intent to relocate to L.A. The book follows Emi and her best friend Charlotte during a summer internship on an indie film. After stumbling upon a letter from the recently-deceased movie star Clyde Jones, Emi and Charlotte meet Ava, Jones’ granddaughter. Ava is an aspiring actress who helps Emi navigate the simultaneous fantasy and disillusionment of the movie industry. Emi finds herself falling for Ava, and the two begin a sweet and loving relationship. Everything Leads to You has been rightfully praised for showcasing a side of Hollywood that is not often talked about in popular media. Emi’s passion for set design is earnest and fascinating, and her friends’ ambitions are just as engrossing. LaCour’s depiction of the city is timely and refreshing, making it one of my favorite YA novels set in Los Angeles.

Tip: check out a weekend estate sale to find hidden treasures like Emi does to prepare for a big shoot day. 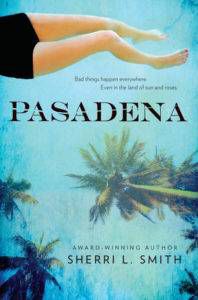 Borrowing from a tradition of film noir set in the City of Angels, Pasadena is a dark novel about sex, drugs, and murder. Jude’s best friend Maggie’s drowns, an apparent suicide. But Jude knows better. She resolves to solve the mystery of Maggie’s murder. Everyone in her life becomes a suspect. As Jude inches closer to the truth, secrets she long tried to keep buried threaten to come out. The book features complex characters navigating diverse racial, ethnic, and class backgrounds. Smith’s L.A. is moody but not overly-morose, making Pasadena one of the more gripping YA novels set in Los Angeles that I’ve read in awhile.

Tip: after you finish this gripping read, head on over to Vroman’s Bookstore in Pasadena and pick up another great YA novel! 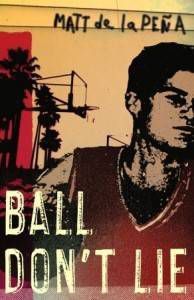 Travis “Sticky” Reichard, an impressive basketball player, has a troubled past. He spends most of his time at the Lincoln Rec courts to avoid his foster home. Sticky is talented enough to use basketball as a means for a better life. But he can’t shake his childhood trauma. Ball Don’t Lie is an intimate portrait of the pressures that face low-income kids living in urban areas. De la Peña’s debut novel received heaps of praise for the rhythmic and emotional writing that captivates you from the first page.

Tip: shoot some hoops at Lincoln Rec in East L.A. or any number of public courts. Try hidden West-Hollywood gem Plummer Park or the excellent people-watching courts in Venice Beach! 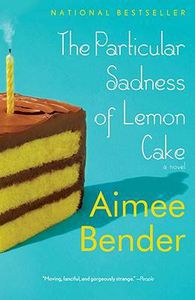 While not technically shelved as a young adult novel, The Particular Sadness of Lemon Cake is a novel that follows Rose Edelstein at three different points in her young life. When she turns nine years old, she discovers that she has the ability to discern emotions in food. Specifically, she takes one bite of the lemon cake that her mother bakes for her birthday and instantly tastes despair. At age twelve, Rose’s tastebuds learn of her mother’s affair during dinner one night. She also learns—through food—of her father’s emotional detachment and her brother’s deep psychological troubles. At seventeen, Rose takes a job at a restaurant and finally learns to reign in her ability to help others. This book is a punch to the heart. Its emotional prose escalates in a bizarre twist that will leave you reeling long after you’ve closed the book.

Tip: book a reservation at Papilles Bistro once you finish this book. The restaurant opened months after the book was published. But I still like to pretend that Papilles is truly the tiny French joint that eventually saves Rose.

Check out these other books set in Los Angeles!