I’ve been reading YA books for 15 years, and I am never not excited to hear that a YA book is being adapted for film or TV. Luckily we live in a golden age for YA movie adaptations, and while you’ve all probably seen The Hunger Games or Divergent, there are loads of other YA books being adapted as well—so many, you might not have heard of them all. These under-the-radar YA movie adaptations may not have gotten the media buzz of The Hunger Games or the word-of-mouth support of Love, Simon (out on digital/DVD/Blu-ray now!), but they’re definitely worth a watch. While they’re not on Netflix, they all are available to stream right now! 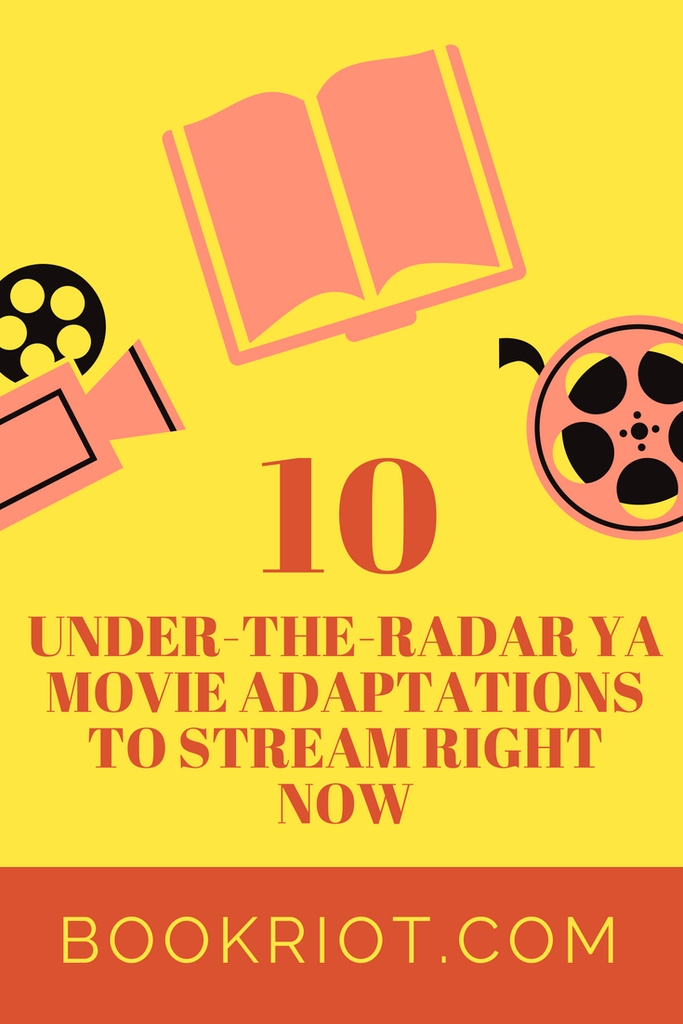 [Disclaimer: I list availability on streaming sites in the U.S. at the time of publication. Availability varies depending on territory and may change at any time.] 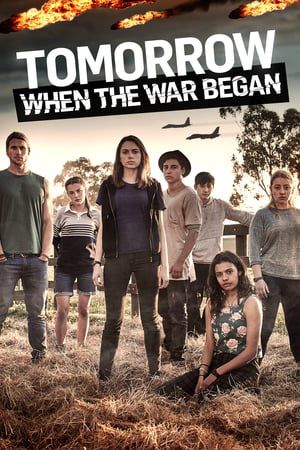 Tomorrow, When the War Began

I will always remember the summer between seventh and eighth grades as the summer I discovered John Marsden’s Tomorrow, When the War Began series, which includes seven books about a group of Australian teens who are camping in the outback when their country is invaded by an unnamed enemy. Rather than join their families in captivity, they become vigilantes. I hadn’t read the books in nearly ten years when I watched the movie adaptation, and I was surprised at how good it was. The action and terror of realizing that a callous enemy now controls your entire country was balanced pretty nicely with the humor and interpersonal drama. This movie covers the events of the first book. Available on Amazon Prime. 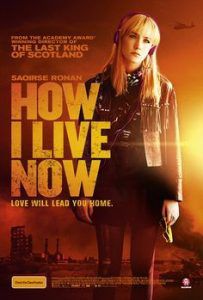 How I Live Now

Based on Meg Rosoff’s book of the same name, the movie follows Daisy (Saoirse Ronan!), an American teenager sent to live on her aunt’s farm for the summer in the near future, even as Europe is bracing for war. Daisy forms an intense connection with her cousins that only deepens when war breaks out, her aunt disappears, and they’re separated by the ensuring violence. This movie is atmospheric and intense, but like the novel, it focuses on Daisy’s journey from apathetic teen to someone who cares deeply about her family and will do anything to protect them. Available on Prime Channels and Hulu. 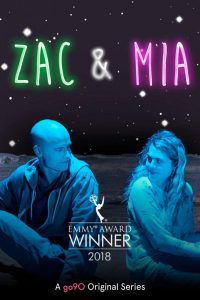 And here is another movie adaptation based on an Australian book, Zac & Mia by A.B. Betts! Zac is the only teenager in the children’s oncology ward, until Mia joins him, upending his expectations in the monotony of cancer treatment. This is a series! Season one is available for streaming, and it looks like season two is in the works! Watch on the go90 website. 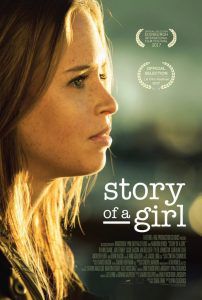 Story of a Girl

This a Lifetime movie adaptation of Sara Zarr’s National Book Award Honor debut novel is spectacular. I had to see it immediately because I loved the book, but also because it’s directed by Kyra Sedgwick, who is amazing. This adaptation does a beautiful job of updating the story for this decade while staying true to the heart of the original novel, and the movie is especially resonant in how it deals with slut-shaming. The family dynamics are what I remember most from reading the book nearly ten years ago, and the movie captures them with wonderful nuance. Because it’s a Lifetime movie, most sites consider it a TV show, and therefore you can’t rent it, but you can purchase it for under $5, and I promise you it’s worth it. Available for purchase on Amazon and iTunes. 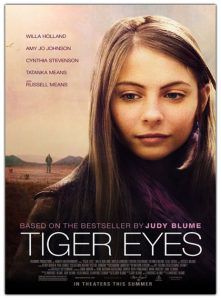 The adaptation of Judy Blume’s novel of the same name was written by Blume and directed by her son, Lawrence Blume. It’s about Davey, who is still reeling from her father’s murder when her family is uprooted and moved to New Mexico. Considering Judy Blume’s immense popularity and influence on children’s and YA lit over the last four decades, it seems kind of wild that this is the first book of hers to be made into a major movie! Available on Amazon Prime. 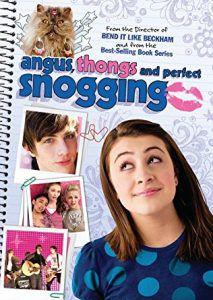 Based on the novel Angus, Thongs, and Full-Frontal Snogging by the late great Louise Rennison, this movie is about as over-the-top and endearing as Rennison’s Georgia Nicolson series. It’s difficult to reduce ten zany novels into one movie, so this film mostly follows the events of the first book, with some slight deviations. It brought me almost as much delight as the books did in middle school, and BONUS, if you’re into seeing celebrities in small roles before they become super famous, Demelza from Poldark plays Georgia’s best friend. Available for rent or purchase on streaming websites. 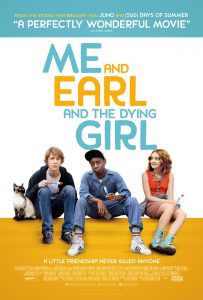 Me & Earl & the Dying Girl is the most hilarious sad novel I’ve ever read, and I won’t lie—I was nervous about the indie movie adaptation as so much of what makes the story funny is the intensely internal dialogue that’s constantly running in protagonist Greg’s head. But the movie really pulls it off—managing to be offbeat and funny and deeply heartfelt. This is probably because Jesse Andrews, author of the novel, also wrote the screenplay. It is tragically difficult to find as it’s not available in any streaming subscriptions or to available to rent. I borrowed it from the library, and I’d say it’s worth purchasing. Available for purchase on streaming sites. 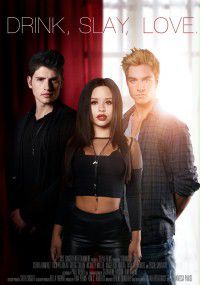 Let me just say that Lifetime is killing it with YA movie adaptations! This movie adaptation of Sarah Beth Durst’s 2011 novel, Drink, Slay, Love, is about Pearl, a teenage vampire who suddenly gains the ability to withstand sunlight and enrolls in high school as a chance to round up more victims for her vampire family. This is a perfect movie to fill that Vampire Diaries hole in your heart. Available on Prime Channels or to purchase. 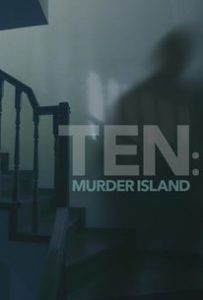 I loved Ten, Gretchen McNeil’s YA send up of Agatha Christie’s And Then There Were None, and this movie adaptation makes for a fun, shivery, atmospheric watch. Ten teens go to a vacation house on an island during the off-season and find themselves stranded there in a horrific storm as someone slowly begins picking them all off. I’m a wimp when it comes to horror movies, but this one wasn’t too intense for me. Available for purchase on streaming sites. 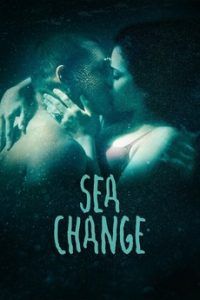 Aimee Friedman’s summer novel with a magical twist, Sea Change, was adapted by Lifetime as well. In this movie, Miranda travels to her family’s home on Selkie Island and discovers a surprising connection between her family and a secret race of sea creatures. You’ll recognize a lot of actors in this adaptation from other YA movie adaptations and YA-adjacent shows in this movie, which will make you want to hit the beach. Available for purchase on streaming sites.

What YA movie adaptations are you looking forward to seeing this year?