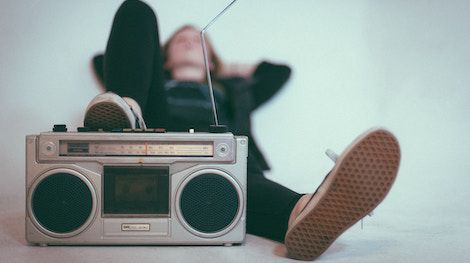 Earworms are the best/worst thing. For those who aren’t familiar with the term, earworms are those songs that get stuck in your head for whatever reason. It could be that you heard it in a commercial or on your streaming music service of choice. It could be that you woke up with the lyrics to “Frosty The Snowman” in your head in the middle of March for no reason. It could also be that you’ve read book titles that call to mind the name of a song and then suddenly, you’ve got yourself a bookish earworm.

Let’s take a look at some of the recent YA earworms you have recently or may soon encounter. These book titles have gotten a song stuck in my head and continue to do so every time I run into it.

Don’t blame me when you’re singing these songs to yourself. 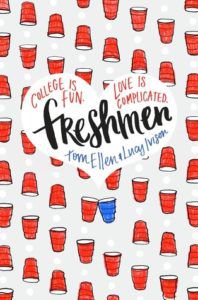 This YA title came out last summer, and it follows a girl named Phoebe who is super excited about going to college—the same college her long-time crush Luke is going to. When Luke breaks up with his girlfriend, it feels like the opportunity of a lifetime for Phoebe, especially as the two of them become closer.

But when there’s a scandal related to Luke’s soccer team and a series of texts of photos of girls in compromising positions, both Luke and Phoebe need to come to a reckoning about “the college life.”

Naturally, the book’s title does this for me. 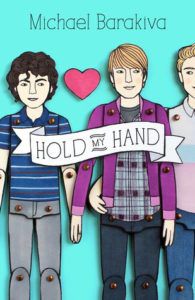 Hold My Hand by Michael Barakiva (May 21)

If you’re looking for a love story about two boys, then this is one you’ll want to make sure to pick up. It follows Alek, an Armenian American guy, who has a life before Ethan and one after Ethan—and it’s the after Ethan where he’s come out of his shell and found the confidence he never knew he had. When their six-month anniversary comes around, they’re going to do something really special to commemorate it.

But then Alek discovers something about Ethan that changes the entire course of their relationship. This is a funny book, featuring the ups and the downs of a teen relationship.

Was there any question of this earworm? 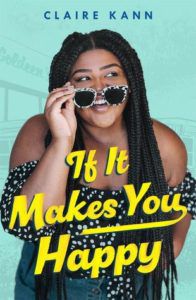 If It Makes You Happy by Claire Kann (June 4)

Amazing cover, right? In addition to the cover selling the heck out of this book in and of itself, the description makes this book a must-read. Winnie is finally out of high school and ready to start her college adventure. But first, she’ll be spending the summer working at her grandma’s diner in a small town, where she begins falling for a guy she wishes she wasn’t feeling big feelings for. Gossip travels fast in town, and with Winnie hoping to inherit the diner in the future, her reputation is coming before her—as is the unsolicited advice of neighbors for how she can lose weight and make herself more attractive.

With the diner in trouble financially and her dreams at stake, Winnie decides it’s time to do something. So, she’s entering a television cooking contest and hoping to cash in big. 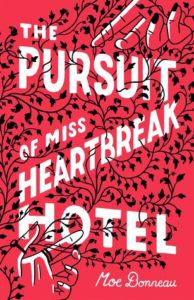 The Pursuit of Miss Heartbreak Hotel by Moe Bonneau (May 21)

This is the third book on this little list about life in that final moment of high school and about what happens after. But this one is about friendship: what happens when two former best friends reunite when one experiences a pregnancy scare?

It’s not a stretch, y’all, that this immediately got some Elvis in my head. 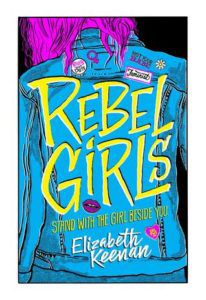 I’m obsessed with the book’s jacket as much as I continue to have mad grabby hands for the book itself. The story follows a girl named Athena living in a small, conservative Louisiana Catholic school in 1992, when her beliefs about feminism are radical, essentially making her an outcast. Then a rumor begins: Athena’s pro-life sister had an abortion over the summer. Now the two of them not only have to quash the rumor, but the opportunities presents itself to educate everyone about what it really means to be pro-life (and pro-choice).

Bikini Kill is more than appropriate for the book, too. 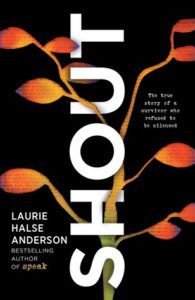 Queen of YA Laurie Halse Anderson’s memoir in verse follows her own personal experiences as a victim—survivor—of sexual assault. It’s a moving and harrowing story, with a through thread about the power of words, of story telling, and defending freedom of speech that empowers young readers and those who serve them. It’s a heavily decorated memoir and for good reason.

Even though it’s more joyful from beginning to end, I do think that the book’s song doppelgänger is appropriate:

Somewhere Only We Know by Maurene Goo (May 7)

Maurene Goo is the queen of romantic comedies and, more specifically, queen of rom coms which are named after songs. This book follows a K-pop star while she’s in a hotel preparing for her American debut and a tabloid journalist who sneaks into the same hotel she’s at and the two run into one another. Hilarity…and love…ensue.

Want more YA earworms? I’ve got you covered, of course.