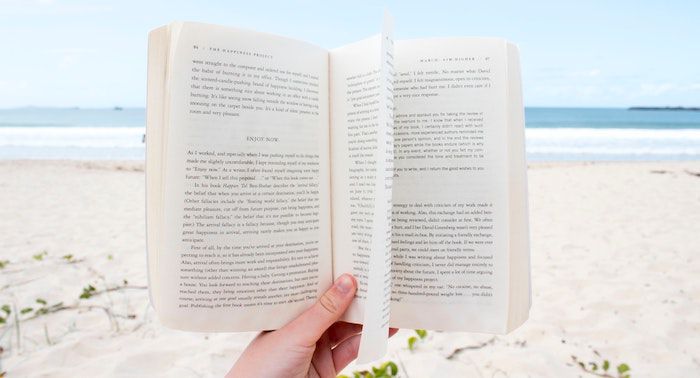 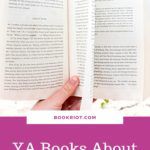 Admittedly, it’s looking unlikely that many of us will get to have the sorts of summer holidays we’ve had in years past. So let’s live vicariously with these nine very escapist YA books about summer break.

9 YA Books About Summer Break 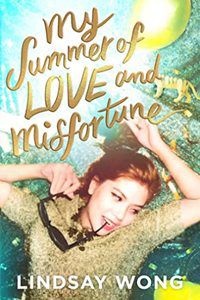 #1. My Summer of Love and Misfortune by Lindsay Wong

Eighteen-year-old Iris Wang’s parents have finally had enough of her. She spends all her time getting wasted with her slacker boyfriend, Peter—when she’s not spending way too much money on designer dresses with her best friend Samira. The last straw comes when Iris crashes her parents’ brand-new Mercedes after learning that Peter was cheating on her with Samira. She’s shipped off to Beijing for the summer, to live with her billionaire uncle and his family, and learn to become a better person.

To be honest…Iris doesn’t really become a better person. She remains irritating, wasteful, and selfish for at least 80% of the book. But the Chinese food descriptions are SO GOOD. They make me want to run outside and order Chinese RIGHT NOW. I’m also appreciative of the direction the romantic ending took, one fairly unconventional for a YA novel, and the decision Iris makes then is perhaps the only time I really feel like I’m rooting for her.

For months, Bailey has been crushing on Alex. The problem is, she only knows him online. When she ends up moving to the same town as him,  she doesn’t tell him, afraid that he’ll turn out to be a creep. Enter Porter Roth: the museum guard she loves to hate.

Some of Bennett’s books are better than others. This is, fortunately, one of the better ones, replete with an enemies-to-lovers relationship and fun plot. 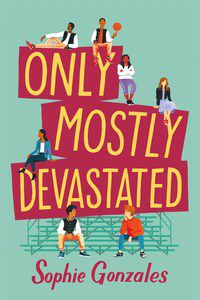 #3. Only Mostly Devastated by Sophie Gonzales

Ollie has spent the summer becoming friends—and something more—with Will, his own personal Danny Zuko. But then Will abruptly stops texting back. And when Ollie unexpectedly shows up in his hometown, he’s distinctly not pleased about it. Ollie has to learn to be sensitive of other people’s complicated responses to coming out, as well as his own feelings of self-worth.

Sadly the ending degenerates into soap-operatic unrealism. Until that point, though, this is a funny, emotional coming-of-age for Ollie (who has some amazing one-liners). 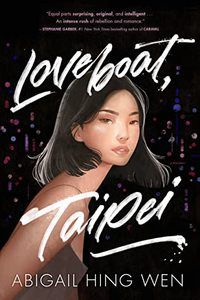 Eighteen-year-old Ever Wong’s parents have sent her from her home in Ohio to a Mandarin summer study camp in Taiwain. With her is Rick Woo, the child genius her parents have always (negatively) compared her to. But the Mandarin camp isn’t what it seems. It’s actually the Loveboat, where teenagers meet up to do things like drink snake-blood sake and go clubbing.

Ever will have to learn to navigate her newfound freedom. But how much freedom is too much?

It doesn’t stop there. Because it seems like Ethan wants to be more than friends, too…

Lori’s family has always spent summers at their lake house. To the Vader brothers who live next door, Sean and Adam, Lori has always been “one of the guys.” But she’s crushing heavily on older brother Sean. This summer, now that she’s 16, she plans on making her move. (Though not if Adam can do anything about it).

This is like a snarkier, lighter version of Jenny Han’s The Summer I Turned Pretty series. I really like Echols’s work in general—worth checking out.

#7. My Life Next Door by Huntley Fitzpatrick

Samantha Reed’s family could not be more different from the Garretts who live next door— they’re loud, affectionate, and messy. When she meets Jase Garrett one summer evening, Samantha falls. Hard. But keeping him a secret from her family is tough. And is there really any such thing as the “perfect family”?

Kate has always been “that Christian girl” at school. She’s a strong believer, and she’s never been ashamed of it before. But suddenly, her faith is being tested as never before. Over the summer, as she works as a counsellor for the Cumberland Creek Summer Camp alongside her first crush Matt, she’ll have to learn to reconcile her own sense of morality with the needs of other people. 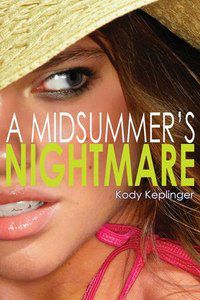 Whitley Johnson’s life has taken a left turn into nowhere. She planned to have a summer hanging out with her dad: instead, his new fiancée is suddenly along for the ride. And with her is Nathan, the guy she had a one-night-stand with at graduation.

Whitley doesn’t look like she should fit in with her dad’s perfect new family. But, over the course of the summer, she might just find that she belongs there anyway.

In a similar vein to YA books about summer, check this list of summer adventure novels!