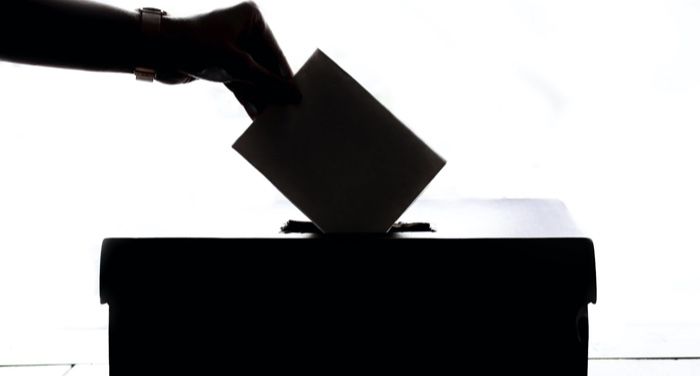 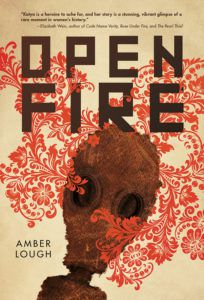 Petrograd, Russia: 1917. Seventeen-year-old Katya's life has been turned upside-down by years of war with Germany. Russia is losing the war, and soldiers are deserting in droves. Working at a munitions factory seems like the most Katya can do to serve her country—until the government begins recruiting for an all-female army battalion. Inspired by her family's history of military service, Katya enlists. As she endures the challenges of training, Katya finds a shared sense of purpose with the other women in her unit. But when the women's battalion heads to the front, Katya confronts the horrifying realities of war and must decide what she truly stands for. 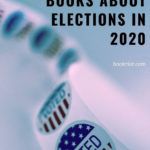 With Super Tuesday last week, the presidential election season here in the U.S. is in full swing. No matter what your political beliefs and opinions may be, it’s clear that the 2020 election season has been on a lot of people’s minds for more than a few years, as evidenced by these YA books about elections, political canvassing, and campaigning hitting shelves in 2020. Pick one (or all of them!) up if you need a great story about civic engagement and voting. 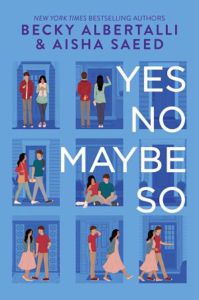 Yes No Maybe So by Aisha Saeed and Becky Albertalli

This YA novel is inspired by the authors’ own experiences canvassing for their local representative. It’s about Jamie, a shy guy hoping that his volunteer hours will be spent behind the scenes, and Maya, who has a heap of personal problems and doesn’t need to add political canvassing  to her to-do list. When they’re thrown together, they find a lot of common ground and maybe some romance as they go door to door. 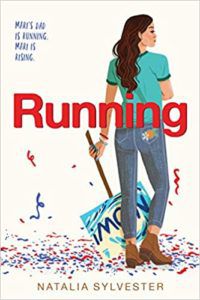 Mariana Ruiz’s dad is a senator, and now he’s running for president. As the press and tabloids invade her personal life, overturning every little detail about her Cuban American family, Mariana finds the scrutiny disconcerting. And when she begins to examine the details about her father’s policies and platforms herself, she has to reckon with the idea that her dad is not the person or candidate she thought he was. 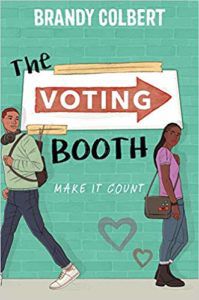 When Marva witnesses Duke being turned away at the voting booths, she cannot and will not stand for it. She’s been waiting for this day for too long, and no one else will right this injustice. Although Duke just wants to vote and get it over with, he gets caught up in Marva’s determination to make his vote count as they embark upon a whirlwind Election Day. 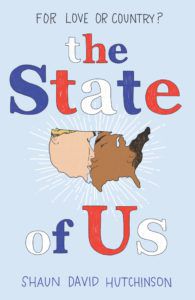 The State of Us by Shaun David Hutchinson

Dean and Dre’s parents are running for president, against each other. But that’s not the only thing these teens have in common, and they find themselves curious about each other as political events and the the media throw them together again and again. As their curiosity turns to friendship, and friendship turns into romance, the election heats up and a third party candidate  threatens their tenuous relationship. 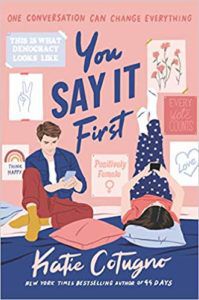 Meg is orderly and ambitious, and working at a voter registration call center is all part of her grand plan. Not part of her grand plan is calling Colby, a teen from a small town in Ohio who has more important things to do than talk to a privileged girl on the phone about politics. But this one chance call turns into a genuine connection despite their political and personal differences.

I hope these books inspire you to vote or register to vote, if you aren’t already. Most states allow you to register in advance, even if your 18th birthday is on Election Day. Head to vote.gov to learn more!